Sh. Surjit Bhujabal, Chief Commissioner, Delhi Customs Zone, dedicated the “Drishti se Shristi” project of ICD Tughlakabad Import Commissionerate which relates to renovation of five (5) blind schools and hostels in Delhi under the Swachhta Action plan of CBIC, as a contribution towards women empowerment and self-dependence of the visually challenged and/or differently-able young women and men.

The project, with cost of Rs 40.70 lakh, has direct impact on 2,100 visually challenged women and men over a 3-year time period. 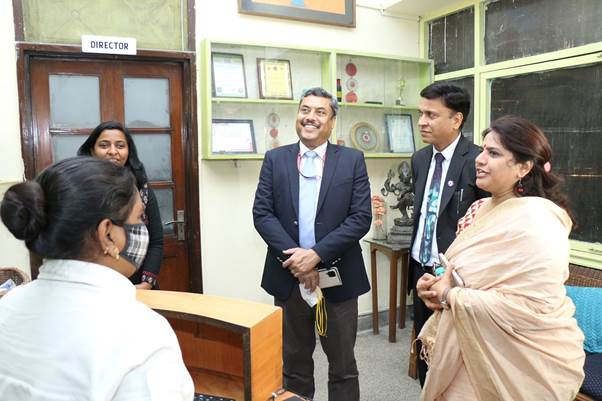 Shri Bhujabal, along with other dignitaries, also saw a film on the work done at all the 5 locations and their impact in the coming years. Senior representatives of these centres were present to present the first-hand account of the impact. The students of the centre presented a beautiful skit on the theme “Women Empowerment”. This year’s theme of International Women’s Day “Break the bias” is very much ingrained in this project as half of the beneficiaries are women students who are becoming self-dependent through education and skill set training. 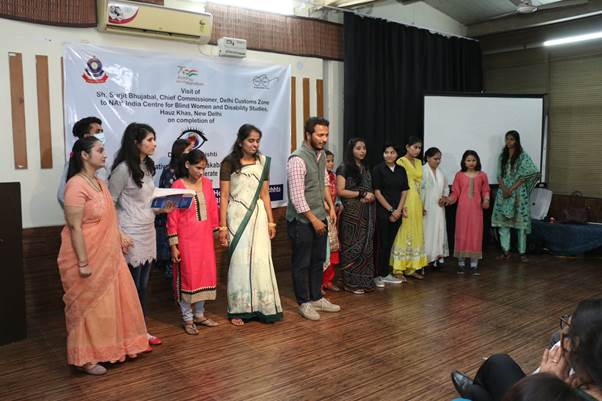 ICD Tughlakabad (TKD) since 1993, at its present location, was the second Land port to be set up in the country after Bangalore in 1983. It caters to the need of importers and exporters and is the biggest inland dry port of North India.