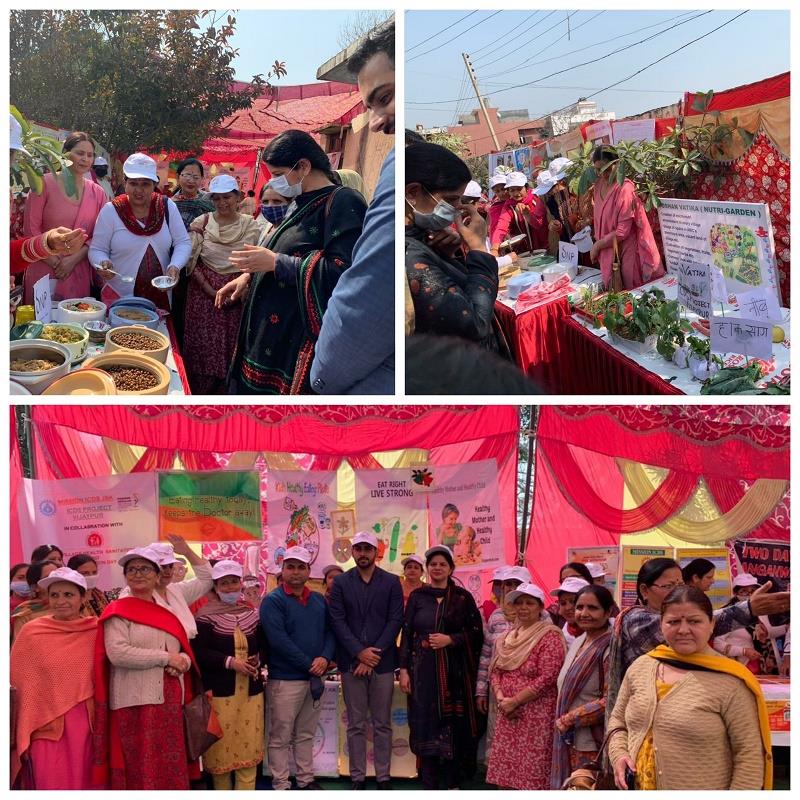 Different stalls depicting various schemes were setup in the Mela. Thrust was laid upon Handwashing/Sanitation techniques. Supplementary Nutrition for the children was prepared on the spot and was presented at one of the stall.

The Center of attraction was a stall where Model Anganwadi Center was prepared and soft toys, Earthen toys, slates, scribble books, toys from waste material etc. were depicted .

A stall on different schemes under ICDS Umbrella was also setup for the prospective beneficiaries.

The DPO, ICDS Projects Samba said that such events are much essential to reorient the frontline field staff towards their duties and also to aware the general masses who can be prospective beneficiaries of schemes under ICDS. “Under the POSHAN Abhiyan, our thrust is to get rid of malnutrition from the nation and we have to incrementally march towards this by following community based approach in this respect”, she added.

University of Nottingham: Infection with Covid-19 carries a much…