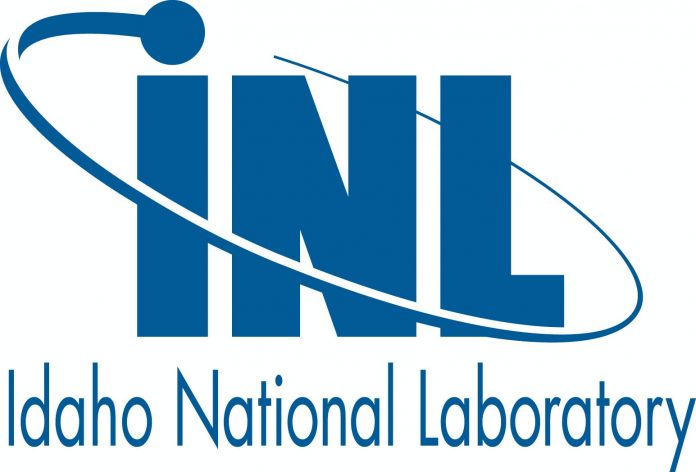 When it comes to reducing carbon emissions, energy experts have developed solutions for some big challenges.

Innovations in battery and charging technologies, for example, have positioned electric vehicles well for tomorrow’s transportation industry. And, light water, small modular and advanced nuclear reactors working in tandem with renewables and energy storage could provide reliable, flexible baseload power for the grid and heat for industry.

But some energy challenges are more difficult to crack. How do you provide carbon-free, reliable electricity for remote operations and military installations? What’s the best way to power massive cargo ships and disaster relief efforts? How, in a developing nation with an unreliable electrical grid, can operators of an aluminum factory or a water purification plant get the steady, reliable power they need?

An up-and-coming type of nuclear reactor could help answer these questions while providing a foundation for renewable energy, if the fledgling technology can survive some growing pains, according to a new report by researchers at Idaho National Laboratory.

Microreactors—small nuclear reactors that produce up to 20 megawatts of electricity or equivalent amounts of heat—were initially designed for small applications away from the centralized electric grid such as remote communities and military bases. Most microreactor designs would be built in a factory and shipped in cargo containers to locations around the globe.

When they arrive, these so-called “nuclear batteries” or “fission batteries” could be located on less than an acre and would plug into a mini- or micro- electrical grid with very few infrastructure upgrades. There, they could provide power for decades with minimal operating costs and maintenance.

The INL report, Global Market Analysis of Microreactors, identifies potential markets for microreactors in 63 countries and assesses their potential for commercialization between 2030 and 2050.

MAKING THE NUMBERS WORK
The key to making these reactors a reality is finding niche markets where the numbers work, said David Shropshire, a nuclear energy economist at INL. Shropshire coauthored the report with Dr. Geoffrey Black from Boise State University and Dr. Kathleen Araújo from the Center for Advanced Energy Studies Energy Policy Institute at Boise State.

“Nuclear energy’s share of the energy marketplace is expected decrease in the coming decades, mainly as a result of retiring old light water reactors,” he said. “But nuclear could potentially increase shares in the future if you really consider non-traditional applications for these new reactors in future markets.”

Currently, light water reactors provide roughly half of the nation’s carbon-free electricity generation. In the future, advanced nuclear technologies such as small modular reactors and microreactors could provide an essential foundation for the expansion of renewables by replacing coal plants, producing heat for industry and providing grid services such as load following and black starts.

Small modular reactors may account for only a small percentage of the world’s carbon-free energy future, but they could enable carbon reductions where other technologies come up short.

LOOKING FOR MARKETS WITH HIGH ENERGY DEMAND
For years, nuclear experts have eyed powering remote communities in places like Alaska as a potential use for microreactors. That’s in part because remote communities typically use generators powered by diesel fuel, which is expensive to transport long distances.

While microreactors still could be a good solution for remote communities, Shropshire and his colleagues looked for additional options. “We were looking for markets with fairly high energy demands verses a village that might have limited opportunities to expand its resource base,” he said. “Industrial uses, such as mining, might be a better fit.”

Since many microreactors would rely on advanced reactor designs that operate at higher temperatures, the reactors could provide heat for central district heating systems along with electricity and for commercial and industrial applications.

NUCLEAR AS THE FOUNDATION FOR EXPANSION OF RENEWABLES
Microreactors could help facilitate the expansion of renewables in these systems by providing a reliable source of power and the flexibility to operate with variable sources.

“We think microreactors could be a good option for balancing and providing resilience for wind and solar,” Shropshire said. “The question is, ‘How do you maintain a reasonable cost?”

Likewise, microreactors could be embedded in emerging global megacities with underdeveloped electrical grids to power specific applications with large power needs such as a water purification facility (desalination), an aluminum refinery or a hydrogen production facility. That way, these facilities can continue providing essential services even when the electrical grid is overtaxed or in disrepair.

OTHER NICHE MARKETS
Another potential market for microreactors is powering disaster relief efforts. In the aftermath of, say, a hurricane or an earthquake, power outages can last for months. A highly transportable microreactor could provide electricity or heat for essential services such as hospitals and water purification facilities in place of diesel generators.

In the future, microreactors could also find a use powering commercial shipping vessels and other large marine ships. “Currently, container ships use a lot of super dirty fuel that they must haul along to propel the ship,” Shropshire said. “It’s wasteful and polluting.”

MICROREACTORS COULD HELP CLOSE THE GAP
In the end, microreactors face a number of obstacles—especially cost, public opinion and regulatory challenges—before they can play a role in a carbon-free energy future.

However, in most cases, microreactors wouldn’t compete with cheaper, centralized energy sources, but rather operate in niche markets such as isolated systems—dependent on diesel or gas generators—with significantly higher energy costs.

The analysis showed that regions with growing energy demands such as Eastern Europe and Asia could provide plenty of opportunity for microreactors in distributed applications along with small modular reactors. Even in the US and Western Europe, where the share of nuclear is expected to decrease or remain steady, microreactors have a lot of potential where they could replace costly carbon-emitting energy sources while supporting renewables. “All of these uses are niche markets that are hard to decarbonize,” Shropshire said.

If industry can find these markets and build microreactors in large enough numbers—at the scale of hundreds of reactors by 2040 and thousands by 2050—industry could realize the benefits of standardization of mass produced reactors to reduce costs and make microreactors a viable option for these niche energy needs.

“…[M]icroreactors could help close the gap on zero carbon by 2050 by replacing fossil sources for electric and non-electric uses and assisting the ramp up of variable renewable sources in the energy system,” the authors said.