IFFI 52 to raise a special toast to sportspersonship

New Delhi: Showing sportsmanship spirit at its finest, four inspirational films about sports are being screened at the Sports Section of the 52nd Edition of the International Film Festival of India (IFFI) in Goa, being held during November 20 – 28, 2021.

At a time when sports competitions are being celebrated globally on a huge scale, movies based on sports have always attracted cine-goers due to their portrayal of true grit, determination, adrenaline rush and camaraderie. Further, India has registered a historic medal tally this year in the Olympics and Paralympics Games making it the best year for Indian sports. To celebrate the glory of sports on screen, this IFFI is bringing cinema lovers four International films on sports.

The films being presented in this section are Rookie by Lieven van Baelen (Dutch), Fighter by Jéro Yun (Korean), The Champion of Auschwitz by Maciej Barczewski (German, Polish) & Olga by Elie Grappe (French, Russian, Ukrainian).

IFFI Goa has a specially curated package for sports since the year 2018.

A concoction of friendship, rivaly and competition which will get your adrenaline rushing. Do catch Lieven van Baelen’s Rookie, a Dutch feature film about life and second chances. The film tells the story of Nicky, a young, ambitious and confident motorcyclist who always puts his life on the line while racing. His adventurous passion for the sport eventually gets him into an accident, leaving his world in crumbles. The film shows us how Nicky starts over and relives his dream by by coaching his nephew.

Rookie had its world premiere in the National Competition of the Brussels International Film Festival in Brussels.

A Korean film by Jéro Yun, Fighter is about a North Korean refugee Jina who comes to Seoul in the quest for a better life. She needs money to bring her father to South Korea. But no matter how hard she works, the tension between the two Koreas and the ensuing discrimination doesn’t let her save enough money. That is when she stumbles into the world of boxing, thanks to a boxing gym cleaning job. Seeing young and confident female boxers, Jina feels inspired. Whats happens next is sure to offer festival delegates a wellspring of creative inspiration. 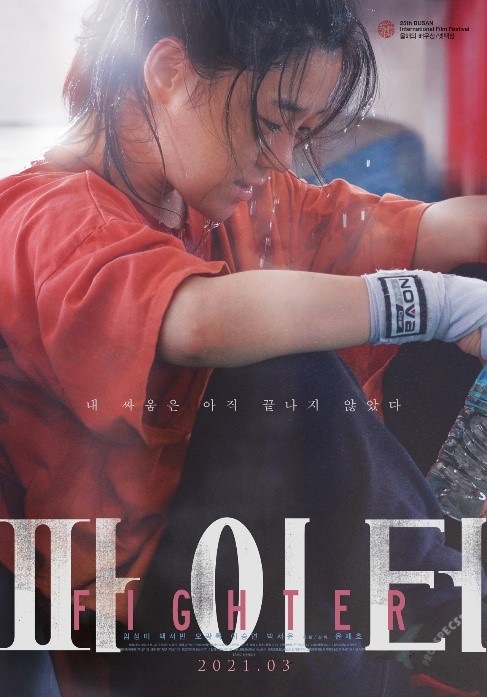 The Champion of Auschwitz

An extraordinary real-life story of perseverance and survival, drawn from the trenches of the second World War. The Champion of Auschwitz by Polish Director Maciej Barczewski brings out the forgotten story of Tadeusz ‘Teddy’ Pietrzykowski, a boxer and one of the first inmates of concentration camp Auschwitz-Birkenau.  ‘Teddy’ goes on to become a symbol of hope for victory over Nazi terror during his 3-year stay in the camp. His on-screen history has been documented in detail based on archival statements of former prisoners of Auschwitz and the memories of the pugilist himself. Cine lovers will now get to experience his journey at IFFI 52.

A compelling saga of a young gymnast, Olga is a multi-lingual eponymous film by Director Elie Grappe. Exiled to Switzerland, Olga, a talented and passionate Ukrainian gymnast, tries to make her place at the National Sports Centre. While the young girl adapts to her new country and prepares for  the European Championships, the Ukrainian revolution enters her life and shakes everything up. Watch these films at the 52nd edition of the International Film Festival of India, in order to get inspired by the confluence of sports and cinema.

Come, Experience the “Soul of Asia” at IFFI 52

‘Ikshak’, the third of the four Survey Vessels (Large) (SVL) Project, being built by…