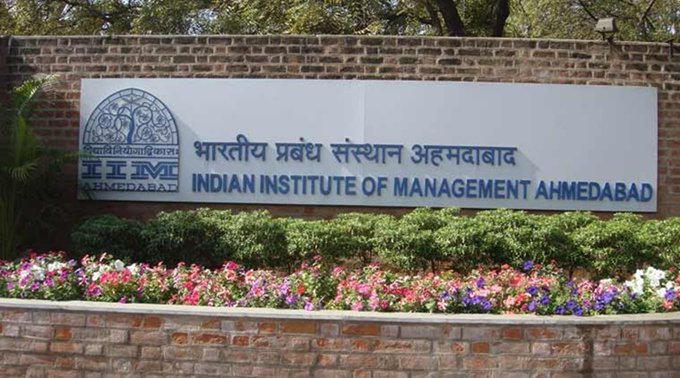 Ahmedabad: The Indian Institute of Management, Ahmedabad today announced the launch of the ‘IIM Ahmedabad Endowment Fund’. With an initial commitment of Rs. 100 Cr from 10 founding alumni (detailed list below), the fund was launched by Mr. Kumar Mangalam Birla, Chairperson, IIMA Board of Governors. The endowment aims to raise Rs. 1000 Cr over a period of five years. IIMA is the first management school in India to come up with this first-of-its-kind fund setting a benchmark and inspiring other institutes.

Speaking on the occasion, Mr. Kumar Mangalam Birla said, “Endowment funds help ensure financial health of any institute, thereby encouraging growth and self-sufficiency. We truly appreciate the Founder alumni for their generous contributions to kick-start the IIM Ahmedabad Endowment Fund. These funds will play a significant role in realizing the long-term goals of the Institute and retain its autonomy.”

Since its inception in 1961, IIMA has produced over 33,000 alumni working across India Inc., contributing significantly across corporates, fields of entrepreneurship, academia, public policy and service. With one in seven CEOs with a management degree from IIMA, the Institute has the highest number of alumni in CEO/CXO-level roles in India’s top 500 companies. IIM Ahmedabad alumni have also founded some of the finest business enterprises in the country.

Prof Errol D’Souza, Director, IIMA said, “Alumni are a source of pride and strength for the Institute. While they have contributed in many ways to support the Institute’s priorities; the endowment corpus will be very impactful as we expect it to emerge as an important source to support key strategic initiatives and innovative projects. Such a critical funding support has been missing for most Indian educational institutions and we are happy to create a benchmark.”

Under the guidance of the IIMA Board of Governors, the endowment fund will be managed by an independent Endowment Committee consisting of initial alumni contributors and the Director and Dean (Alumni and External Relations – AER) of IIMA, in their ex-officio capacity.

Prof. Rakesh Basant, Dean – Alumni & External Relations, IIMA said that “The transparent structure of the fund will help IIMA engage more actively with its alumni and they will be able to meaningfully participate in shaping the future of their alma mater. This will also help the Institute deliver greater value through contemporary, high quality teaching and research.”

“Endowments form the backbone of all great Universities around the world. Endowment is the glue that binds the University with its alumni. Greater the University, larger is the Endowment. With this initiative, the management and the alumni have sowed a seed for what will one day be a large endowment proportionate to the stature of IIM Ahmedabad” said Sandeep Singhal and Sanjeev Bikhchandani.

The Indian Institute of Management Ahmedabad (IIMA) was set up as an autonomous institution in 1961 by the Government of India in collaboration with the Government of Gujarat and the Indian industry. IIMA is the first management school in India to receive international accreditation for five years. It was the first business school in India to receive EQUIS (European Quality Improvement System) accreditation, by the European Foundation for Management Development (EFMD) in June 2008 and has maintained EQUIS accreditation since then.

In 2018, IIMA made it to the number 4 position in the Financial Times (FT) Asia Pacific Top 25 Business School Rank, ahead of all Indian B-Schools. FT conducted the ranking after considering the quality and breath of all the B-schools programmes. In addition, it has been ranked 19th in the Financial Times (FT) Masters in Management Rankings 2018 and 31st in the FT (Financial Times) Global MBA Ranking 2018. Over the years, the Post Graduate Programme in Food and Agri-business Management (PGP-FABM) of IIMA has been ranked number one globally in its category in the Eduniversal Best Masters’ Ranking in Agribusiness/Food Industry Management for three consecutive years.

IIMA features at the top position in the India Ranking 2019 (National Institutional Ranking Framework) released by the Ministry of Human Resource Development (MHRD), Government of India.

BSDU organizes an E-Quiz on “Vocal for Local: The Self Reliance Mantra” Think Big, Shop Small