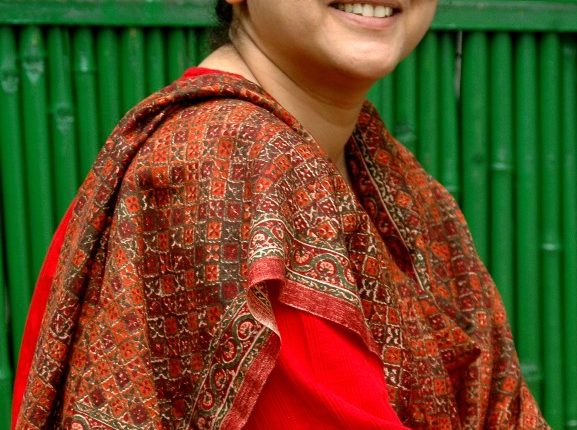 Bengaluru: “Mental illnesses  are as widespread and debilitating as other diseases, although they may not be visible like other illnesses, or people might not come forward for treatment,” observed Daman Singh, author of ‘Asylum: The Battle for Mental Healthcare in India’, during a book discussion hosted by the Centre for Public Policy (CPP) at Indian Institute of Management Bangalore.

The talk was moderated by Dr. Allen P Ugargol, Associate Professor of Practice, Public Policy, IIM Bangalore. Through an insightful question and answer session between the two, a clear picture was drawn about the evolution of mental healthcare in India, the journey through colonial times under British rule, changes post-independence up into modern times, the challenges, the bright spots and the way forward for mental health in India.

Daman Singh revealed that her motivation to write the book came from a seminar she attended at the Nehru Memorial Museum and Library that dealt with partition, communal conflict and the consequences on mental health. She got plenty of material on the dark days of asylums, how they progressively improved and how reforms took place. After she became interested in the subject, she looked at more records and found data to support her research. “My first source of information were the Annual Reports of the earlier mental hospitals, the ones in Lahore, Ranchi, Madras and Agra. These hospitals were manned by specialists who captured what was going on. They had to report medical and financial statistics, and tried to explain what they were doing, the problems they faced, and what they aimed and tried to do to bring about a positive change. I also went through national archives and old government files on different subjects, as the reports were by real people dealing with real situations”.

Explaining the basics of mental illness, she said, “When one is deeply troubled by one’s own feelings and there is changed behaviour, if the problem persists or gets worse even after talking to close people, if it starts to interfere with daily life, work, relationships, etc., then it turns into a problem that needs to be addressed by a professional. Today, we have easy access to clinical psychologists or psychiatrists and there are a number of therapies available. It can be scientifically diagnosed what is wrong, and can be handled accordingly and scientifically.”

But the situation was not always like that, about a 150 years back, she continued. “From ancient times, there were people whose behaviour did not fit in with the rest, which aroused discomfort and fear among others. These were people who were not following social norms. That was the first common reaction and reason to separate such people so that their influence was not felt by others. Under British rule, a number of asylums were opened which were underfunded, under staffed, poorly managed, there were no therapies available and it was not a pleasant experience for patients who stayed there, rather, they were harsh cruel places, places of confinement. Those places became places of silence for the patients.”

“But thankfully things changed around the middle of the 19th century, caused by a change in thinking. Mental illness was recognized as a medical problem and started to be handled scientifically by medical science. Such patients were dealt with humanely. In the western world, mental healthcare had long been refined, unlike our country. But eventually, those early asylums in India too became reformed, they gave good nourishment to the patients, engaged them in activities. According to my research, scientific healthcare in India came around the year 1900. Some of the asylums were placed under senior doctors who were trained to treat such people. I think bringing in specialists, sometimes borrowed from west, was a big step forward. The mental institutions were modernized, and through trial and error, they did their best for the patients.”

Explaining the difference between how asylums were maintained by the British in their home country vis-s-vis in British India, she said some of the Indian doctors running these hospitals came to be trained in the West. “Hence Indian doctors too, picked up better practices and theories. They started experimenting what worked and what did not. The journal, The Indian Medical Gazette, was widely read along with other publications, a lot of the doctors also wrote in these journals resulting in free exchange of ideas which became a valuable source of literature for students in the country.”

She also pointed out that sometimes there were two mental hospitals in the same area in our country – one for the British and one for Indians, where the standard of care was not same for patients of the two countries. “Probably the British government felt their people needed better standard of care than Indians. Moreover, the one for British patients was better funded and had upgraded facilities. However, eventually the two institutes tried to outdo each other, and the healthy competition led to the hospitals making great progress in favor of the patients.”

She went on to say that the hospital authorities decided to remove handcuffs of the patients, engage them in activities and occupational tasks, offered entertainment, and gave patients as much freedom as possible. “There were interesting and useful activities for the patients such as farming and sports. There was recreation – magicians, jugglers, singers, etc. came to entertain patients. There was societal involvement too, philanthropic people came forward to support patients such as taking them for picnics, gifting film projectors, pianos, or billiards tables for the hospital, etc. The hospitals went all out to give patients a decent life of dignity and get them discharged as soon as possible.”

However, there were few challenge, post-independence. Some hindrances to mental healthcare were the World War, communal frenzy after Indian independence, people being stranded on either side of border or being left behind, the Emergency, and more. “After Indian independence, in public healthcare, mental health was given low priority, more efforts were invested to control tuberculosis, malaria, maternal and child health, etc. At that time we did not realize that mental illness is as widespread and crucial as other diseases, although that may not be visible like other illnesses, or people might not come forward for treatment”.

“After the 80s, young journalists wrote about the unfavourable conditions of the hospitals, which provoked public response. Professionals like doctors, journalists, lawyers, judges, etc. became involved in the cause. Thus, there were long-term efforts, from Good Samaritans as well as professionals, changing things in India and the movement eventually veered to where we are today. There was legislation adopted to serve the cause.”

“In 1991, when India was undertaking economic reforms and wanted to fit in with, and gain respect from, the international community, that is when India made laws on human rights. It was only in 1993 that a new law came into force, so there were plenty of missed opportunities. Even the new law was not an enlightened law. The biggest problem with the new law was that it did not look seriously at human rights.”

Dr. Ugargol summed it up by saying that ordinary people became extraordinary agents of change pushing for amendments. “We now have the Mental Health Act and this legislation is crucial.”

Daman Singh said the challenges are far from over. “Even now the sheer number of such patients in the country makes us sit up and realize that we need to undertake a lot of reforms.”

Talking about the rise in counselling and outpatient services for such patients, she said in the 50s research resulted in medicine for mental illness patients, which meant that a person could be treated in the hospital as well as at home. “Since then, from somewhere in the 70s, the movement for outpatient treatment has become stronger. May be we are able to now deal better, but have a long way to go.”

To that Dr. Ugargol pointed out that the pandemic has also shown us how mental health can take a turn for the worse, which has lent focus to the increased need in counselling and outpatient services.

Answering how medical science could identify cause of such behaviour, she replied even today we do not know the exact causes. “But we know how symptoms come about, so a lot of times we treat symptoms without knowing the underlying cause”.

She concluded by saying that she did not just write this book for health policy makers or experts, but also for non-experts, who can gain insight into the problem and contribute their bit for the cause.

Congratulating her on the book, Prof. M S Sriram, Chairperson and faculty, Centre for Public Policy, said that the book brings out in the fullest way that we are not dealing with policies only, but lives of human beings. “It highlights that such patients need dignity and respect just like others”, he observed.