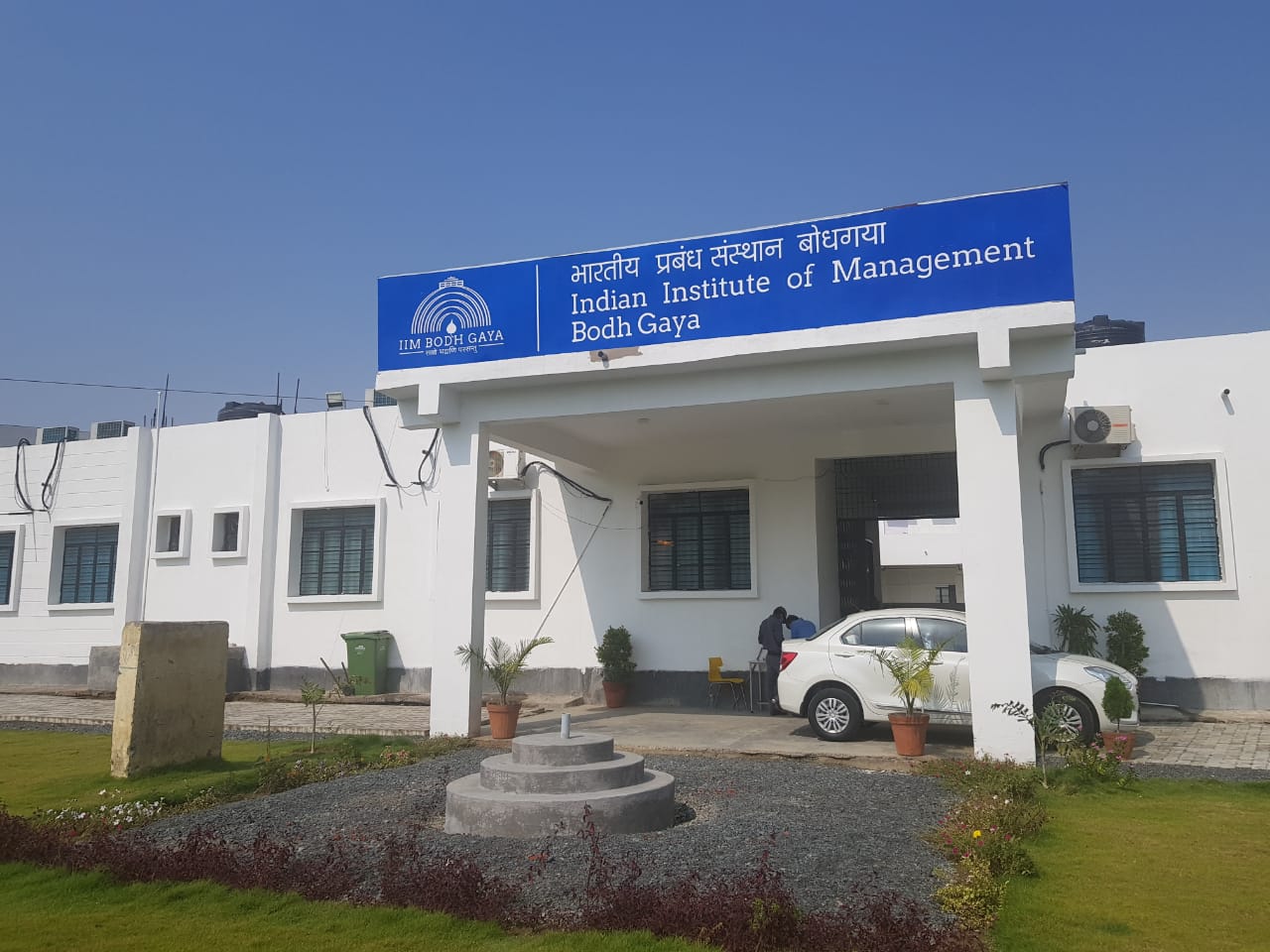 Bodh Gaya: Indian Institute of Management, Bodh Gaya continued the Orientation Program 2020 for the 6th PGP batch and the 1st Ph.D. batch after a successful first day. The second day addressed topics which were much more personal and closer to home compared to the heavy focus on corporate interactions in the previous day. The sessions featured topics like mental health and wellbeing, motivation, work and skill development, and various aspects of the college life and administration.
The day began at 8:30 am with a Mindfulness Session by Mr. Sean Fargo, Mindfulness Consultant and Founder, Mindfulness Exercises, an organization based in California, USA. The session began with Mr. Fargo helping the students relax and freshen up from the hectic schedule of the previous day through mindfulness and reflective exercises. Then, he described his philosophy and beliefs regarding mindfulness. He shared with the IIM Bodh Gaya fraternity various anecdotes and instances from his life and how they impacted him and his philosophies. He appreciated the institute’s motivation in inculcating mindfulness as one of its guiding value moving forward and commented on how this would help in the holistic development of all stakeholders of IIM Bodh Gaya and society as a whole.
The session then proceeded with the chairpersons of the various committees of IIM Bodh Gaya taking center stage – figuratively. The first to speak was Dr Sabyasachi Mohapatra, Chairperson – Placements. He heads the Placement Committee, which has now been rebranded as the Career Development Cell to highlight the new values it hopes to embody. Dr Mohapatra spoke about the importance of placements in any B-schools and the achievements of IIM Bodh Gaya in this aspect. However, he also emphasized on the fact that many such institutions are developing a tunnel vision regarding campus placements and are getting reduced to mere employment agencies, and how this impacts the careers of their students down the line. To combat these shortcomings present in the existing structure, the cell has adopted several new measures and policies for the holistic career development which focuses not only on the present prospects of the students but their future growth as well. He said, “Given the current scenario, job trends of the past are no longer relevant. Students must be ready for everything to make sure they are ready for their corporate lives, and we want to make sure we prepare them for it in the best manner we can”. One of the first measures to be implemented is the Mentorship Program developed and headed by Dr Anirban Sengupta.
This was followed by the other committee chairpersons speaking about the structure, functioning and expectations of their respective committees. Dr Prabhat Ranjan, Chairperson – Admissions talked about the achievements of the Admissions Committee in the current admission season, and the expectations placed on the student representatives. He welcomed applications from the new students for the role of student representative once the admission process began. Dr Samant Saurabh, Chairperson -IT, Dr Medha Srivastava, Chairperson – International Relations and Dr Soumyajyoti Banerjee, Chairperson- Student Affairs followed him in introducing their respective committees to the new students, highlighting their achievements and briefing on the selection criteria for the new batch. They were also assisted by the members of their respective committees.
Next up was Corporate Communications Committee, also called the Media and PR Cell. Led by Dr Manaswita Bharadvaja, Chairperson – Public Relations, the committee members described in details the purpose and functioning of the committee, its achievements in the last year and the plans for the upcoming year. The committee also announced its expectations from the student representatives who would be selected and inducted into the family very shortly. The morning session ended with Dr Tamali Chakraborty, Chairperson – Library introducing her committee to the new students.
The afternoon session began with a panel discussion on the topic “Capabilities/skill sets needed in New Age Jobs”. The panelists were Mr. Pankaj Kumar, Head, Training Capabilities Development and Human Resource Management, Tata Steel and Mr. Aditya Pal Singh, Head, Talent Acquisition India, Informatica. The panel was moderated by Dr Sabyasachi Mohapatra. The discussions provided a detailed perspective into the process of talent acquisition and how it is changing with respect to the current scenario. Going forward, jobs would focus on certain skillsets very deeply and the panel emphasized on the urgent need for present day job seekers to acquire them. The panel also touched on some of the best practices for students to develop and advertise themselves. The discussion ended with students interacting with the panelists.
The final event of the day, and the Orientation Program 2020, was a talk by Swami Sarvapriyananda, Minister and Spiritual leader of the Vedanta Society of New York, titled “Turning Inwards: Vedanta and the Science of Happiness”. The focus was once again shifted to the topics of mindfulness, inner peace, and happiness – values that IIM Bodh Gaya seeks to incorporate into itself. He described many Upanishadic teachings and their significance in the modern context. He presented a very unique perspective regarding the achievement of happiness as found in ancient Indian knowledge, but with relevance in the present day. Every participant gained immeasurable benefits in their pursuit of inner peace and sustainable happiness.
The Orientation Program 2020 concluded with Dr Vinita Sahay, Director, IIM Bodh Gaya delivering a vote of thanks, and once again welcoming all the new members of the IIM Bodh Gaya fraternity and wishing them the best for their upcoming journey.

Notebook announces the appointment of Maj. Gen. Neeraj Bali, Sena medal (Retd.) on its board of advisors