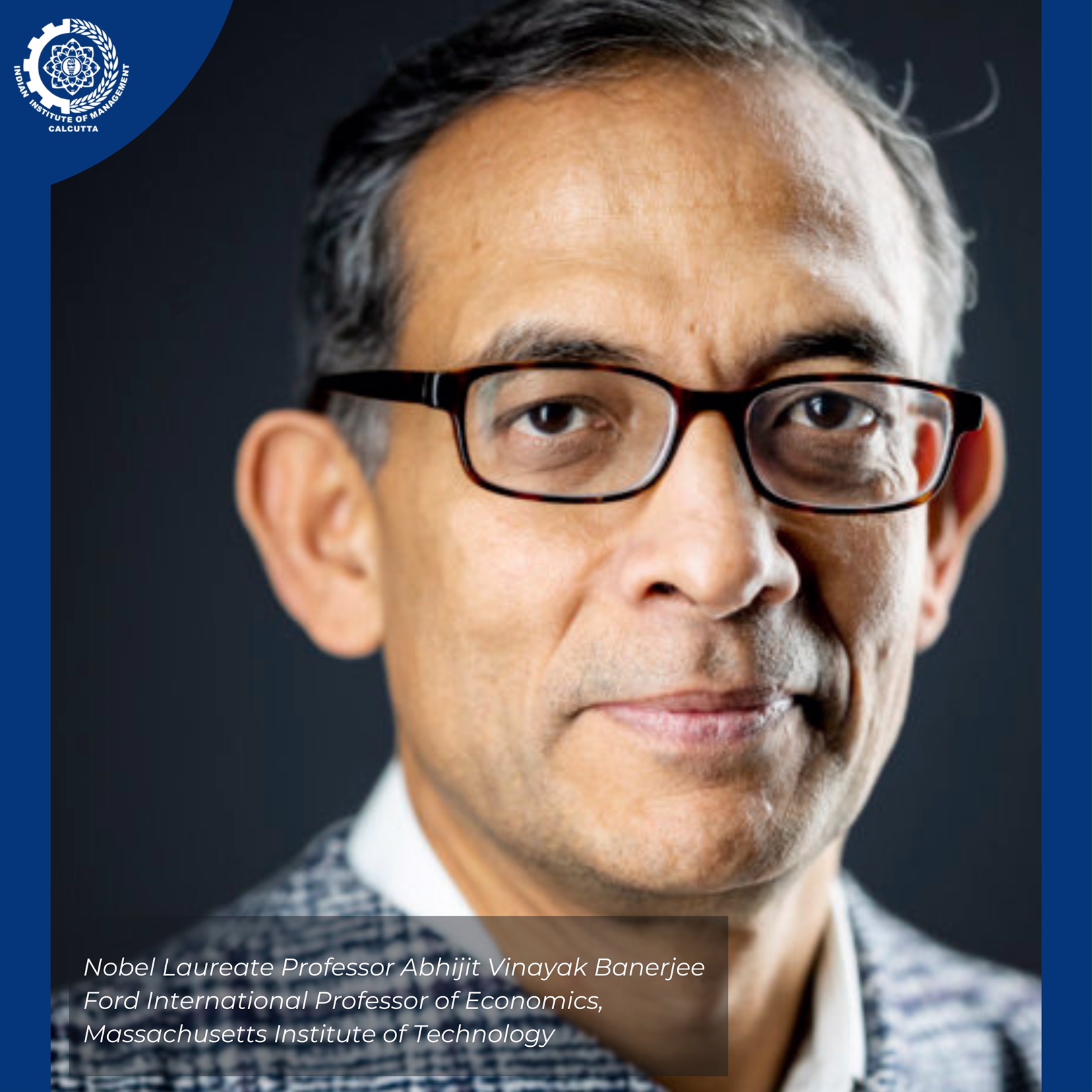 Kolkata: The Indian Institute of Management, Calcutta organized virtually the third edition of the Professor Amitava Bose Memorial Lecture on 9th February. The lecture was delivered by Nobel laureate Professor Abhijit Banerjee.
Late Professor Amitava Bose joined IIM-C in 1974 as an Assistant Professor and was a Professor at the institute since 1980. An expert at macro Economics, he never took his erudition seriously. He went on to become the director of IIM Calcutta and was known as a renaissance individual and possessed a huge sense of sartorial elegance. Prof Bose continues to be an inspiration to legions of students and the memorial lecture is a tribute to admiration everyone at IIM-C has towards him.
Amidst a virtual audience of over 500 people from across the globe with a mix of students, professors and economists, Prof Anju Seth, Director, IIM Calcutta welcomed the distinguished speaker Nobel Laureate Prof. Banerjee to speak on the perceptive subject of the ‘Poverty trap’. Honouring Prof Amitava Bose’s legacy, Prof Seth shared that she herself was his student at IIM-C and reminisced engaging conversations with him both inside and outside the classroom.
Abhijit Banerjee is a Ford Foundation International Professor of Economics at the Massachusetts Institute of Technology. In 2003, he co-founded the Abdul Latif Jameel Poverty Action Lab (J-PAL) with Esther Duflo and Mullainathan, and he remains one of the Lab’s Directors. Banerjee is the past president of the Bureau for Research and Economic Analysis of Development, a Research Associate of the NBER, a CEPR research fellow, International Research Fellow of the Kiel Institute, a fellow of the American Academy of Arts and Sciences and the Econometric Society. He has been a Guggenheim Fellow, an Alfred P. Sloan Fellow and a winner of the Infosys Prize.

Prof Banerjee is the author of a large number of articles and four books, including Poor Economics, which won the Goldman Sachs Business Book of the Year, and Good Economics for Hard Times, both co-authored with Esther Duflo. Banerjee has served in the U.N. Secretary-General’s High-level Panel of Eminent Persons on the Post-2015 Development Agenda. He is a co-recipient of the 2019 Sveriges Riksbank Prize in Economic Sciences in Memory of Alfred Nobel for his groundbreaking work in development economics research.

Prof Banerjee spoke of his long association with Prof Amitava Bose who was his father’s- the legendary Prof Dipak Banerjee- student. Amitava da was a great inspiration to a young Abhijit who had intellectual aspirations. The subject of Prof Banerjee’s session was about ‘Temporary Interventions and its impact on Poverty Traps’. He explained the theoretical framework of capital accumulation model and showed how one- time temporary boost in capital stock can lead to breaking away from the poverty trap to virtuous cycle leading to huge social returns on investment. He then discussed various reasons why poverty traps exist including his work on credit constraints and risk appetite constraints of the very poor which leads to the poverty trap. Prof Banerjee elaborated with imperial evidence by showing results from multiple randomised controlled trial (RCT) conducted in Ghana, Honduras, India and Bangladesh etc to hint that short term interventions can have a huge impact to overcome poverty traps. He concluded that this has key implications in terms of policy design and social sciences.
The lecture was followed with an interactive Q&A session with the participants.

India Education Diary Bureau Admin Mar 2, 2021
Jammu : A one day workshop was held in the Government Medical College Jammu on the topic “Wonders of…

Health check up of students begins in Govt schools of Kashmir, winter…