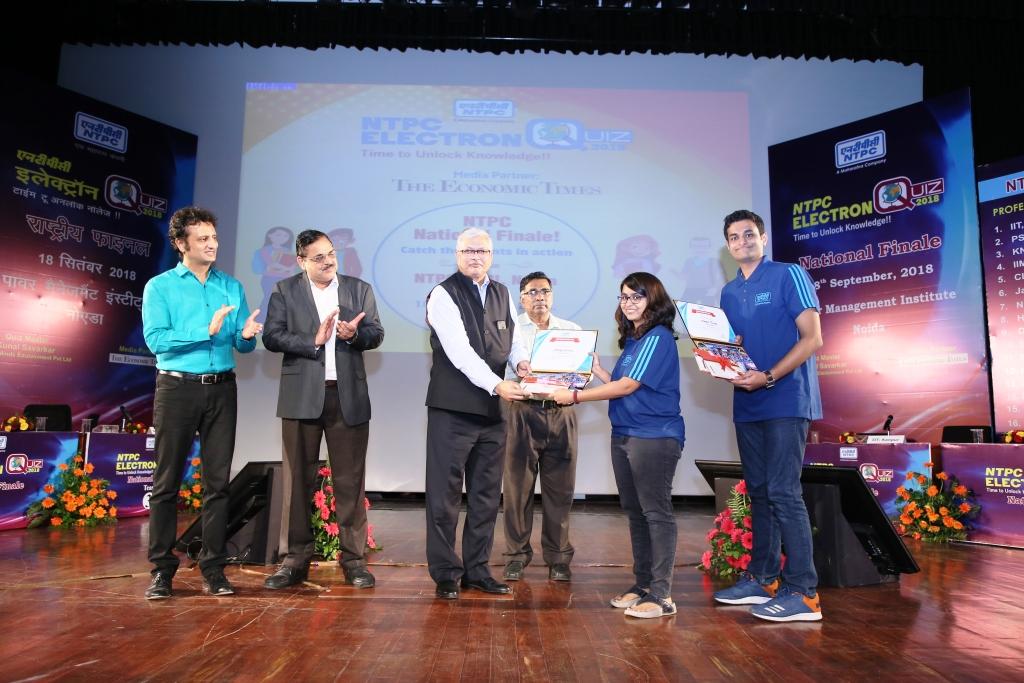 The finale saw close competition with teams battling it out for the title till the very end. Samyak Ponangi & Shaurya Saxena from IIM Indore won NTPC Electron Quiz National Finals 2018 with a leading score of 131, Pradunma Choudhury & Anshul Roy from IIT Kanpur came second with a score of 122 and Swayambodha Mohapatra & Abhishek Patra from NIT Rourkela finished with a score of 108.

This year, the NTPC Electron Quiz, generated an increased level of interest amongst students across India and witnessed unprecedented rise in participation. About 800 teams from leading institutes encompassing 1500 students participated in this year’s competition.

Seven Faculty Members and an alumnus of Central University…

The NTPC Electron Quiz 2018 started from Patna on 31 August 2018 and saw participation from all engineering and business schools across six locations at Kolkata, Lucknow, Noida, Hyderabad and Mumbai.

Hyderabad saw the maximum number of teams of 406, followed by Lucknow with 110 teams, Patna with 89 teams, Noida with 71 teams, Mumbai with 68 teams and Kolkata with 30 teams.

NTPC Electron Quiz started in the year 2004 and since then it has been successful in connecting with young minds with an aim to develop a healthy learning and development culture. NTPC is committed to introducing a new perspective on quizzing that is non-conventional, yet powerful learning tool for the young India.

Shri K.M Prashanth, AGM (Corporate Communications) and Shri Sujeet Varkey, AGM (HR) had conducted the Regional Rounds in six locations. Shri Kunal Savarkar who has conducted more than 1000 quizzes in the course of 15 years of his career conducted the Finals of the NTPC Electron Quiz 2018.