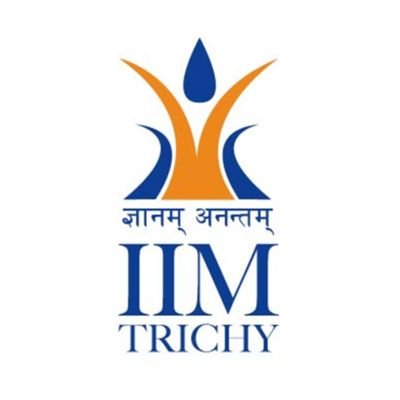 The ceremony began with a prayer followed by the address by the Chairperson of the Student’s Affairs Council, Dr. P Saravanan explaining the history of Dhruva and his anticpation for Dhruva 2021. This was followed by an address by the Dean of Administration, Dr. Godwin Tennyson commending the efforts taken by the students in organising the fest. Dr. Pawan Kumar Singh, Director of IIM Trichy, then addressed the gathering, he appreciated the talent IIM Tiruchirappalli attracts in every batch and how that culminates into the creation of a stimulating business fest. He also expressed his enthusiasm for cricket and his excitement to welcome the Chief Guest Shri Aravinda de Silva.

Shri Aravinda de Silva engaged the students of IIM Trichy in an insightful talk highlighting his learnings from the world of sports and how he has applied the same in his business career since. Speaking of his passion for cricket he said, “Passion is the most important criteria for a student” as he connected his learnings on the field to that in classrooms. He advocated teamwork and the ability to learn from mistakes as his most important takeways from his career in cricket which he continues to apply today. He also emphasized that Buddhist Philosphy helps to maintain his poise.

Speaking of his role in the 1996 World Cup during which he lead his team to a victory, he said, “We had a bit of a slow start but the batting line up had a lot of experience down the order”. He emphasized on the importance of eradicating fear in order for the team to play to the best of their abilities. “We told them not to worry about getting out on a zero” Shri Aravinda de Silva recounted fondly.

He also shared his views on management styles and stated that the most critical factor in being a successful manager is the ability to identify and understand talents and bring it together in a team. Citing the rise of the T20 format, Shri Aravinda de Silva stated the necessity of keeping up with pace of changes, “Things keep changing, you need to be innovative and be aware of what is happening around you.” He also suggested that everyone and especially sportspersons should know to manage personal finance better.

In it’s 5th installation, Dhruva has gone online for the first time, amassing a total of 10,195 registrations for events across multiple business domains such as Finance, Operations, Marketing, HR etc. With absence of the physical limitations of arriving to campus, Dhruva 2021 has seen more widespread participation from premier B-schools across the country.

The vote of thanks was given by student organizers of Dhruva 2021. They thanked Shri Aravinda de Silva for inaugurating the fest and giving students a one-of-a-kind opportunity to interact with him and ask him questions related to his sports career and how he applied the learnings in his business career.

University of Bremen: ProMentes: Looking for managers and mentees