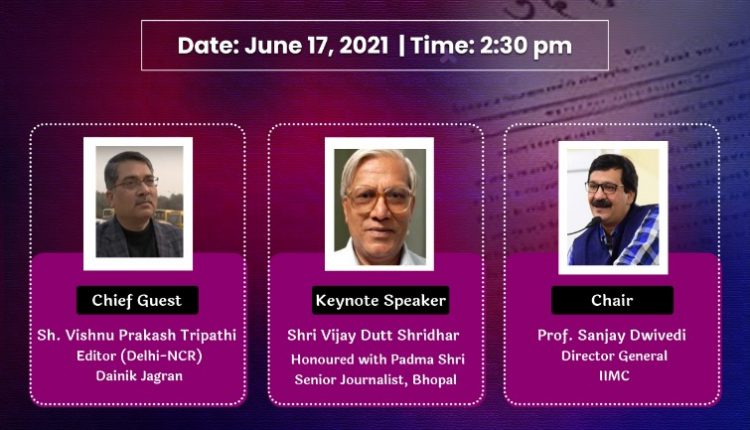 New Delhi : The Indian Institute of Mass Communication (IIMC) is organising a special function on June 17 to name its library after legendary Hindi journalist and founder editor of ‘Udant Martand’, Pt. Yugal Kishore Shukla. The library will be named as “Pt. Yugal Kishore Shukla Library & Knowledge Resource Centre”. An online discussion will also be organised on this occasion on the topic, “First pledge of Hindi Journalism: For the betterment of Hindustanis”. This will be country’s first memorial to be named after Pt. Yugal Kishore Shukla.

Prof. Sanjay Dwivedi, Director General, IIMC said that Pt. Yugal Kishore Shukla has contributed so much to Hindi journalism that we cannot repay, but it is time to pay respect to him by naming the country’s largest mass communication library after him.

It is to be noted that IIMC has the largest specialised library in mass communication in the country. It has a collection of about 33,968 volumes of books and journals on different aspects of mass communication and allied subjects such as print media, broadcasting, advertising & PR, communication, communication research, public relations, radio & television, film, information technology and traditional media.