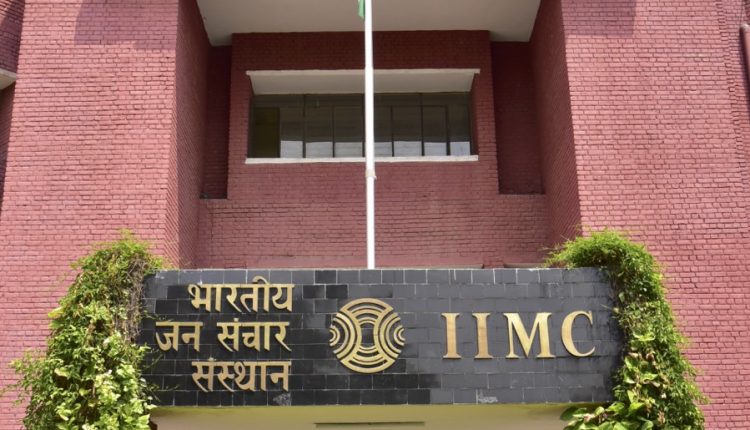 IIMC & MANUU to work together for Strengthening Research in Urdu: Prof. Sanjay Dwivedi

By India Education Diary Bureau Admin On May 5, 2022
Share

New Delhi: In order to foster collaboration and to facilitate advancement of knowledge on the basis of reciprocity, best efforts, mutual benefit, and frequent interactions, the Indian Institute of Mass Communication (IIMC) and Maulana Azad National Urdu University (MANUU), Hyderabad, today signed a Memorandum of Understanding (MoU). The MoU was signed at a formal ceremony by Prof. Sanjay Dwivedi, Director General of IIMC, and Prof. Syed Ainul Hasan, Vice Chancellor of MANUU.

On this occasion, Prof. Sanjay Dwivedi described the signing of MoU as coming together of South and North. He said both the institutions need to share each other’s specialities and good practices and achieve the goals collectively. “When we Hindustanis work collectively, we can do wonder. We have to ensure that this MoU does not remain confined to the files only, and prove to be a gamechanger for Urdu journalism,” he said. He added: “Today is the golden period for Indian languages. Though Urdu media has global readership, it needs to expand its horizon more on digital world. Translation can also play a key role in it. The Urdu poets whose work has been translated into different Indian languages are very popular today. The Urdu needs to open the doors for other languages as Hindi opened the door for Urdu.”

University of Glasgow: University Of Glasgow Recognised For…

Prof. Dwivedi pointed out the MoU would facilitate exchange of faculty, non-teaching staff members, research scholars and students; undertake joint implementation of research projects; exchange documentation, scientific information and publications; hold interaction through conferences, seminars, workshops, and meetings; develop joint programmes of study; and would facilitate students’ internship and mobility interest. The MoU would also help the IIMC Urdu students to pursue their masters in journalism and mass communication. For the purpose of implementing the MoU, Liaison Officers (LOs) would be designated by both IIMC and MANUU. While Additional Director General of IIMC will be the LO for IIMC, for MANUU, the Registrar/OSD (Administration) would discharge this responsibility.

Describing the signing of MoU between both the institutions, MANUU VC Prof. Ainul Hasan stressed the need to focus on the cluster system where two institutions can run joint programmes and offer joint degrees. He hoped that the IIMC and MANUU would definitely think in this direction. He assured that the MANUU would ensure every possible help in any such endeavour.

University of Glasgow: University Of Glasgow Recognised For World-Leading Research…

POSTECH: Highest Efficiency of Spin Hall Effect of Light in the Optical Regime

iednewsdesk May 12, 2022
The latest Research Excellence Framework (REF), a major exercise which evaluates the quality and the broader…

University of Glasgow: University Of Glasgow Recognised For…

POSTECH: Highest Efficiency of Spin Hall Effect of Light in the…

University of Zurich: Robot Dog on Its Way to the Moon