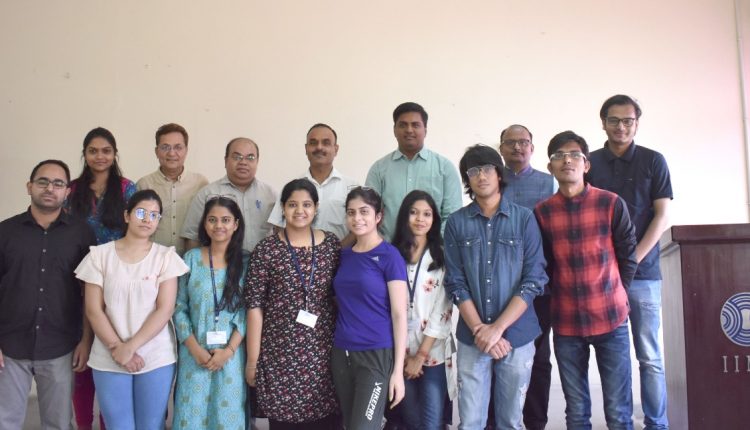 Jammu. The students of Indian Institute of Mass Communication (IIMC), Northern Regional Centre, Jammu, learnt the tips of defence reporting in the special session organised on Wednesday. PRO Defence, Jammu, Lt Col Devender Anand, interacted with the students in this session and told them that national security was India Army’s top priority. He said defence reporting is a niche reporting and requires a lot of understanding about the organisation of the defence forces and their role in different situations.

Social media, he added, had made the job of a defence PRO more challenging. “Our job as a defence PRO has become more critical now,” he said.

In his two-hour lecture, Lt. Col. Anand told the students about the organisation of the Indian Army and also of the the Directorate of Public Relation (DPR) working under the Ministry of Defence, Government of India. He informed the students about the defence correspondents’ course (DCC) conducted for journalists every year and motivated them to apply for it whenever the opportunity comes.

IIMC Jammu campus Regional Director Prof. Rakesh Goswami thanked Col Anand for the interaction and said students of the Jammu campus had this unique advantage of being so close to the international border and Line of Control. Prof Goswami said that the reporting of defence is very charming among reporters and every reporter must be prepared for this. Dr. Dilip Kumar, Associate Professor, Dr. Vinit Utpal, Assistant Professor, Sri Sanjit Khjuria, Assistant Professor along with all students were also present on this occasion.

One Day Awareness Programme on ‘Gender Sensitization at Workplace-Issues and…