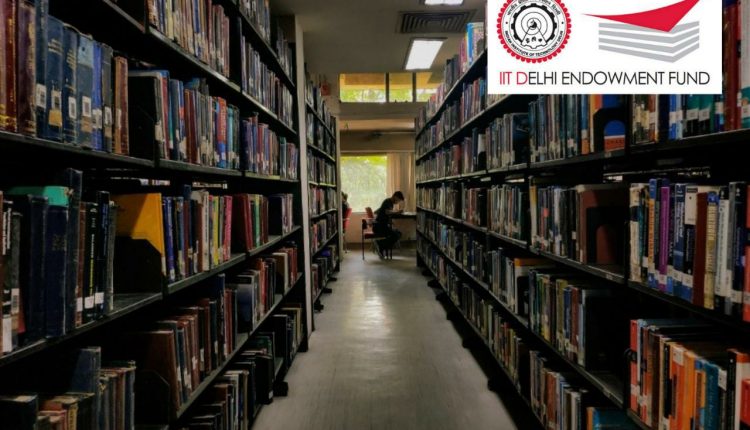 New Delhi: October 31st, 2021 will be the 2nd anniversary of IIT Delhi having established the IIT Delhi Endowment Fund. Launched by the President of India, Shri Ram Nath Kovind, in 2019 at the Rashtrapati Bhavan, the Endowment Fund has created history in setting up a model for other educational institutes in the country to follow.
Marking the milestone occasion, the Endowment Fund Board – the governing body of the Fund comprising both alumni and administrative members of IIT Delhi – has announced, as its initial programs, establishment of the “Endowment Merit Scholarships” and the “Endowment Nurture Fund”, encouraging diversity in scholastic excellence and entrepreneurship amongst its students, as the Institute goes further in realising its 2030 vision and strategy.

The “Endowment Merit Scholars Program” will provide 120 merit scholarships every year to batches of 15 women and 15 men BTech/Dual degree students for each year i.e. 1st ,2nd, 3rd and 4th.
The “Endowment Nurture Fund” aims to offer graduating students the opportunity to be awarded seed funding for their proposed ventures, encouraging them to embark on developing and nurturing their entrepreneurial ideas and aspirations, rather than seeking job placement.
While the Endowment Board is currently committing Rs 3.20 Cr annually from earnings of the endowment corpus, it expects the amounts and awardees to grow further in the years ahead.
Congratulating the Endowment Board members and its Founders on the occasion of its 2nd Anniversary, Prof V. Ramgopal Rao, Director, IIT Delhi and Chairman of the Endowment Fund Board said, “IIT Delhi has taken a historic step with the establishment of the Endowment Fund, and it is encouraging to receive the collective support of our alumni towards the realisation of the Institute’s vision. The Endowment initiative has also helped the Institute connect with the alumni at a deeper level and engage them on a variety of activities. After the launch of IIT Delhi’s Endowment Fund initiative by the Hon’ble President of India, multiple institutions in the country have launched a similar initiative and it’s heartening to see the giving-back culture fast taking its roots in India”.
Announcing the establishment of these initial programs, Mr Arun Duggal, Co-Chairman of the IIT Delhi Endowment Fund Board said, “These programs are clearly just the beginning. A precursor to the advancement initiatives that are now possible at the Institute. With the growing contributions from our over 54,000 global alumni, we will be considering supporting many more programs in the future, fostering research advancements and innovation in technology, while undertaking upgradation of infrastructure and student welfare facilities at IIT Delhi. I would like to thank our Founders and all contributors for their continued support and participation in the Institute’s development”.
Prof Naveen Garg, Dean, Alumni Affairs & International Programmes, IIT Delhi added, “The seed that was planted a couple of years ago with the setting up of the Endowment Fund has now borne fruit. We hope that in the coming years the IIT Delhi Endowment Fund will allow IIT Delhi to embark on many more ambitious and path-breaking ventures that will establish the Institute’s leadership in Innovation and research”.
Mr Vinay Piparsania, CEO, IIT Delhi Endowment Management Foundation said, “Over these 2 years, the Endowment Fund has established itself as a significant platform for our alumni to contribute to causes they feel passionate about in making a difference at the Institute and in support of its next generation of graduates”.