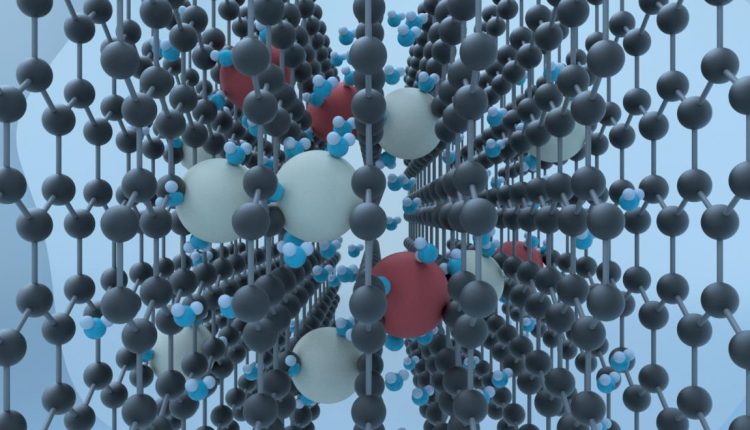 The team created controllable water transport channels in graphite crystal with the help of an electric field and potassium chloride (KCl) ions, which allowed only freshwater to move through the crystal and blocked the movement of any salt ions The research is inspired by the trees’ natural intake of water that uses capillary effect and can prove to be impactful in providing affordable and energy-efficient drinking water solutions compared to energy-intense RO technologies

Gandhinagar: Have you ever thought of drinking seawater to quench your thirst and also save energy? Doesn’t sound very normal, right? However, this will soon be a reality as a team of researchers at the Indian Institute of Technology Gandhinagar (IITGN) have developed a cost-effective and environment-friendly water desalination technique that can successfully remove more than 99% of salt ions and other impurities with natural processing to make seawater potable. This is the first such method that could controllably manipulate graphite inside aqueous solutions without damaging the structural integrity of graphite. These findings were recently reported in Nature Communications, an international high-impact journal: https://www.nature.com/articles/s41467-022-28162-6

According to a report from the World Health Organisation (WHO), nearly one-fifth of the world population lives in areas that are devoid of clean drinking water. The continuous increase in population and enormous energy demands has put immense pressure on conventional clean water resources. On the other hand, the widely used Reverse Osmosis (RO) technique for desalination is expensive, wastes more water, and is highly energy-intensive, which typically requires hydrostatic pressures of 60-80 bar. With rising demand for potable water and continuously shrinking freshwater resources, more and more countries will have to turn to desalination of seawater to meet the needs.

Motivated to find an alternative and affordable solution to these issues, a research team led by Prof Gopinadhan Kalon, Assistant Professor, Physics and Materials Engineering, IITGN, created controllable water transport channels in graphite crystal with the help of an electric field and potassium chloride (KCl) ions, which allowed only fresh water to move through the crystal and blocked all the salt ions. The research team includes IITGN PhD scholars Lalita Saini, Aparna Rathi, Suvigya Kaushik, and a Postdoctoral fellow Siva Sankar Nemala.

Inspiration behind the new technique and how it works:

The research is inspired by the trees’ natural intake of water that uses capillary effect. Selective transport of molecules and ions is commonly observed in biological systems. Mimicking these biological channels could result in highly efficient filtration systems. The research team used capillary process in the technique, which does not cost any energy, and in fact, the evaporation of water happened spontaneously without the need of any external pressure. The evaporation rates provided a back-calculated pressure of 50-70 bar arising from the capillary and other forces that are present inside the nanoscale channels.

Explaining the technique further, first author of the paper, Ms Lalita Saini, said, “Natural graphite is not absorptive to water or any ions including Protons. However, by its nature, the graphite crystal also does not allow any water molecules to pass through it because there is not enough space for the movement of these molecules. This issue was solved by using an electric field and inserting potassium chloride (KCl) ions in it, which create some space inside the graphite crystal and provide a stable structure for easy passage of water molecules, at the same time hindering the movement of any salt ions, giving drinkable water.”

The researchers found that this technique is self-sufficient and can successfully remove more than 99% of salt ions and other impurities from seawater, making it completely safe for drinking. Moreover, carbon materials like graphite are antimicrobial, reducing the number of filters required in the desalination process.

What makes it cost-effective and environment-friendly?

Carbon is abundant in nature, and India is the second largest producer of graphite in the world. The current experiment has utilised natural graphite. However, the team is also devising a method that does not require the use of natural graphite; instead, they can synthesise graphene (one-unit layer of graphite) from waste, plastics, wheat, sugar, chocolate etc., and assemble it to make graphite-like structure.

The present 2mm x 2mm sized device made by the research team has flow rates comparable to RO technology, that too without using electricity. Since this involves less process filters, it is also expected to have less wastage of water. The water evaporation and water filtration processes used in this technique do not involve any electricity, and therefore it does not produce any gas emissions, making it environment-friendly. The team is now working to develop a direct point-of-use water filter using this technique to make it accessible for the masses.

Explaining the significance and usefulness of this innovation in future applications, Prof Gopinadhan Kalon said, “Our method is not only limited to graphite but also to a large number of layered materials, like clays, that could be explored for high performance separation applications. With abundant seawater and appropriate plant design optimisation, our method holds a bright future in realising the dream of drinking water for everyone on the planet.”

Moreover, this technique can also prove to be useful in designing filters for gas purification, proton exchange in a fuel cell, chemical separation, recovery of precious metal from waste etc. It can also be suitable for dehumidification applications as expanded graphite has high water evaporation rates.