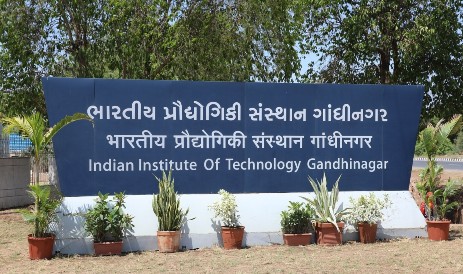 Dr Krishnaswamy VijayRaghavan, Former Principal Scientific Adviser, Government of India, will be the Chief Guest on the occasion

Gandhinagar: Indian Institute of Technology Gandhinagar (IITGN) is going to host its 11th Convocation on the campus on July 30, 2022, Saturday, at 11 am. A total of 397 students will graduate from the Institute this year.

Dr Krishnaswamy VijayRaghavan, Former Principal Scientific Adviser, Government of India, will be the Chief Guest on the occasion. The event will begin with an academic procession, followed by award of degrees and medals to the students, address by the Director, and Convocation address by the Chief Guest.

The event will also be streamed online on IITGN’s YouTube channel (iitgn1).

Dr Krishnaswamy VijayRaghavan is a distinguished professor and former director of the National Centre for Biological Sciences, and former Principal Scientific Advisor to the Government of India. His research interests are in the fields of developmental biology, genetics and neurogenetics, and on the important principles and mechanisms that control the nervous system and muscles during development and how these neuromuscular systems direct specific locomotor behaviours. In 2012, Dr VijayRaghavan was elected a fellow of The Royal Society and was conferred up on the Padma Shri in 2013 by the Government of India.

Dr VijayRaghavan graduated with a BTech degree in 1975 and a Master’s in 1977 in Chemical Engineering from IIT Kanpur. He completed his doctoral research from Tata Institute of Fundamental Research (TIFR) in 1983 in the field of molecular biology. During his postdoctoral work from 1984 to 1985, he was a research fellow and then, from 1986 to 1988, a senior research fellow at the California Institute of Technology. Prof VijayRaghavan is a member of the board of governors of the Okinawa Institute of Science and Technology, and a senior editor of the journal eLife. He also served as the secretary of the Department of Biotechnology (DBT), India. Dr VijayRaghavan was conferred upon Distinguished Alumnus Award, 2003 by IIT Kanpur.