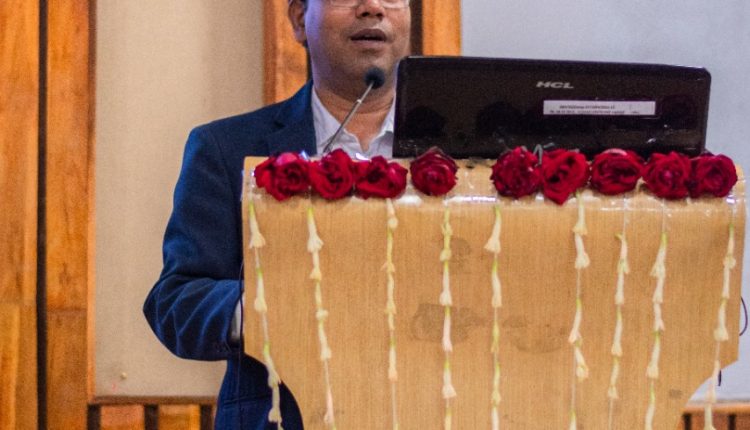 The use of organic material such as wastewater in MFC makes it an eco-friendly device that offers a dual benefit of bioelectricity generation and waste management. This research was supported by a grant from the Department of Science and Technology (DST), Government of India.

The research was led by Prof. Mihir Kumar Purkait along with his PhD student Mr Mukesh Sharma, Department of Chemical Engineering, IIT Guwahati. They developed a bio-electrochemical device that converts chemical energy contained in organic substrates into electrical energy through microbes.

These are those sources of energy generation that have no negative impact on the environment, and energy is generated from various wastes, such as sewage waste and food industries wastes.

Commending the work of the research team. Prof T. G. Sitharam, Director IIT Guwahati, said, “This development has provided an excellent sustainable energy source along with treating several wastewaters. After scaling the process, it can be used as a source of clean energy using municipal wastewater and other such areas economically.”

Explaining the long-term impact of the research Prof. Mihir Kumar Purkait, Department of Chemical Engineering, IIT Guwahati, said, “Further implementation of this process may provide an excellent alternative to several costlier renewable energy extraction processes. The conducted study reveals that the prepared CEMs are cheaper and perform better as compared to the several reported membranes, assisting in the separation of charges and potential development.

IIT Gandhinagar to augment Fire Safety Engineering with a…

‘MFC’ is a bio-electrochemical reactor system that utilizes electrons liberated in the biochemical oxidation of organic substrates catalyzed by anaerobic microbes. A conventional MFC reactor comprises an anaerobic biotic anode chamber, an aerobic biotic or abiotic cathode chamber, and a separator such as a Proton Exchange Membrane (PEM)).

The active biocatalyst in the anodic chamber anaerobically oxidizes organic matter present in wastewater to produce electrons and protons. Protons are transported to the cathodic chamber through the PEM. The external circuit conducts the electrons to the cathode, completing the electrical circuit. At the cathode, electrons and protons react in the presence of oxygen (or another electron acceptor), which gets reduced to water.

The present research of IIT Guwahati is dedicated to synthesizing several novel high-performance Cation Exchange Membranes (CEMs) comprising a polymeric blend of several high-end polymers doped with Cellulose Acetate (CA) and other modifiers like Graphene Oxide (GO) to obtain membranes with high Ion Exchange Capacity (IEC) and proton conductivity. Dual-chamber MFC design has been selected since it is the most widely utilized design owing to its usefulness in wastewater treatment and energy generation.

To further reduce the fabrication cost of the membranes CA has been synthesized from waste sugar cane bagasse, and GO was synthesized using a greener approach.

The present research focuses on the development of cost-effective and high-performance Cation Exchange Membranes (CEMs) for application in MFCs. CEMs being the heart of the energy extraction process using MFCs need to be highly cost-effective along with being able to perform magnificently in order to make the process feasible and scalable.

The waste sugarcane bagasse has also been used in the study to improve the membrane performance, thereby preparing a valuable product from the agricultural waste.  The investigation approves the applicability of prepared CEMs as a suitable PEM for application in MFC. Incorporating electrode modification like Pt may surely enhance the process performance of the cell, and can be explored further for successful field-scale application of MFCs.

A larger-scale setup is in the developing stage. Further, funding sources would encourage and support the process to develop a working setup near the municipal wastewater treatment plant at IIT Guwahati, which would further help to understand the complications involved during the large-scale functioning of the technology.