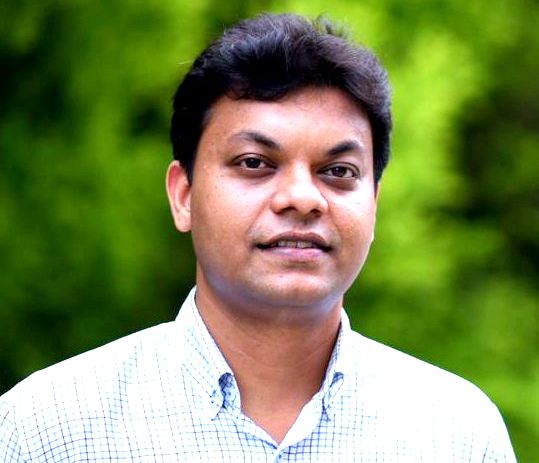 Guwahati : “The Swarnajayanti Fellowships” were instituted by the Department of Science and Technology (DST), Government of India, to commemorate India’s 50th year of Independence. Under this scheme a selected number of young scientists with proven track record are provided special assistance and support to enable them to pursue research in frontier areas of science and technology. IIT Guwahati’s faculty Prof Biman B. Mandal has been awarded the prestigious Swarnajayanti Fellowship.

As a part of the SwarnaJayanti Fellowship, winners are awarded top up salary and high value research funds for next 05 years to allow pursue unfettered research with high degree of freedom and flexibility.

Project Summary: Developing a drug against a disease is a time-consuming process (approximately 17 years) which generally begins with identifying suitable drug candidates, followed by their preclinical and clinical studies. After entering the human body, most of the drugs pass through the liver for their breakdown followed by excretion or elimination through urine or bile. However, at times the processed drug by- products are toxic to liver cells resulting in acute liver failure, commonly known as drug-induced liver injury (DILI). DILI has been a major reason for several FDA approved drugs to be withdrawn from the market. Approximately, DILI affects millions of people worldwide and is a leading cause of acute liver failure. Currently, the gold standard approach for the drug toxicity assessment is the use of animal and rodent models. However, animal models show variation in drug metabolism due to difference in species, age, gender, liver physiology. To overcome this shortcomings, preclinical in vitro human liver models which mimic the native human liver, could be a potential solution to assess the drug toxicity with superior accuracy. These models would lessen the number of drug candidates taken forward for human trials and improve the clinical efficiency and lower costs. The proposed in vitro 3D bioprinted human liver model would help the pharmaceutical companies to speed up the drug development process allowing high throughput screening with reduced associated animal costs. Lives of millions of animal could be saved in the process which are currently used as experimental models if an alternative human liver model becomes reality. Expected outcome/deliverables: A spinoff to be formed down the lane offering multiple “off the shelf in vitro liver models” to pharmaceutical companies for high throughput drug screening applications.

Prof. Mandal has successfully transferred/licensed 03 healthcare technologies to Industry and has published 141+ peer reviewed high impact journal articles with a cumulative impact factor of 748+, 5300+ citations and H-index of 38. He is lead inventor in 17 patents, contributed 09 book chapters, delivered 67+ Plenary/Popular/Invited talks, Editorial board member of 12 International Journals.

Prof. Mandal is a recipient of B.M. BIRLA SCIENCE PRIZE 2018 in Biology, INSA- Medal 2015; NASI- Medal 2013; NASI-SCOPUS Young Scientist Award 2016; DST- INSPIRE Faculty 2013 and many other national and international accolades. His lab at IITG is recognized as a “Unit of Excellence” by the Department of Biotechnology, Government of India.

University of Vienna: Austria and the world’s biggest eye on the sky