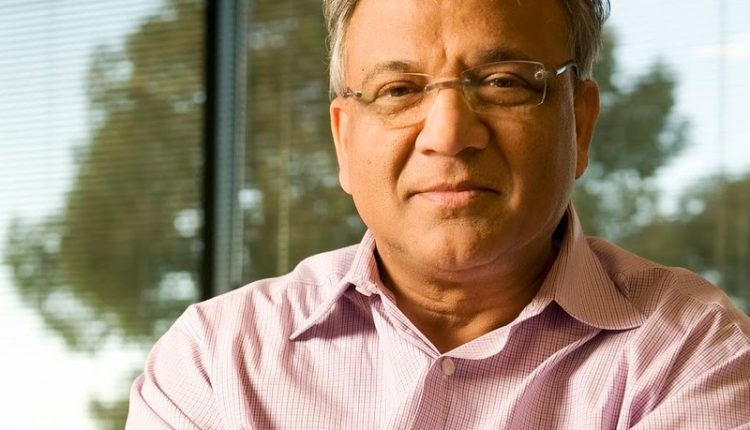 Kanpur : IIT Kanpur Distinguished Alumnus and Indian American Software Pioneer Umang Gupta breathed his last on April 19, 2022 at his home in California after a two-year battle with bladder cancer. Gupta was the first Indian to take his software company public on Nasdaq. He graduated with a Chemical Engineering degree from IIT Kanpur in 1971 and obtained an MBA from Kent State University in Kent, Ohio in 1973. IIT Kanpur recognized him as a Distinguished Alumnus in 1996 and in 2020 conferred him with the rare honor of Institute Fellow.
Prof. Abhay Karandikar, Director, IIT Kanpur, expressed his grief on Gupta’s demise, “Mr. Umang Gupta had been a well-wisher of our institute throughout his life and has been a vital contributor to enriching the Research and Development pool of the institute. More importantly, his contribution as the Founding Chairperson of the IIT Kanpur Foundation and his pioneering role in establishing the PAN IIT Alumni Association would be cherished forever. His loss is not only a loss for the global software industry but also for the PAN-IIT fraternity. On behalf of the institute, I express our deepest condolences to his family.”
Umang Gupta wrote the first business plan for Oracle Corporation, and later founded and led Gupta Technologies. He was the first Oracle executive to leave and start his own company. Gupta Technologies created a SQL relational database system for microcomputers and helped usher the age of Client Server Computing. Gupta Technologies went public on Nasdaq in 1993 (Nasdaq GPTA), and thus became the first enterprise software company founded by an Indian American to be listed on an American stock exchange. The company was a precursor to the Silicon Valley boom of tech companies led by Indian American CEOs. He later invested in Keynote Systems, Inc, which tracked the performance of websites, and soon became its CEO.
In 2002, Gupta became the founding Chairperson of the IIT Kanpur Foundation in the USA which raised funds for his alma mater, IIT Kanpur. He also pledged $1 million to the IIT Kanpur Alumni Association. Later, he went on to lead the movement to bring forward the alumni association of all the IITs and served as co-chair and chair for many years.
Arjun Malhotra, co-founder of Hindustan Computer Ltd (HCL), and an IIT Kharagpur alumnus remembers his time working with Gupta in the PAN IIT Alumni movement. “Umang was the person responsible for drafting the “constitution” of the Global PAN IIT Alumni Association and its extension to the chapters of the Association in countries all over the world.”
Gunjan Bagla, another IIT Kanpur alumnus and CEO of Amritt Inc was President of Pan IIT USA when Gupta was the chairperson. “Many of our alumni leaders were hard charging C-level types and our discussions were often animated and divergent. But Umang had the uncanny diplomatic skill to listen carefully to all and then gently propose pathways that would be accepted by the vast majority.”
Gupta is survived by his wife Ruth (Pike) Gupta, daughter Dr Anjali Clare Gupta, and son Kashi Gupta. They had another son named Raji Gupta born in 1984 who passed away in 1987.