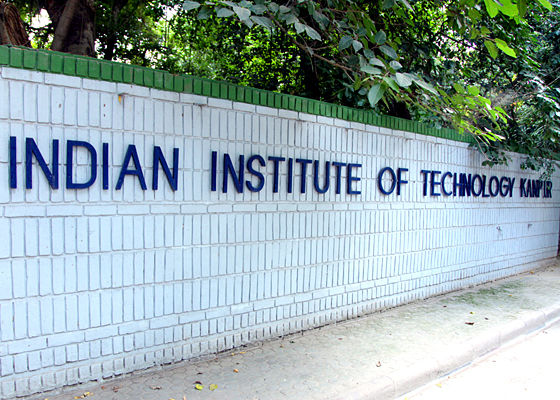 Kanpur: Indian Institute of Technology, Kanpur (IITK) is establishing the ‘Chandrakanta Kesavan Centre for Energy Policy and Climate Solutions’ to assist policy makers with practical solutions to the problems of climate change. India as a signatory to the Paris Climate Agreement will need to develop, adapt and implement technologies to reduce emissions and grow sustainably. The aim of the Centre will be to spearhead the development of technology and policy solutions to help India and the world combat climate change. Detailed description of the centre can be seen on https:/iitk.ac.in/see/ckcepcs/.

An agreement to establish this center was signed on July 15th, 2021 between IIT Kanpur and Sudhakar Kesavan, an alumnus of the Class of 1976 from IIT Kanpur. The Centre is named in the memory of his mother Dr. Chandrakanta Kesavan who was a role model for Indian women in science. She received her PhD in Acoustical Physics from Allahabad University in 1942, was a Fulbright post-doctoral scholar at the Massachusetts Institute of Technology and worked as a pioneering acoustical engineer and administrator at All India Radio, India’s national broadcaster. Her biography is attached to this release. Sudhakar and Alka Kesavan have pledged USD 2.5 M for supporting various activities of the Centre.

After graduating with B.Tech. degree in Chemical Engineering, Sudhakar Kesavan went on to complete his PGDM from IIM Ahmedabad and an MS from the Technology and Policy Program at MIT. He served as Chairman and CEO of ICF International Inc. (www.icf.com) for over 20 years. With over 7000 employees, ICF is one of the world’s largest specialty consulting firms specializing in four broad areas: energy and environment, health and social programs, disaster management, and digital transformation and technology services. He serves on the Boards of several non-profits and corporations in the United States.

The Centre will be an autonomous organization within IIT Kanpur. It will be anchored in, and work closely with, the Department of Sustainable Energy Engineering (www.iitk.ac.in/see). The Centre will focus on policy, communications, education and outreach efforts aimed at implementing technology and science-based solutions in the country at large, outside the academic world. The center will become a platform to bring eminent academics, technologists, researchers and policy makers from across the world together to discuss and address these issues.

At the launch of the center, Mr. Kesavan said “I owe a large debt of gratitude to IIT Kanpur. The five years I spent at IIT Kanpur were an extraordinary experience in every way. The educational experience was enriching, the faculty was extraordinary and the bonds of friendship with my classmates are as strong today as they were then. I am honoured to be a part of the Institute’s endeavours in creating impactful initiatives to tackle the climate change. I believe that the Chandrakanta Kesavan Centre for Energy Policy and Climate Solutions will add a fresh dimension in policy, communications, education and outreach efforts so that technology and science-based solutions can be effectively implemented in society. I believe that the Centre will be the preferred space for those seeking solutions and advice on matters related to energy technology, adoption strategies as well as policy and climate issues pertaining to decarbonization. I am also very pleased that Prof Ashish Garg, Head of the Department of Sustainable Energy Engineering has agreed to serve as the first Centre Coordinator”.

Prof Abhay Karandikar, Director, IITK said “In the light of growing importance of sustainable energy and climate change, this center will promote and develop appropriate technology and policy solutions to help India and the world combat address challenges in energy and climate change. To demonstrate IIT Kanpur’s commitment to sustainable growth I have asked the Centre to develop a plan for IIT Kanpur to become carbon neutral within the next five years. The Centre’s broader aim is to develop low carbon solutions, provide the knowledge to build an appropriate policy framework, and engage with various stakeholders to help mitigate the challenges caused by the climate change, towards attaining a sustainable living. The Center will also act as the resource hub for policy makers and technologists.”

Chandrakanta Kesavan, nee Chandrakanta Narain, was born in 1918. She was one of the first generation of girls who went to school instead of being privately educated at home. She attended Indraprastha Girl’s School situated adjacent to the Jama Masjid in Shahjahanabad, Delhi.
She finished school at age fifteen and then began attending Hindu College in Kashmiri Gate on the outer edge of the walled city, next to Civil Lines. Hindu College was the college in Delhi at the time that allowed women admission into the B.Sc. degree because Science was seen as a male preserve. This was 1933. There was just one other girl in her class and their lecturers were so embarrassed by their presence that they refused to look at them or take their questions.
After completing her undergraduate degree, she moved to Varanasi to do a Master’s degree in Physics at the Banaras Hindu University, founded just two years before she was born, in 1916. She stayed in the University’s women’s hostel, which was so unusual at the time that when asked, her father would say that she was living with an aunt.
From there she moved to Allahabad University for her doctorate in Physics in 1938. The university hosted the most distinguished physics department in the country with faculty that included Dr. Meghnad Saha and Dr. K.S. Krishnan. Her field of research was acoustical physics. One of her viva voce examiners for her dissertation was the Nobel Laureate Sir C.V. Raman.
After completing her Ph.D., she interviewed for and got a job as a lecturer in a women’s college in Lahore, where she taught for two years. Her career in higher education traversed all the great universities of north India at the time: Delhi, Banaras, Allahabad and finally, Punjab.
She returned to Delhi to join the Dictionary Office, a government institution involved in producing the encyclopaedic survey of India’s resources, The Wealth of India. After that she joined the Research Department of All India Radio in the late 1940s, bringing her expertise in acoustics to bear on the functioning of India’s sole broadcasting organization. She remained a pioneering acoustical engineer for the rest of her career, publishing research papers and participating in the administration of India’s national broadcaster.
In 1952, she was awarded a Fulbright fellowship for post-doctoral work at the Massachusetts Institute of Technology in Cambridge, MA. She spent a year in the US, working and travelling before returning to her work at All India Radio.
She served on the Board of Governors of Indraprastha College for Women, Delhi, for more than three decades.