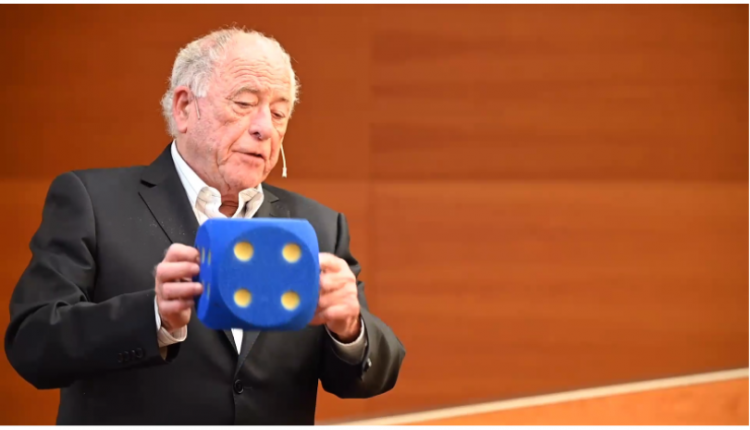 Kanpur : IIT Kanpur hosted the 28th edition of Asia’s largest technical and entrepreneurship festival, Techkriti’22 from 25th-27th March. The annual fest of IIT Kanpur witnessed the presence of Nobel laureates, scientists, technocrats, and many other dignitaries from various fields, this year. With the theme “Transcending Origins”, IIT Kanpur offered a platform for the great minds to discuss and explore various crucial aspects of business development, startup and entrepreneurial eco-system, and ever-evolving technologies.
Thriving all these years, Techkriti has approached and now stands on the edge of the technological frontier. The thematic idea was to reflect how we may transcend our scientific and cultural roots and redefine our identities, individual or collective. The faculty coordinator for this year was Prof. Amitabha Bandyopadhyay, Department of Biological Sciences & Bioengineering (BSBE), IIT Kanpur.
Prof. Abhay Karandikar, Director IIT Kanpur, said, “IIT Kanpur always strives to enrich the research and development pool to cater to diverse areas. Techkriti has been a platform where ideas are exchanged and discussions take shape to take research and innovation one step further. This year also, with Nobel laureates and experts coming from various sectors, we are proud to explore new and emerging territories of business development, startup eco-system and the fast-changing world of technology. The amalgamated discussions on the old versus the new truly resonate with the theme “Transcending Origins”. This would not only groom future leaders, but also would give shape to countless ideas of young entrepreneurs and technology enthusiasts.”
There were various talks scheduled for the three-day event where experts from various sectors exchanged ideas and ignited discussions. Some of the key takeaways from the talks are as follows:
• Speaking on the ‘Day 0’ event titled “Road to Techkriti”, Bangladeshi Nobel laureate Muhammad Yunus, who was awarded the Nobel Peace Prize for founding the Grameen Bank and pioneering the concepts of microcredit and microfinance, talked about his own idea of creating a “World of Three Zeros.” The three zeroes he talked about are zero carbon emission, zero wealth concentration, and zero unemployment. He urged to value Nature and to work towards preventing global warming. He said that the current profit-driven Economic system has concentrated the capital in the hands of few, leaving the economic system to be nothing but a ticking time bomb. He also added that the economic slowdown due to COVID must be reversed.

• Swiss chemist/biophysicist Dr. Kurt Wüthrich, who was awarded the Nobel Prize in Chemistry for developing nuclear magnetic resonance methods for studying biological macromolecules, gave an enlightening talk on “The Molecules of Life: DNA, RNA, and Proteins – History Placed in Perspective.” The talk explained in detail about DNA, RNA, and protein, with anecdotal references.

• Day 1 started with a talk titled “What makes a Venture Capitalist: fit, success as a VC” by Swati Murarka (Vice President at Inventus India), Anant Vidur Puri, Partner at Bessemer Venture Partners, Sandeep Singhal, Senior Advisor Avaana Capital. Swati Murarka talked about the difference between an Angel Investor and a Venture Capitalist while approaching startups; while, according to her, Angels look at startups superficially with not much depth and heavily relying on the experience of people around them, a VC looks at startups in a more structured manner and gets him/herself involved in the hustles and challenges of the founder and startup. Puri and Singhal talked about the challenges and higher growth economy of India, and how it offers a lucrative market to invest in.

• Thomas Kurian, CEO of Google Cloud, talked about how Cloud computing evolved from being a software delivery system to its current form over the past 20 years. He said initially it was made for the convenience of companies, reducing their need to maintain a high-end technological infrastructure, but the second generation of cloud computing was based much more on infrastructure. It is now quintessential across sectors.

• Amit Agarwal from NoBroker and Rizwan Koita from Citius Tech shared their anecdotes on “How to keep India’s Unicorn boom going?” They highlighted their journeys and how entrepreneurs and startups can bring ideas into reality.

• Robert Metcalfe, Father of Ethernet, initiated a talk on Ethernet and connectivity. He shared how his inspiration for a new dissertation came while working at Xerox PARC when he read a paper about the ALOHA network or Alohanet at the University of Hawaii. He talked about how access speeds have increased from 2.94Mbps to 800Gbps with the number of connected devices now exceeding the number of people on the planet, and that today’s Ethernet standard bears little resemblance to the one created by Metcalfe back in the 1970s.

• IIT Kanpur alumnus Gautam Khanna – the CEO of the PD Hinduja hospital in his talk on the topic “Improving Healthcare performance through digital transformation”, talked about the history and significance of technology in healthcare and that healthcare should be uplifted from ‘sick care’ to ‘healthcare’. It is to be noted that IIT Kanpur is to establish a School of Medical Research and Technology to bridge the gap between medical and technology disciplines.
The three-day event hosted a number of talks by other dignitaries from various fields – Ali Lemus (Inventor Professor at Galilio University), Prof. Animangsu Ghatak (Professor, Department of Chemical Engineering IIT Kanpur), Sanjeev Kumar (Regional Head, Union Bank of Kanpur), IAS Shri Shivasharanappa G N (Municipal Commissioner & CEO- KSCL), Sahej Rahal (artist), Sankar Kumar Pal (Ex-Chairman ISI), and a panel discussion titled “Consciousness and AI” by Susan Blackmore, with panelists Arnab Bhattacharya, Narayanan, Nisheeth Srivastava, and moderator Devpriya Kumar. There were also entrepreneur’s talks by Hardika Shah, founder of Kinara capital; Ankit Prasad, entrepreneur & Founder, Bobble AI; Pankaj Agarwal, founder of Taghive; and Viral Shah, the founder & acting CEO of Julia Computing.
IIT Kanpur being the first in India to offer Computer Science education and having the oldest and one of the most robust Computer Science and Engineering Departments, put significant emphasis on the new and evolving areas of Computer Science and Engineering through a good number of talks organized this year, among the lot. On that note, the concluding talk of Techkriti’22 hosted Bjarne Stroustrup, Technical Fellow and Managing Director in the technology division of Morgan Stanley in New York City and Visiting Professor of Computer Science at Columbia University. As the designer of the C++ programming language, he talked about how impactful C++ has been to the digital boom.
The three-day event hosted various workshops, competitions, and exhibitions, along with the talks in a dynamic virtual platform. The only two on-ground events were the Comedy Night and the Pronite show. Comedian Sahil Shah enthralled the audience with his humor on 26th March, while singer Shaan made the crowd groove to his music during the concluding Pronite show on 27th March.