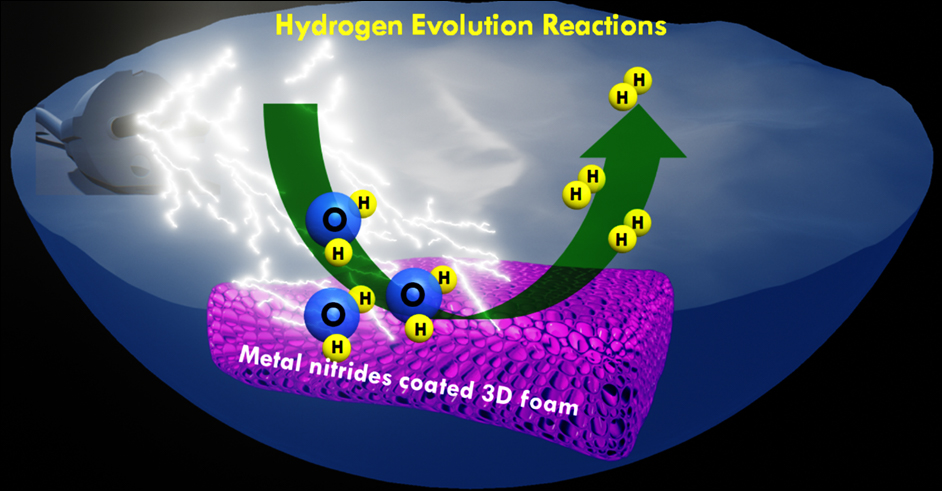 Chennai: Indian Institute of Technology Madras Researchers are collaborating with German Researchers to develop new materials for Green Energy Solutions. The project aims to develop alternative technologies to produce Green Hydrogen as the world is expected to eventually transit to a hydrogen-based economy.

Depletion of conventional fossil fuels and natural gases combined with increasing demand for alternative sources of energy necessitates prioritizing research on producing and storing non-polluting energy forms or ‘Green Energy.’ In this context, the hydrogen-based economy is a promising area to invest scientific interest in the humanitarian quest to reduce carbon footprint.

This research project was taken up under the Scheme for Promotion of Academic and Research Collaboration or ‘SPARC,’ an initiative of the Ministry of Human Resource Development, Government of India.

Prof. Sanjay Mathur is also one of the Adjunct Faculty Members of the Department of Metallurgical and Materials Engineering, IIT Madras. A budget of Rs. 66 lakh has been allocated for this SPARC project.

Prof. Ravi Kumar added, “This highly interdisciplinary team is working together not only to address the scientific issues but also to broaden the understanding of advanced electrocatalysts with the potential to transform lab-scale research to deployable reactors/devices.”

H-Energy Signs Memorandum of Understanding (MoU) with for…

Highlighting the major outcomes of this Project and their impact globally, Prof. Sanjay Mathur, Chair of Inorganic and Materials Chemistry, Institute of Inorganic Chemistry, University of Cologne, Germany, said, “Hydrogen-based energy transition is a central pillar in the decarbonisation of energy technologies. Current hydrogen production technologies need new materials and hydrogen-production pathways involving earth-abundant resources such as water, solar energy, and light absorbing pigments. Our aim in this SPARC project is to develop a holistic approach for identifying next-generation photo-electrocatalysts by considering inputs from first principle calculations and through phase diagram calculations which is a unique and unexplored approach in the field of photo-electrocatalysis.”

The first phase of this project kicked off successfully with a visit to University of Cologne by IIT Madras Researchers Dr. Ganesh Babu T., Postdoctoral Fellow, and Mr. M.V.S.S Raghunath Sharma, PhD Scholar, for three months between September and November 2019. The first phase culminated with the visit of Prof. Sanjay Mathur, University of Cologne, Germany, to IIT Madras from 24th February 2020 to 8th March 2020.

During the visit of Prof. Sanjay Mathur to IIT Madras, an international workshop to enhance the visibility of SPARC and outreach of the collaboration was considered along with discussions on analytical data and interpretation of experimental findings based on the work done by Indian researchers at the University of Cologne.

At the end of his visit, Prof. Mathur remarked that it was an intellectually rewarding experience and said, “My involvement in the SPARC project has been a rewarding and intellectually challenging experience. I am extremely happy to be part of this collaboration with an Institute of long-standing excellence in teaching and research and look forward to my next visit and to further this mutually enriching cooperation.”

SPARC aims at improving the research ecosystem of India’s Higher Educational Institutions by facilitating academic and research collaborations between Indian Institutions and the best institutions in the world from 28 selected nations to jointly solve problems of national and/or international relevance.

In order to facilitate fundamental and socially relevant research in India, a lot of emphasis is being laid to strengthen collaboration between Indian Research groups with Top research groups in the world so that Indian scientists and students can interact with the finest minds in the world.

TECHNICAL ASPECTS OF THE RESEARCH

Traditionally, noble Pt-based materials are employed as electrocatalysts For Hydrogen Evolution Reaction (HER) in WE. However, the high cost and limited global supply of Pt limits its applications in WE. Further development in the field of WE is significantly dependent on scientific progress in the field of alternative Pt-free, earth-abundant and high-performance electrocatalysts for HER. Transition metal nitrides have garnered immense attention as Pt-free HER electrocatalysts owing to their superior catalytic activities and stability even in acidic medium. However, the practical application of such metal nitrides is hindered by a high experimental over-potential and low catalytically active sites that limit their commercial viability.

To address this scientific conundrum, a team of researchers with a combinatorial approach based on experiments and computations led by Prof. N.V. Ravi Kumar, IIT Madras are collaborating with Prof. Sanjay Mathur and Prof. Silke Christiansen, Fraunhofer Institute for Ceramic Technologies and Systems, Germany. The computational understanding of the electrocatalysts is being assessed by Prof. K. C. Hari Kumar, IIT Madras, India and Dr. Heechae Choi, University of Cologne, Germany.

Unthinkable Solutions launches classroom.live app making it easy for teachers to teach and students to learn despite lockdown

Vedantu guarantees your child’s academic progress with the (VIP) Vedantu…

iednewsdesk Jun 16, 2021
Greenhouse gases and pollutants as well as natural causes such as volcanic eruptions have an impact on the…

Aalto University: Students from top universities around the world come…

Eindhoven University of Technology: The amazing world of flame balls,…