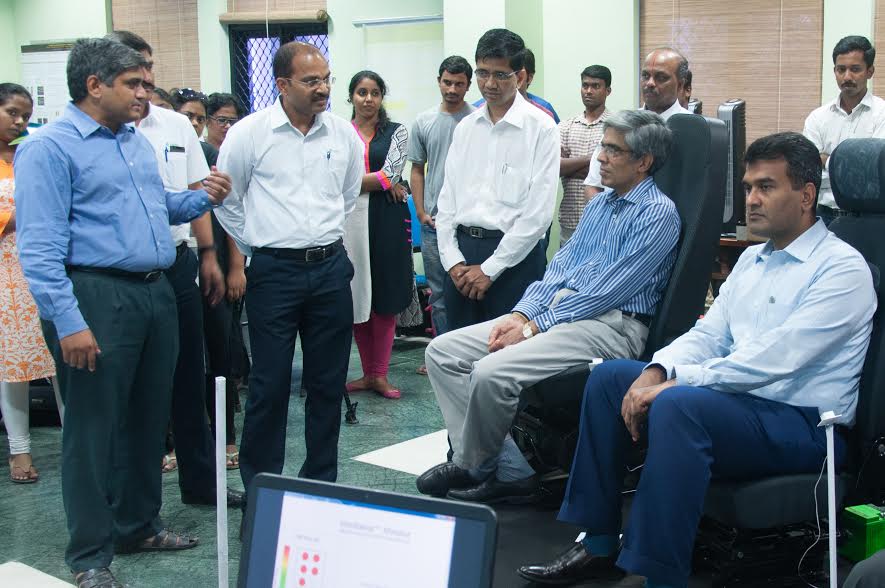 Chennai: There were about 4,64,674 cases of road accidents reported in India in 2015. Of these, about 4,82,389 persons were injured and 1,48,797 deaths were reported, according to the National Crime Research Bureau (NCRB, 2016) report. Death due to road accidents had increased by about 5.1% over the previous year.
Results of a report by The Union Ministry of Road Transport and Highways (MoRTH, 2016) show that more than 40% of such deaths occurred due to human error or driver fatigue. Majority (~53.2%) of the road accidents have taken place on National and State highways.

While addressing the gathering Dr. Darez Ahmed, IAS, MD, National Health Mission, Tamil Nadu said, “We need to work together and address a key sustainable development goal of 50% reduction in trauma deaths by 2020, which is a task that can be achieved only by joint effort. Leveraging technology to tackle a big problem of ‘driver error’ leading to accidents is a welcome step.”

Driver fatigue may be defined as decline in driver’s performance. A driver’s performance and behavior is greatly influenced by physical and cognitive factors. Its contribution to individual cases is hard to measure post-facto and therefore is often difficult to conclusive ascertain the cause of crash. Therefore, it is important to know about driver’s behavior, fatigue, and performance to give appropriate interventions to avoid road accidents.

IIT-M and Harita Seating Systems Limited (HSSL) have joined hands to address this epidemic of road accidents by collaboratively developing viable and cost effective products to enhance road safety using the technology and knowhow developed by the Rehabilitation Bioengineering Group, Department of Engineering Design, IIT Madras. First of the products in this initiative, Intelliseat™ has been developed and is being launched on this occasion for commercial use.

Intelliseat™ is an IoT (Internet of things) device that monitors the driver 24×7 and is confined within the existing footprint of regular seats. This system operates independently and can be used for in-vehicle information of status as well as help a central tracking by fleet owners. It can also be used for driver training and fleet risk evaluation, which would eventually have a bearing on the overall fleet insurance and ownership cost.
Highlighting the significance of the product, Prof. Venkatesh Balasubramanian, Department of Engineering Design, IIT Madras said, “In this endeavor with HSSL, we have been in a position to translate conceptual work performed in the lab to a viable product that is road ready. This system can not only make the roads safer but can also have a big impact on driver benchmarking/ training, fleet insurance, etc.”

The sensors embedded to the seat monitor the presence of driver in the vehicle, their behaviour, performance and fatigue. This information can be used to warn the driver in-vehicle or to communicate with the fleet operator in real-time. This can help them to take necessary action instantaneously as well as use the information to benchmark drivers and train them. Intelliseat™ has road tested in commercial vehicles in south India

Speaking on the occasion, Prof. Bhaskar Ramamurthi, Director, IIT Madras said, “IIT Madras is pleased to be associated with HSSL in this critical area of research and development. India has an unconscionably high rate of traffic accidents, and technologies that can reduce accidents due to driver fatigue are sorely needed.”

Shri C. N. Prasad, Director of Harita Seating Systems Ltd said, “It has always been the endeavour of Harita Seating to develop cost effective technologies, which are relevant to the immediate Indian context. The joint development opportunity with IIT Madras for the Intelliseat™ showcases the results of such an endeavour. I do hope this innovation leads to safer roads and reduced risk of accidents due to driver fatigue.”

Shri A. G. Giridharan, President, M/s Harita Seating Systems Ltd added, “The joint development with IIT Madras team has helped our team learn more and has broadened our horizons, we hope to continue this partnership.”

University of Wisconsin-Madison: Study Examines Tet Messages As Method For…

iednewsdesk Jan 22, 2022
An interactive study at the University of Wisconsin School of Medicine and Public Health is looking to answer…