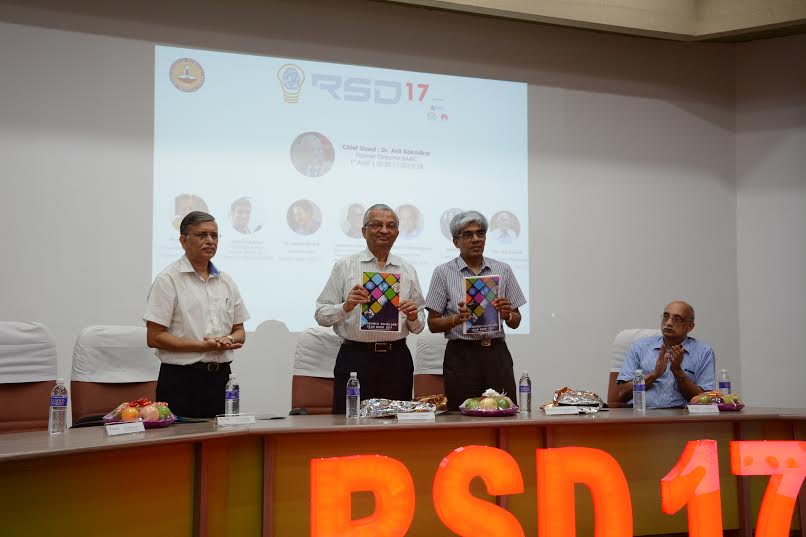 This initiative was taken up under the guidance of Dean (Academic Research) Prof. A.K. Mishra as part of the fifth edition of the annual Research Scholar Day (RSD) Celebrations, observed in the IIT Madras campus between April 1st and 9th, 2017. The RSD celebrations have been sponsored by BSNL, Forbes Marshall, Huawei and International and Alumni Relations, IIT Madras.

The Chief Guest of the Inaugural Function, held on April 1, 2017, was Dr. Anil Kakodkar, former Chairman of the Atomic Energy Commission of India. Delivering a lecture on the topic ‘Getting Ready for Knowledge Era,’ he said that there was a correlation between the number of Ph.Ds in Science and Engineering produced by a country and the Gross Domestic Product (GDP) of the country.

“We are all moving towards Knowledge era. In the knowledge era, the correlation between the Ph.ds and the GDP is even more important because it aids the way technology emerges, markets emerge and industrial production takes place. I think IIT system has been doing great for the past decade or decade and half. Research has been given a lot of importance in the IIT system,” he said.

Research is so important researchers can make or break this country depending on how they excel in an area of research, stated Dr. Anil Kakodkar.

During the inauguration of RSD 2017, the Chief Guest Dr. Anil Kakodkar and Prof. Bhaskar Ramamurthi, Director of IIT Madras, launched the Research Scholars’ Year Book- a compendium of Research work being done by graduating scholars.

The programmes held include as many as eight Lecture series, nine Workshops, a Research Expo, a Research Connect, a Cultural night and a Fashion show sponsored by Max, Kraylon, Jawed Habib & Krishkraft.

The Research Expo showcased events like ‘Explain your Research’/ ‘Any Concept’ in 3 Minutes, poster presentations, short film making. Start-ups like Detect Technologies, Pi-Beams participated in Research Expo, which witnessed an active participation from more than 70 scholars.

A Panel discussion in collaboration with Global Relations in Academia and Industry (GRAIN) on “PhDs In Industry and Their Role in Global Competitiveness” was held with R&D heads from Cognizant, Tata Consultancy Services, Saint Gobain and Academicians and Scholars of IIT Madras taking part.

iednewsdesk May 14, 2022
If you’ve been to upper campus recently, then you’ve likely seen the giant 90 m sculpture on the plaza and…