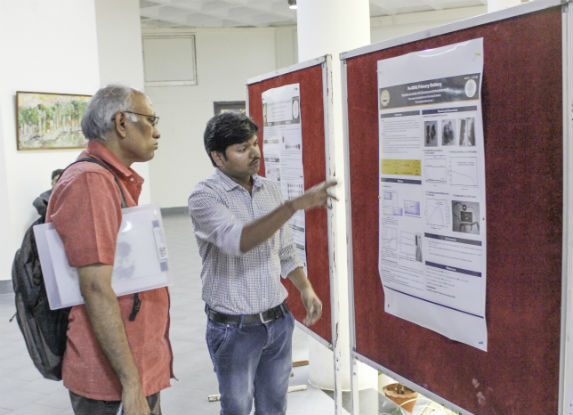 Chennai: Indian Institute of Technology Madras has launched a Portal exclusively to showcase the profile of its’ Research Scholars and their cutting-edge research underway in the campus. The objective is to further national and international Research Collaboration and help recruiters tap the right candidates for top-level R&D positions and internships.

The research portal (https://scholars.iitm.ac.in/) is in public domain and is open for access to everyone. It allows general viewers to view only the basic information of the scholars without any registration.

The portal was launched during the Sixth Edition of Research Scholars’ Day (RSD) celebrations, held from 9th to 16th April 2018 to showcase the Research activities on campus.

Speaking about the Research Scholars Day celebrations, Prof Bhaskar Ramamurthi, Director, IIT Madras, said, “The Research Scholar Portal is a window for the outside world that provides a glimpse of the rich and diverse skill set and knowledge of our scholars who are about to complete their theses.”

Congratulating the scholars for launching the portal during Research Scholars Day 2018, Prof Bhaskar Ramamurthi added, “Research is a core activity of IIT Madras, and our research scholars are its backbone. Their numbers have grown dramatically in recent years. After completing their doctoral studies, they go on to take up key positions in academia, industry and our national laboratories.”

The Portal is aimed at providing information about Research Scholars from all departments of IIT Madras who are likely to graduate next year. It is divided into categories such as biography, Research Information, Publications, Teaching Assistant and, extracurricular activity. It has a search tab on the home page where one can search through fields such as name, roll, keywords, department and area of research.

The portal currently has information on 130 students who are likely to graduate this year. Soon, the portal is likely to extend to all the scholars who have crossed Second Year in M.S. and Fourth Year in Ph.D.

It allows general viewers to view only the basic information of the scholars without any registration. For further information, one has to register themselves in the portal and get it approved by the institute administrators. There after the portal allow you to access more information about the scholars

Speaking about the celebrations, Prof A. K. Mishra, Dean (Academic Research), IIT Madras, said, “The RSD has been catalyzing significant interaction among IIT Madras Research Scholars and bringing in a growing sense of togetherness. It is heartening to see the Research Scholars from different disciplines and diverse areas of research coming together in increasing numbers to expand their horizon of knowledge, to interact with leaders of academic and industrial R&D and to present their own research capabilities to the world.”

As part of the RSD Celebrations, several events were held that offered glimpses of the research underway at IIT Madras including, a Product expo, which was a platform to the research park companies to showcase their research product, an event for presenting posters by scholar besides an event for scholars to explain research in three minutes in non-technical terms.

Padmabhushan awardee Dr. T. Ramasami, Former Secretary, Department of Science and Technology, Government of India, was the chief guest of the inaugural function.

RSD provides the IIT Madras research scholars an opportunity to step beyond the confines of their laboratories and witness research in its full splendour, while rubbing shoulders with the leaders of industry and academia. It provides a platform which would push the emerging breed of researchers to rise above and beyond the standards set by the pioneers of the yester generations in contributing to the empowerment of the nation through science and technology. RSD has grown bigger and better every year and RSD 2018 was a true reflection of the tremendous growth of the festival in such a short span of time