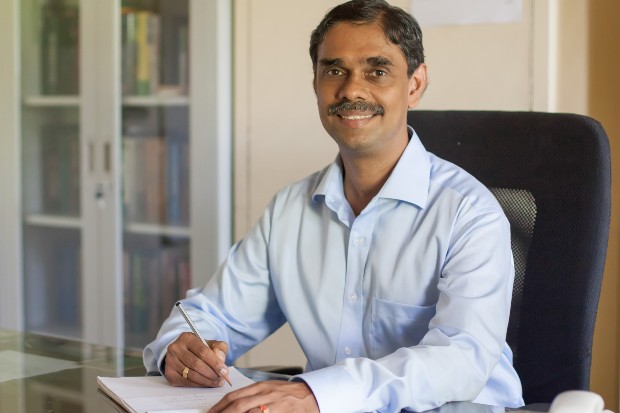 Prof. Sujith has over 360 technical publications (including 186 refereed journal publications), 12 patents and has also written a book on ‘Thermoacoustic Instability’

CHENNAI : Indian Institute of Technology Madras Prof. RI Sujith has become the First Indian to be awarded the Distinguished Fellowship of International Institute of Acoustics and Vibration (IIAV). The Fellowship is awarded to individuals with distinguished careers in acoustics (and/or) vibration.

Prof. Sujith works on both experiments and modelling. Some of the Key Research Interests of Prof. R. I. Sujith with a major impact in the field include

Ø Obtaining early warning (precursors) for the onset of thermoacoustic instability

Elaborating on how the IIAV Distinguished Fellowship will boost his Research, Prof. RI. Sujith, Department of Aerospace Engineering, IIT Madras, said, “This fellowship has given my group greater recognition and visibility. I plan to collaborate actively with IIAV in various activities including their international conferences, workshops, seminars and publications”.

Thanking IIAV for conferring this honour, Prof. Sujith said, “I was pleasantly surprised when the IIAV contacted me about this. The IIAV is a wonderful international body, and I have participated in their conferences in the past. It is a great honour to be recognized by such a body that has given so much to the international acoustics community. I am humbled by this recognition.”

Prof. Sujith has over 360 technical publications (including 186 refereed journal publications), 12 patents and has also written a book on ‘Thermoacoustic Instability.’

Prof. R. I. Sujith received his undergraduate degree in Aerospace Engineering from IIT Madras in 1988. He then graduated with an MS degree in 1990 and a PhD in 1994 from the Georgia Institute of Technology, Atlanta, USA. He is a recipient of the Alexander von Humboldt Fellowship and the Hans Fischer Senior Fellowship of Institute for Advanced Study (IAS) of the Technical University of Munich.

Prof. Sujith was the founding Editor-in-Chief of the International Journal of Spray and Combustion Dynamics from 2009-15, and is currently a member of the editorial advisory board of Chaos. He has won the Young Engineer Award of the Indian National Academy of Engineering.

He has been awarded the Swarnajayanti Fellowship and the J. C. Bose Fellowship by the Department of Science and Technology, Government of India. He is a Fellow of the Indian National Academy of Engineering and the Indian Academy of Sciences, and has been conferred the title of ‘TUM ambassador’ of the Technical University of Munich.

Prof. Sujith currently works on the application of dynamical systems and complex systems theory to study and mitigate thermoacoustic instability.