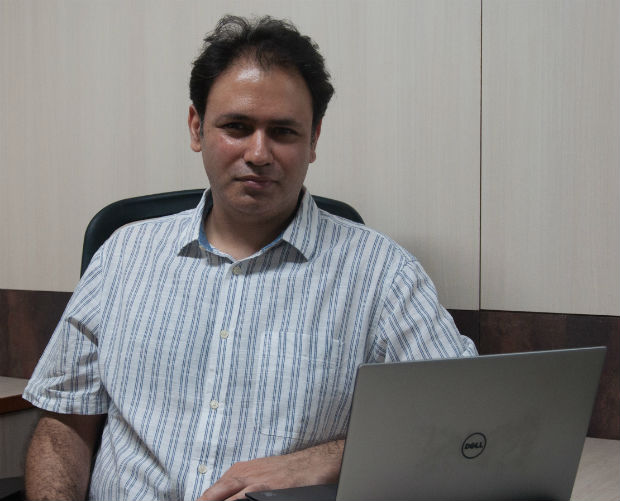 Chennai: Indian Institute of Technology Madras Professor Gaurav Raina has been elected as the Chairman of Mobile Payment Forum of India (MPFI), which played a key role in developing interoperability and security standards for Immediate Payment Service (IMPS) and later, the Unified Payments Interface (UPI) built upon the IMPS platform.”

A joint initiative of Institute for Development and Research in Banking Technology, Hyderabad and Rural Technology Business Incubator (RTBI), IIT Madras, taken up in 2006, MPFI’s mission is to enable mobile payments and mobile financial services by everyone in Digital India through secure, efficient and low-cost transaction.

Speaking about his priorities, Prof. Gaurav Raina, Associate Professor, Department of Electrical Engineering, IIT Madras, said, “The MPFI will focus on Future solutions such as Voice-based Authentication, Security and Privacy. Another area of priority will be the UPI platform, including the BHIM application.”

Creating User awareness, Simplifying Message Formats for SMS banking, and Proximity Solutions, including NFC (Near Field Communication), will also be taken up in the next few months. The MPFI will work closely with National Payments Corporation of India (NPCI) to play a key role in this critical transformation, he said.

The IMPS and UPI platforms have been completely designed, architected and engineered in India. These digital platforms are world class, and in the coming years, millions of Indians will stand to benefit.

Prof. Gaurav Raina, took over as the Chairman for a 2-year tenure during the General Meeting of MPFI held on 4th October 2017, at Mumbai. The NPCI, Public and Private Sector banks, financial institutions, Government of India, Academia, and Technology Firms, attended the meeting to discuss the priorities for the future.

In August 2017 alone, over 90 million financial transactions took place using IMPS and UPI platforms. Transactions on IMPS have doubled each year over the last two years, with over 500 million transactions being completed in FY 2016-2017. These massive growth numbers are but a small indication of the tremendous potential for mobile payments in the Indian economy.

Today, the MPFI is positioned as a pivotal solutions-oriented think tank focusing on developing policy frameworks, supporting businesses and building out the technology platforms further.

According to Prof. Gaurav Raina, “We have only seen the tip of the iceberg in mobile payments. There is tremendous potential for IMPS and UPI-based payments to change the face of Indian economy, by increasing efficiency, enhancing financial inclusion and fostering innovation.”

“We will see the solid growth in mobile payments be further accelerated through network effects, once a critical mass of users is achieved. Individuals, start-ups and small enterprises, as well as large businesses will benefit from these gains,” he said.

The next meeting of MPFI is expected to be held in January 2018. In subsequent meetings, the MPFI will also host sessions for show-casing innovative solutions by financial technology companies and start-up companies working in this space.

‘Need of the hour: Choreographers & storytellers, not program managers’