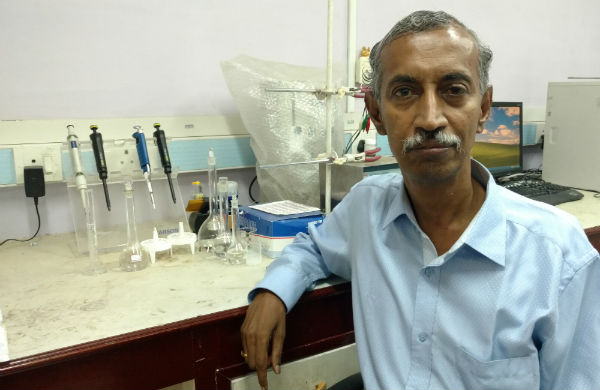 Chennai: A Professor from Indian Institute of Technology Madras has been selected for the prestigious C.N.R. Rao National Prize for research in Chemical Sciences.

Dr. M.V. Sangaranarayanan, Professor, Department of Chemistry, IIT Madras, was selected for this award, instituted by the C.N.R. Rao Educational Foundation for the promotion of Chemical Research in India.

The award is constituted by the Chemical Research Society of India, a professional body that promotes and facilitates research and education in all branches of chemistry. The award has been presented in recognition of his following contributions:

University of Warwick: An Inventory of Losses wins 2021…

Prof. M.V. Sangaranarayanan along with his research group has been analysing various fundamental questions on the thermodynamic and microscopic analysis of electrochemical systems. Further, statistical mechanical modelling of electrical double layer, non-equilibrium thermodynamics of charge transport processes, supercapacitors, and biosensors among are his other significant contributions.

Speaking about the contributions leading to the award Prof. M.V. Sangaranarayanan, Department of Chemistry, IIT Madras, said, “The theoretical and experimental studies on charge transfer processes in electrochemical systems constitute the most challenging field of research. A variety of sophisticated theoretical techniques in conjunction with diverse electrochemical experiments has provided significant breakthroughs in the studies conducted by my research group at IIT Madras”.

University of Warwick: An Inventory of Losses wins 2021 Warwick Prize for Women in…

iednewsdesk Nov 29, 2021
The celebration of the 85th Anniversary of The Hong Kong Polytechnic University (PolyU) commenced today with a…

University of Warwick: Science spectacular back in action at the…