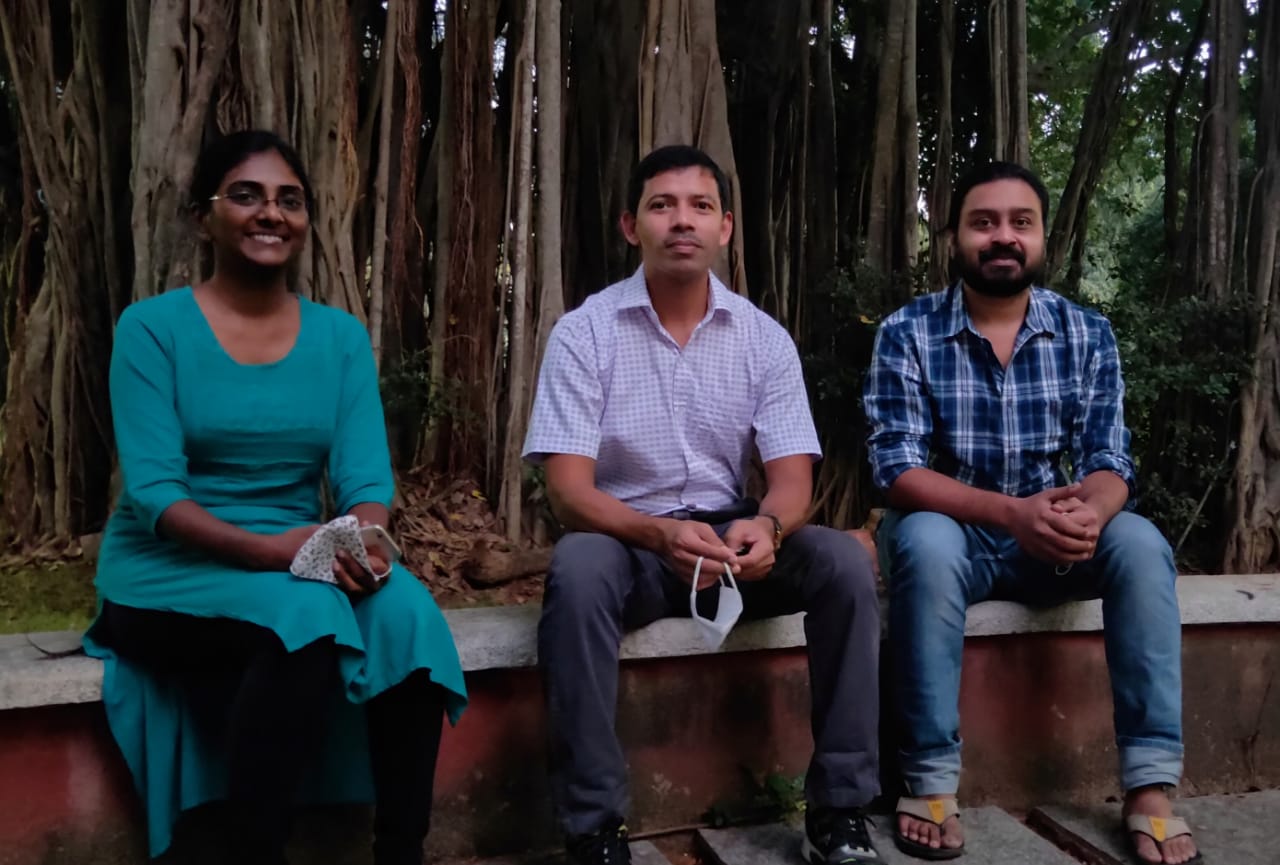 Chennai: Indian Institute of Technology Madras Researchers are working on a revolutionary new idea that can pave the way to effective drugs for treating HIV/AIDS. Using molecular dynamics simulations, the research team have shown that introducing electrostatic interaction sites on potential drug molecules can enhance the efficacy of the antiviral drug against the HIV virus.

This research was led by Prof. Sanjib Senapati, Department of Biotechnology, IIT Madras, along with his research scholars, Mr. Mohammed Ahsan and Ms. Chinmai Pindi. The results of their ground-breaking work have recently been published in the prestigious peer-review Journal of the American Chemical Society – Biochemistry.

AIDS is one of the most devastating diseases and is a major cause of death among youth in many parts of the world. Since its outbreak nearly four decades ago, tremendous efforts have been directed towards development of antiretroviral therapies that target different stages in the life cycle of the virus that causes this deadly disease.

The pressing need for better drugs to combat drug-resistant HIV strains led researchers such as Prof. Sanjib Senapati to delve into the molecular structure of the protease to identify weak sites that can offer a handle for better inhibitor development.

Elaborating on this research, Prof. Sanjib Senapati, Department of Biotechnology, IIT Madras, said, “Current inhibitors that target HIVPR make use of the weak forces of attraction called ‘van der Waal’s forces’ to attach themselves to the protease molecule. Given that these forces are weak, the efficacy of the drug is variable and the virus will soon become resistant to them.”

Recent useful data obtained using analytical techniques such as neutron diffraction and NMR, on the molecular structure of the target HVPR enzyme, have encouraged Prof. Sanjib Senapati to re-visit the patterns of HVPR-inhibitor binding. By using state-of-art computational techniques his team has uncovered vital data that can be used for design of more efficacious drugs.

The Molecular Dynamics (MD) simulation studies conducted by IIT Madras Researchers showed the presence of a strong and asymmetrical electric charge in the active site of the HIVPR. If a drug molecule can be designed with a complementary charge, so that it can bind tightly with this active site through electrostatic attraction, it can permanently deactivate/inhibit the enzyme.

“Current drugs lack this electrostatic complementarity. This must be investigated because it is well-known that electrostatic forces between molecules are much stronger than van der Waals forces,” added Prof. Sanjib Senapati.

Thus, Prof. Sanjib Senapati and his team propose that drug design strategies should embrace both electrostatics and van der Waals interactions to complement the HIVPR active site architecture. Further, the team believes that such compounds will be effective against both wild type and resistant HIV variants. This is a paradigm-shifting idea and will offer a whole new approach to the development of drugs for HIV-AIDS.

Prof. Chandra Verma, who has a Ph.D. from Bioinformatics Institute, A*STAR, Singapore, and is not involved in this IIT Madras Research, predicts a bright future for HIV drug development, with such knowledge base.

“This is a remarkable discovery,” says Prof. Chandra Verma of Prof. Senapati’s work, “and one that will hopefully open a new window into novel screening/designing efforts that will lead to the availability of drugs that can combat both the wild type and the resistant protease, satisfying to an unmet need in the arsenal of drugs used to treat the disease.”