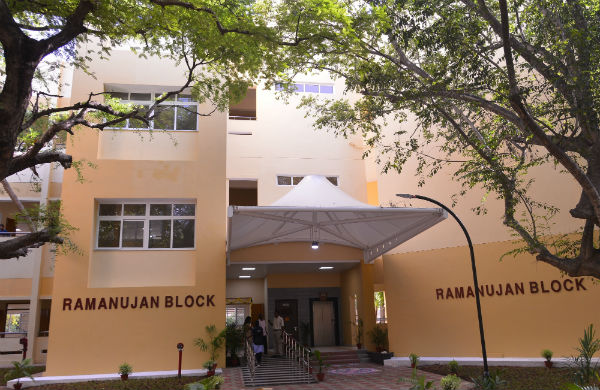 Chennai: Indian Institute of Technology Madras welcomes the newly admitted students, with state-of-the-art infrastructure and several new initiatives intended to give them a top-notch experience in one of the most prestigious academic institutions in the world. The new academic session of the Institute for the B.Tech, B.Tech-M.Tech (dual Degree) and MA students started today.

Addressing the students and parents during the Orientation Session held recently, Prof. Bhaskar Ramamurthi, Director, IIT-Madras, said that the academic programs at the Institute are designed in a manner that students have adequate time to pursue co-curricular and extra-curricular activities, along with their studies.

He urged the incoming students to lead a disciplined life and be sensitive towards the animals residing on Campus such as deers, blackbucks and monkeys.

Prof. Bhaskar Ramamurthi also urged the parents to tell their wards to take adequate sleep and rest. “Parents should tell their children that they should never miss their breakfast,” he added.

Solar-powered classrooms
Two new modern solar-powered classroom complexes – the Raman and Ramanujan Blocks, designed exclusively for freshmen, was inaugurated by Prof. Bhaskar Ramamurthi on 21 July 2017. Constructed at a cost of Rs 7.7 crore, it is an energy-efficient “green building” with several pioneering concepts. The entire building is powered by a 10 kW Solar PV system, which directly supplies at 48V DC (an inverterless system). It also has novel DC-based electrical system with highly efficient DC lights and fans.

The building designs were modified to accommodate the existing trees. The tree cover around complexes has been preserved. The total floor area of the two blocks combined is 33,571 sq. ft. The building has excellent North-South ventilation and ample natural lighting.

It features designer blackboards and classrooms having been equipped for laptop hook-ups and other modern amenities.

Each of the blocks houses six classrooms, each with a capacity of 84 seats. Total capacity of both blocks combined is 1,008 seats. Most classes for the first year students will be held in these twelve classrooms.

Mobile App for Safety
The Institute is beefing up the use of a mobile app for students’ safety this academic year. The app, which was being used as a pilot project in previous years, will send out an alert if a student, who perceives he/she is in some sort of danger, presses the power button twice, explained Prof. Sivakumar M. Srinivasan, Dean (Students), IIT Madras.

Explaining its’ features, he said that a set of numbers including the Security Personnel have been pre-loaded on to this app. Once a student activates the app, an alert along with the real-time location of the student in distress will go to all the pre-loaded numbers.

Solar vehicle
IIT-Madras is moreover, launching, as a pilot project this year, a solar-powered pedal-assisted vehicle to help differently abled hostel students travel to their classrooms. The vehicle will have a seating capacity of four. Based on the requirement, this project will be scaled up in near future.

Prof. Sivakumar informed that this vehicle was designed by Pi Beam Labs, a start-up incubated at the IIT-Madras Incubation Cell.

Other initiatives
IIT Madras is furthermore, having a Peer-Assisted training Program, wherein a senior will help an allotted group of about 3 to 4 freshers in a few subjects such as Maths, Physics and Thermodynamics by holding discussions with them, clarifying doubts and guiding them in solving problems.

A ‘Life Skills’ course is also being offered for the new students as a structured way of induction. The ‘Life skills 1’ and ‘Life skills 2’ are offered in the first two semesters for all the undergraduate students. The course initiates them into thinking about the life purpose leading to the question on purpose of their engineering education. The course covers many of the human values like empathy, care for nature, aspirations and gender diversity.

There are several systems, structures and activities in place at IITM to promote emotional wellbeing of the students.

It consists of student bodies, faculty mentors, Chief mentor, wardens, professional counsellors, telephonic and online counselling services, and psychiatrists. The coordinating officer who is in-charge of the wellness cell integrates all the resources mentioned above to ensure seamless service to the students. It focussed on the following aspects: 1. Mental wellness; 2. Physical Wellbeing; 3. Social Adaptation; 4. Academic support: 5. Infrastructural Support; 6. Team building and motivational events.

Further, a new food court with six stalls is also being opened this year in the campus along with two food courts in the hostels.

BSF signed an MoU with the National Skill Development Corporation

IIM Jammu Summer School starts off on a positive note