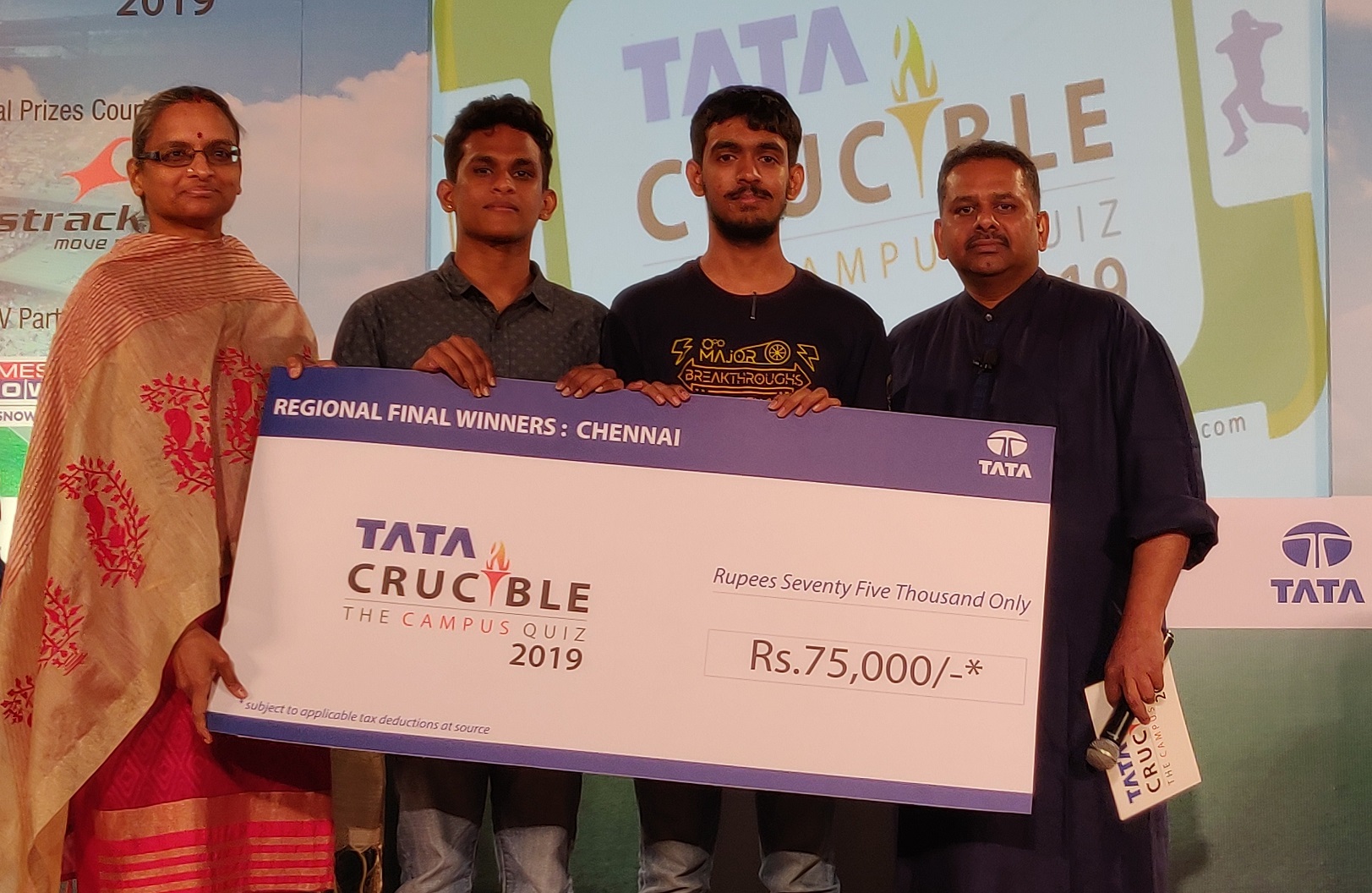 A record number of 1179 teams battled it out in the city level finale for the top honours, held at Madras Music Academy. Pranav Hari G. and Rahul Humayun took home a cash prize of Rs. 75,000* and will compete in the zonal round to qualify for the national finale. Sree Ganesh Balaji and Kapil Agarwal from D.G. Vaishnav College were declared runners-up, winning a cash prize of Rs. 35,000*. Ms. S. Sukanya, Vice President & Global Head – Delivery Excellence and Governance, Tata Consultancy Services Ltd. was the Chief Guest at the finale.