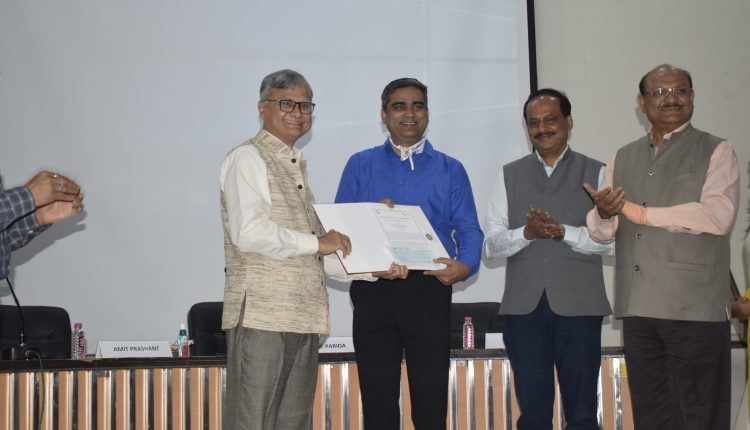 Gopal Ranjan Technology Award honors a person on the basis of their ‘Creative Work’ in the fields of Soil Characteristics, Foundation Engineering, Ground Improvement, Soil Structure Interaction, Engineering Geology, Underground Structures, Rock Mechanics, Subsurface including marine structure in India. The award is given to an Indian National or an alumnus of IIT Roorkee (or its predecessor University of Roorkee) of any nationality.

While delivering a technical talk on “Seismic Displacements of Cantilever Retaining Wall Using Double Wedge Model” in the award ceremony, Prof. Amit Prashant, Professor and Officiating Director IIT Gandhinagar, said,”The developed design methodology considers the sliding as well as rotational failure modes and is capable of providing better predictions of seismic displacements. This will be useful for a better understanding and the optimization of seismic design of Cantilever type of retaining structure.”