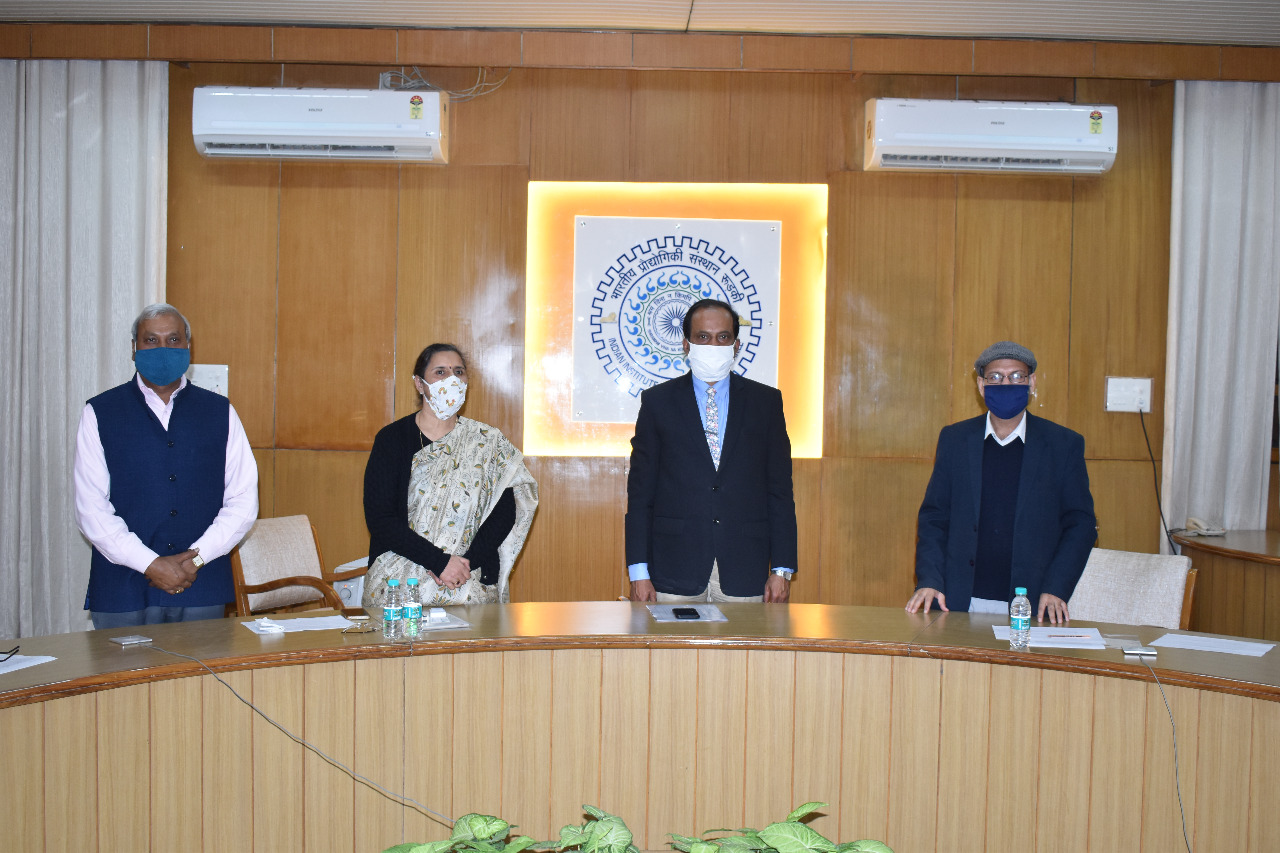 Presenting the life sketch of Shri Ravi Mohan Mangal, Prof. Manoranjan Parida said: “I would like to thank IIT Roorkee for instituting a Chair in the memory of my father-in-law. This occasion is a matter of joy for us. IIT Roorkee was very dear to his heart which he served for 36 years from 1st September 1957 to 30th June 1994. He worked in the Department of Mechanical Engineering from 1957-63 and in the Metallurgical Engineering Department from 1963-1994. He was Project Officer of the Adult Education Project. Under his aegis, several NSS camps were organized in villages. He played an important role as Company Commander of Home Guards in maintaining law and order in Roorkee during the 1971 war. He was actively associated with the renovation work of the Saraswati Temple at IIT Roorkee. He was imbued with a passion for social work. He spearheaded the adult education and also primary education in villages and executed several social welfare projects in his personal capacity.”

Reminiscing about her father, Late Prof. Ravi Mohan Mangal’s daughter, Dr.Purnima Parida, Senior Principal Scientist, CSIR-CBRI, said that she doesn’t need to remember her father but his contribution in shaping the daily habits of all family members is so deep that they keep him alive in their memories all the time. She recounted several instances of how he always encouraged and brought her up as an independent and empowered person and now she feels so intensely that how lucky she has been being the daughter of Shri Ravi Mohan Mangal. She also thanked IIT Roorkee for allowing her and family to institute an Institute Chair Professorship in her father’s memory.

Prof. Ajit K. Chaturvedi, Director, IIT Roorkee, said: “It is a happy moment for the Mangal family and us to be in a position to honour a philanthropist and generous person like Shri Ravi Mohan Mangal who was so loving, endearing and enriching. As an educationalist, social worker, philanthropist-all rolled into one, Late Shri Mangal was a multi-faceted personality. The Institute Chair Professorships are highly competitive within three broad disciplines. Until now, four outstanding professors have been conferred with donor-specific Institute Chairs at IIT Roorkee. I would like to thank the Mangal family for taking this initiative and reminiscing about his benevolent journey. His memories and work will stay on through this initiative, and people will continue to remember Shri Mangal even centuries later.”

The program was anchored by Prof. B. R. Gurjar, Dean of Resources and Alumni Affairs, who said, “It is a matter of great pleasure that several alumni are coming forward to make generous contributions to support various schemes and programs for promoting excellence among students, faculty, and departments of IIT Roorkee.”

The event concluded with a vote of thanks by Prof. M. R. Maurya, Dean of Faculty Affairs, IIT Roorkee.