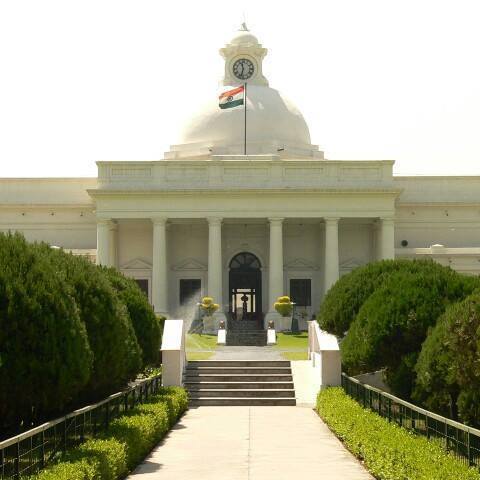 The A.S. Arya-IITR Disaster Prevention Award is conferred to an Indian national for outstanding contribution in the area of Disaster Prevention and Mitigation. The award celebrates their outstanding work and internationally recognized action, going beyond the scope of the normal functions in the implementation, launching of scientific activities and to promote such activities which reduce the economic impact of disasters and which contribute to sustainable developments.

A. S. Arya-Young Earthquake Engineer Award citation is given to an eminent Indian engineer having a Masters Degree in Earthquake Engineering/Structural Dynamics/Soil Dynamics where the research work submitted for consideration is either the thesis for Master or Ph.D. degree or one or more research papers published in refereed journals of repute.

The event received a welcome address by Dr. Partha Roy is a Prof. Biotechnology and Dean of Resources and Alumni Affairs (DORA), IIT Roorkee. And the awards were conferred by Prof. A. K. Chaturvedi, Director, IIT Roorkee, to the awardees.

Prof. Ajit K Chaturvedi, Director, IIT Roorkee, said, “The contribution of Prof. Boominathan and Prof. OlympaBaro in the field of seismic hazard assessment has been noteworthy. While Prof. Olympa Baro through her research in Ph.D. has contributed towards the understanding of the seismic hazard potential of the Shillong Plateau (SP); the research group led by Prof. Boominathan has carried out seismic microzonation studies for Chennai city.”

While elaboration on the research, Prof. A. Boominathan, Department of Civil Engineering, IIT Madras, added, “Based on a large number of boreholes measured shear wave velocity data, the group had proposed correlations between shear wave velocity and standard penetration test blow counts with and without energy corrections for typical soils of Chennai city. The local site effects were studied rigorously by carrying out site response analyses considering the intensity characteristics of earthquake motion at the bedrock level and nonlinear characteristics of the soil. Additionally, an NHERP based seismic site classification map and fundamental site period map for Chennai city were also developed.”

Talking about her contribution, Dr. OlympaBaro, Department of Civil Engineering, NIT Silchar, said, “The research included the identification and characterization of the four seismic source zones affecting seismicity of the SP. Also, another part of the research contributed to the assignment of proper weights to Ground Motion Prediction Equations (GMPEs) for assessing Peak Ground Acceleration (PGA) values across the SP. This showed that seismic hazard analysis for a significantly large area has to be done in parts and not as a single study area due to the varying weights of GMPEs.”