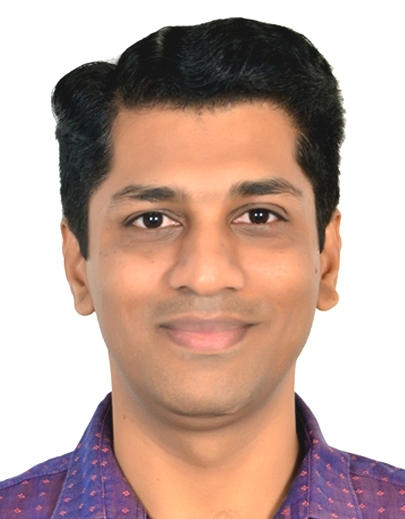 Roorkee: Dr. P. Gopinath and his team from the Indian Institute of Technology Roorkee, have developed fluorescent carbon nanodots that can serve as “theranostic” (therapeutic + diagnostic) agents for cancer. These nanosized (10-9 metre) carbon materials have been extracted from the leaves of the rosy periwinkle plant. Their work, supported by the Science and Engineering Research Board (SERB) and Department of Biotechnology (DBT), Government of India, has recently been published in Colloids and Surfaces B: Biointerfaces.

The identification of cancer cells and their inhibition/destruction have been continuing challenges in the field of oncology and cancer drug research for many decades. In the past few years, nanotechnology has emerged as one of the most promising areas in cancer diagnostics and treatment and nanomaterials – materials having dimensions in the nanometre (10-9 m) range – are being increasingly studied as agents in molecular tumour imaging, molecular diagnosis and targeted therapy.

Of the many types of nanomaterials studied, carbon nanodots show considerable potential. “carbon nanodot” refers to fluorescent carbon-based nanomaterials. Carbon dots, also called carbon quantum dots, are fluorescent materials that are well-suited as both therapeutic and diagnostic agents for cancer because of two unique characteristics – they are biocompatible and can be rapidly excreted from the body and exhibit low toxicity while producing reliable optical signal. In addition, they can be chemically modified for use as multimodal probes and therapeutic conjugates.

Dr. Gopinath’s team has synthesised carbon nanodots by heating the leaves of Catharanthus roseus, commonly called rosy periwinkle and Vinca rosea, in a process called “hydrothermal reaction”. The nanodots were found to exhibit strong fluorescence, which makes them suited for diagnostic functions, while also mediating anti-cancer activity, as was seen from in vitro studies. When embryonic fibroblast cells of mouse were incubated in the presence of carbon nanodot suspensions for a few hours, the cells exhibited fluorescence, which showed that the carbon dots had entered the cells. The team also found that nanodots inhibited microtubule formation in the cell nuclei. Microtubules are the initiators of cell division, and their inhibition prevents the duplication of cells and thus curtails their proliferation. In addition, microtubule inhibition destabilizes the cytoskeletal framework of the cells and causes cytoplasmic constriction, all of which leads to the death of the cell itself. Cancer research from the past has already shown that the alkaloids in Vinca rosea inhibit microtubule formation and it is interesting that the carbon nanodots derived from Vinca rosea retain the inhibition effect, in addition to providing a handle for fluorescent labelling of the cancer cells.

“Such events of real-time image guided anticancer therapy by a single system open a new paradigm in the field of anticancer therapy”, says Dr. Gopinath on the benefits of these theranostic tools. “With these nanomaterials, we can identify the cancer cells and track them by an imaging system simultaneously as the cells themselves are being eradicated in a precise ‘surgical strike”, he adds.

With these promising observations, Dr. Gopinath and his team are planning next stage animal studies for further evaluation of these nanomaterials in oncological applications, for both diagnostics and treatment. They will concurrently study the factors that would affect the performance and use of carbon nanodots in cancer theranotics, including developing efficient means of delivery, processes for conservation of nanodot bioactivity and the enhancement of specificity towards the target cells. Potential applications of carbon nanodot theranostic tools include identification of metastatic cancer cells, qualitative measurement of specific molecular targets and development of guide targeted cancer therapy by enabling biodynamic markers for target inhibition.

Diplomats from 11 countries visit the Indian School of Business