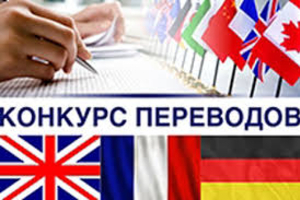 ILL students and teacher are winners of all-Russian translation competitions

November is rich for the Institute of Foreign Languages ​​to participate and win in various all-Russian translation competitions in the “French” nomination.
Students of the Institute of Foreign Languages ​​(direction of study “Pedagogical education with two training profiles” French and English “) within the discipline” Theory and Practice of Translation “(teacher N.S. Barymova) took part in the 6th All-Russian Translation Competition for Students senior school students, students of secondary and higher educational institutions, undergraduates and graduate students of higher educational institutions, which was organized by the Department of Foreign Languages ​​and Professional Communication of Tambov State Technical University with the support of the Center for Language Training.

The aim of the competition is to draw attention to the issues of practical translation and translation theory, encourage and support young people who carry out practical and research work in the field of translation studies. The competition was held in three main foreign languages ​​(English, German and French) in several nominations:

Tomsk State University: TSU mathematician is one of the…

ITMO: ITMO Among Top 5 in Quality of Bachelor’s Admissions…

Teachers of the Department of German and French languages ​​congratulate the winners and wish them further professional success and achievements.

Results of the University Listening Olympiad