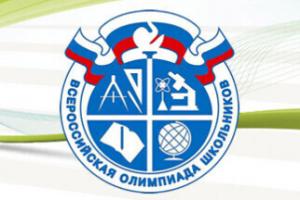 The regional stage of the All-Russian Olympiad for schoolchildren in 21 subjects has started in Russia. The French language Olympiad has already taken place. The performance of assignments for Karelian schoolchildren was assessed by teachers of the Institute of Foreign Languages ​​of PetrSU.
On January 12-13, on the basis of the Karelian Institute for the Development of Education, the regional stage of the French Olympiad was tested. The main goals and objectives of this Olympiad are to identify and develop students’ creativity, interest in research activities in the field of linguistics; support for gifted children, including assistance in their vocational guidance and continuing education; promotion of humanitarian knowledge among young people; development of the readiness and ability of schoolchildren to carry out speech communication at the international level.

The tasks for the Olympiad were developed by the central subject-methodological commission for the French language, they are the same for all Russian schoolchildren and their level of difficulty corresponds to the B2 level on the European scale. 14 schoolchildren of 9-11 grades from Petrozavodsk took part in the Olympiad.

It is important to note that schools were represented where French is both a first and a second foreign language. Many participants performed very well. This is a great merit of their teachers, who helped their students to achieve success in mastering the language,

– said representatives of the institute.

The jury members of the regional stage of the Olympiad were experienced teachers of the Department of German and French languages ​​of the Institute for Foreign Languages ​​of PetrSU O.A. Veselovskaya (chairman) and N.S. Barymova. The clear organization of the procedure for holding the Olympiad competitions, which took place over two days, was provided by N.P. Grubman, senior methodologist at KIRO.

After the regional stage of the Olympiad, O.A. Veselovskaya and N.S. Barymov had a career guidance conversation with students in grades 9-11, talking about studying at the Institute of Foreign Languages , the prospects for training, and interested them in cooperation with the French Institute in Russia and international exchange programs with francophone countries.

Nutrition issues for young children discussed at the online school