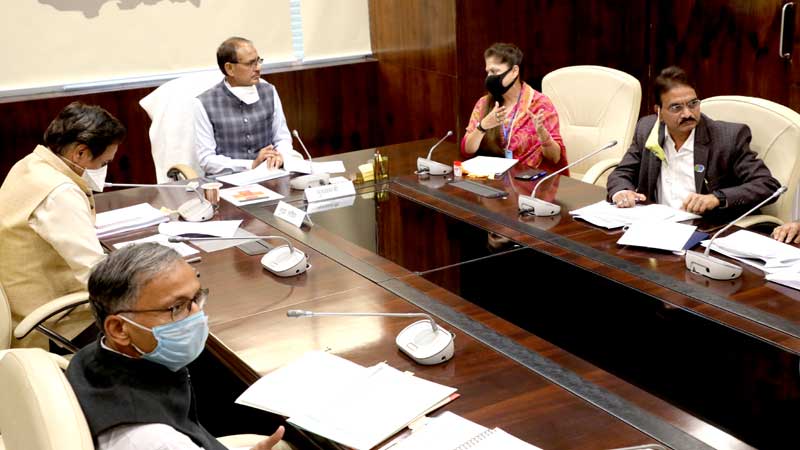 Bhopal : Chief Minister Shri Shivraj Singh Chouhan has said that it is a matter of pride for Madhya Pradesh that in-principle approval has been granted by the central government to hold Khelo India Games of 2022 in Bhopal, due approval will be received soon. Two players of Madhya Pradesh, Chinki Yadav and Aishwarya Pratap Singh have made us proud by winning Olympic quota in shooting. Similarly, 25 sportspersons of the state are getting trained as Olympic qualifiers.

Mukhya Mantri Cup and MLA Cup will be organized

The Mukhya Mantri Cup will be organized to provide opportunities to new and talented players in the state. The previous government had discontinued the MLA Cup, which will be resumed.

Yoga has been included as a sport in the Khelo India Games 2021 by the Government of India. Vivekananda Yoga Centres will be established at district level for the expansion of Yoga in the state. Later, they will be expanded to the block level.

Chief Minister Shri Chouhan said that there is a plan to construct an international sports complex on 50 acres of land in Gwalior and a world-class sports science centre in Bhopal. A variety of scientific methods will be adopted for better health of sportspersons at the Sports Science Centre. There is also a plan to build world-class archery infrastructure at Ranjhi Jabalpur. Multipurpose Sports Complex will be constructed at Bijalpur, Indore.

Sports Minister Smt. Scindia informed that the sports academies of the state were started in August during Corona period. It is a matter of pride for the state that Madhya Pradesh players have bagged 10 international and 40 national medals in the last five months.

Recruitment of players in MP Police

A decision was taken by the Cabinet in the year 2019 regarding recruitment of players who won medals in the national and international competitions of Madhya Pradesh. The recruitment process will start after publication of the notification in the Gazette.

Employment has been provided to 9684 youths under various employment programmes conducted by the Department of Sports and Youth Welfare in the state.