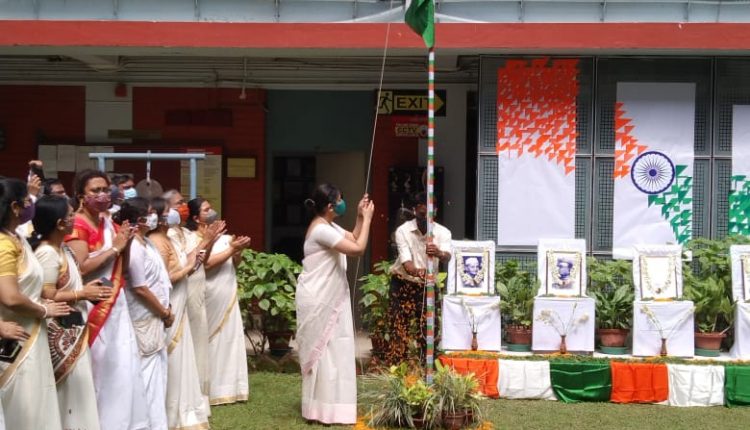 As India embarks on its year-long celebrations of the grand Diamond Jubilee of Indian Independence, J.D. Birla Institute also celebrated the day with enthusiasm and patriotic fervor on Sunday, 15th August 2021.

The legacy and spirit of our freedom fighters have been redefined today with the courage and determination of our COVID warriors and the theme for the program was aptly selected as ‘Warriors of Independence’. While the Pandemic has cast a cloud of uncertainty in our lives, the freedom struggle of our great freedom fighters nurtures our young generation with its glory, fills a sense of pride and provides reassurance that human spirit to fight all odds is indomitable.

The story of Indian independence is as unique and as extraordinary as the country and her people. Never before had the world seen freedom claimed by civil disobedience and non cooperation rather than violence and force. The leaders of India’s freedom struggle through the years have been revolutionary thinkers and change makers who ideology have found resonance in countries across the world and prevailed to this day. Not a single shot was fired, no war was waged and no treaty was drafted as the British handed over power and quit India. It was an act with no parallel in history.

As Indians we have negotiated with our colonial past and emerged victorious 75 years ago. The same spirit continues to imbue us in our fight against COVID as well. Students, faculty and staff attended the program virtually with some present at the college premises to host the National tricolor while maintaining standard COVID protocols. A sapling planting ceremony by students and teachers was also held as part of a constant endeavor of the Institute to instill greater environmental awareness.