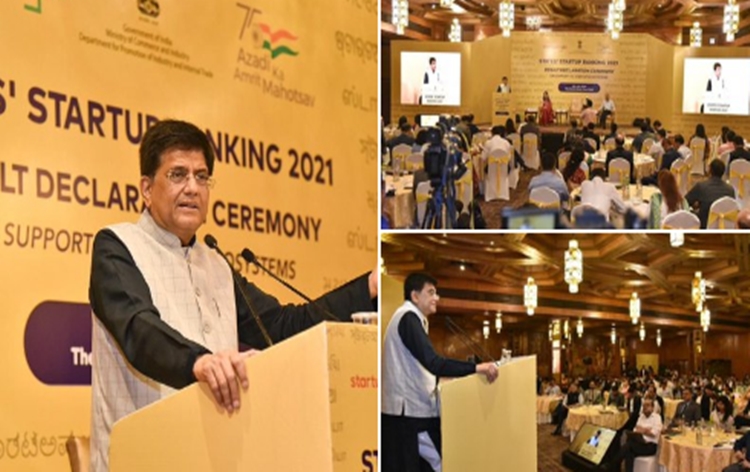 New Delhi: Union Commerce and Industry Minister Piyush Goyal said that India has become the third largest startup ecosystem in the world within a span of six years. He said, the government under the leadership of Prime Minister Narendra Modi has acted as a catalyst for startups rather than a controller.

The Minister today released the results of the third edition of Ranking of States’ Exercise 2021 on Support to Startup Ecosystems in New Delhi. On this occasion, Mr. Goyal said, initiatives like Fund of Funds, Seed Fund Scheme, Income Tax exemption for three years and resolving issue of Angel Tax have helped the startups ecosystem in the country. He stressed that India should be the number one ecosystem for startups in the world. He said, there are over 71 thousand startups from over 640 districts and concrete efforts can led to registration of more startups.

In the third edition of Ranking of States’ Exercise 2021, Gujarat and Karnataka emerged as the Best Performers in a category of States.