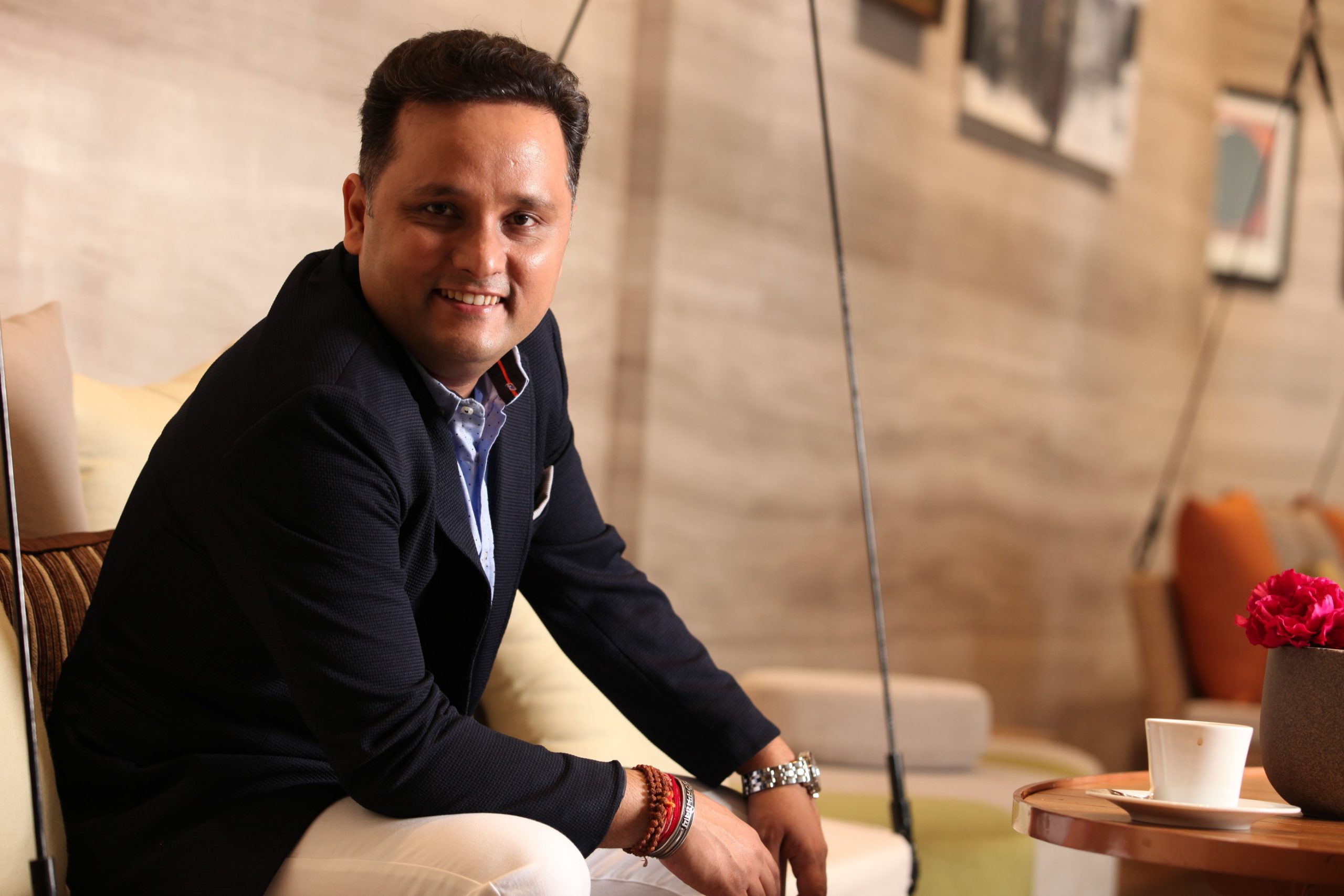 Bhubaneswar: Celebrity writer and now a diplomat, Mr. Amish Tripathi joined Kalinga Literary Festival’s (KLF) Bhava Samvad to share his journey as a writer and what he thinks about contemporary India and dwelled on the possibilities of a post-COVID-19 World Order. In this heart to heart one-hour session with academic Kamala Kanta Dash, Mr.Tripathi shared his insights into several issues including the reading habits of the youth, growing global interest on India, need for Indianisation of education and why there is a need to achieve fast economic growth and how is it possible keeping the sustainability aspect of development in mind.

Speaking on Creativity and Youth, he said creativity and artistry are blessings of God or supernatural power, human beings cannot exclusively take credit for this. So, he suggested that young minds need to believe first and should have faith in their own culture and heritage where they will be open to appreciate the beautiful tradition with modifications. While commenting on whether there is a struggle between creative fiction and authentic sources, he quoted ancient Rig Vedic verse “एकं सत् विप्रा बहुधा वदन्ति” (which can be translated as – The Truth is ONE, but the wise people call/describe it by different/many names) to highlight how since millennia the traditions have been in a continuum through creative interpretation and portrayal of the ancient history.

Commenting on the Post-COVID world order, Mr. Tripathi predicted two possible paths for the world where one is the path of rediscovering the tradition and culture and another can be the road to chaos like what happened in the western societies after the World War-II (1914-1919) and the Spanish Flu (1918) which gave rise to what famously has been known as the Roaring 20s. As a continuing ancient civilization, India has a responsibility to the world and it will be able to extend its Madhyam Marg or the middle path approach to balance the extreme possibilities that the world may go in the next few years.

Responding to the question of challenges to India, he advocated for reform in the Indian education system. He argued that there is an urgent need to reform and Indianize our education system where culture, traditions, ancient texts, yoga and Ayurveda should be taught from the initial levels of schooling. He went to highlight how India has preserved its culture and tradition despite the centuries of invasion and subjugation by foreigners, invaders, and colonizers. Taking an example of the millions of ancient manuscripts of diverse genres that have remained even after the invasions, he asserted that we need to access them, read, analyze, interpret and translate to other languages. Terming translations as a unifying force and a tool for national integration, he hoped that the next decade will see more investment of time, energy and resources in translating Indian classics to other languages and global classics to Indian languages. He offered the Kalinga Literary Festival platform to translate his books into other Indian languages including that of Odia.

In his advice for the aspiring) authors, Amish offered useful advice to listen to one’s own calling from the self without being bothered about the audience and the publisher. He shared how his first book was rejected by dozens of publishers and why he opted to self-publish. “Authors should write for themselves. The writings should come from within. Write because it’s your ‘Swadharma,” were his advice to the writers.

Moderator Mr. Dash divided his questions into five segments and created an acronym on the name of AMISH where A stood for authorship, M stood for myth-busting, I stood for India, S stood for Spirituality and H stood for History. Amish shared openly and candidly about his journey as an author, related struggle, and how success has not affected him at all even after Forbes has ranked him as one of the leading celebrities of India. He dedicated his drive to be an author to the blessings of Lord Shiva. Mr. Dash presented how Mr. Tripathi has created a new reading class of the youth who despite being accused of ‘decreasing span of attention’ chose to complete Amish’s trilogies on Lord Shiva and Lord Ramachandra in continuous sittings. Before 2019  he was an informal cultural ambassador of India and now from 2019 onwards he has become of the Nehru Centre in London where he is formally representing India and presenting India’s case to the people of the UK and Europe. He remains an eternal optimist that India’s spiritual heritage has the capacity to take the country to a 21st-century global leadership role where India will play the role of benevolent, non-violent, peaceful super-power, very different what superpowers have been since the start of civilization. On history teaching, he stressed on a balanced mix of Indian history and world history, especially where ancient Indian science and philosophy can be given greater focus.

It should be noted that Kalinga Literary Festival (KLF), a premier literary festival of India has initiated an online literary webinar series as the entire nation has come to standstill because of Covid19 lockdown and has witnessed precarious scenarios touching all strata of life.

Since stay-at-home is going to be new normal, the KLF has launched ‘KLF Bhava Sambad’, an online dialogic platform to bring poets, writers, thinkers, philosophers, public intellectuals, spiritual masters, researchers, performers, and common citizens to reflect upon the lives and emotions around us during this lockdown and beyond.

These two sessions were enjoyed by a large number of audience, especially literature lovers.

All aspects of life and emotions

The KLF, a pioneer in changing the perception of art and literary meet and discourse in India, has been a frontrunner in bringing transformational changes to such events.

Speaking about the initiative, Mr Rashmi Ranjan Parida, founder of the KLF said, “COVID-19 has affected everyone everywhere. When people have been homebound, quarantined, nature seems to have regenerated. KLF Bhava Sambad is a small step to rekindle the literary spirit at the time of disillusionment.” Going forward, the digital discourse platform of KLF will be held twice a month, added Mr Parida.

The upcoming sessions of Bhav Sambad  will be attended by renowned writers such as English poet Arundhati Subramaniam , Purushottam Agrawal , H.S Shivprakash, Deepa Aggarwal, Sukrita Paul Kumar, A.J. Thomas and many acclaimed writers will join upcoming web literary series KLF Bhava Sambad.  All these sessions of the series, which will run on the official social media platforms of the Festival, will be free and open for all. Also, there will be live question and answer sessions at the end of every session with the audience, informed the organisers.

Odisha Diary Foundation (ODF), Rythm Festival Pvt Ltd and Odisha Media info Service (OMIS) Private Ltd are organizing annual Kalinga Literary Festival,  Mystic Kalinga Festival (KLF), Kandhamal Literary Festival, KLF in Koraput every year.  Annual Kalinga Literary Festival,  Mystic Kalinga Festival (KLF)    celebrate the creative spirit of India and commemorate the literary diversity it offers, bringing it in conversation with the best minds in the world of literature within and outside of Odisha and India. Academics, authors, political and social activists, law makers, government officials, corporate leaders, students and people from all walks of life immerse in the vibrant atmosphere of the festival and exchange opinions on their favourite authors and works.

NIPERs can be self-sustainable by generating their own resources through research and testing activities : Mandaviya