India has demonstrated to the world the essence of mindful consumption of resources: Bhupender Yadav

The Ministry of Environment, Forest & Climate Change organized “Hariyali Mahotsav” – Tree Festival, at Talkatora Stadium, New Delhi, today celebrating the nation’s zeal for planting trees and saving forests.  The event was organised in collaboration with the State Governments, Police Institutions of NCT Government of Delhi and Schools of Delhi for undertaking plantation drives on the occasion and creating awareness about the importance of trees to protect our environment for present as well as future generations. 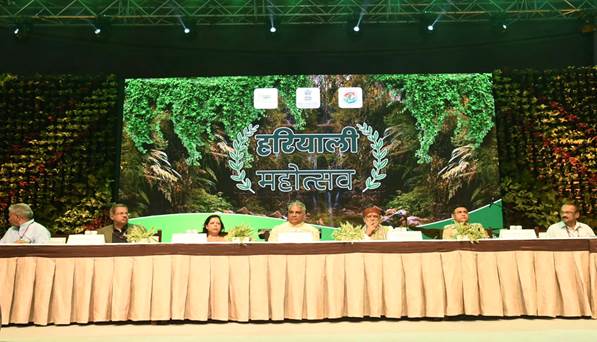 Union Minister of Environment, Forest and Climate Change, Shri Bhupender Yadav, called the nation forward to make the environment green and highlighted that protection of rivers, mountains and environment is a deeply embedded Indian sentiment as inscribed in our national song ‘Vande Mataram’. Lauding the participation of thousands of school children from Delhi, Delhi Police, officials of Delhi Forest Department, officials from M/o Environment, Forest and Climate Change, civil societies/NGOs and institutions from all across the country in joining the festival of “tree planting” in person and those who joined through virtual mode across the country, he urged people to follow environment friendly lifestyle to save our planet. Tree plantation is one of the actions towards Lifestyle for Environment (LiFE)as announced by the Prime Minister in CoP 26 at Glasgowand it is a need for all of us to come together to take LiFE forward as a campaign. 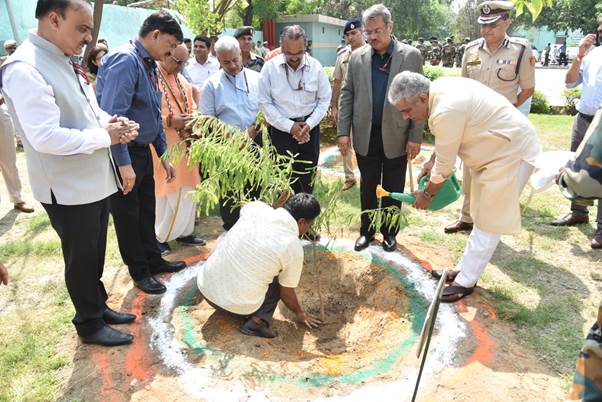 Today’s programme involves planation activities at 75 Nagar Vans, 75 km of road length around 75 Police establishments, in 75 schools of Delhi and 75 degraded sites across the country which are clear indication that people are not only welcoming but willing for participation in nature conservation. He appreciated the efforts of the nation in already achieving the country’s target of producing 175 GW of renewable power and moving with full force in reaching the renewed target of creation of 500 GW of renewable energy, as announced by Hon’ble Prime Minister at CoP26. India has committed to meet 50 percent of its energy requirements from renewable energy by 2030. He also shared the achievements and benefits of Soil Health Card Scheme launched by the Prime Minister. Till date about 23 crores soil health cards have been issued which shows our commitment towards health of soil. 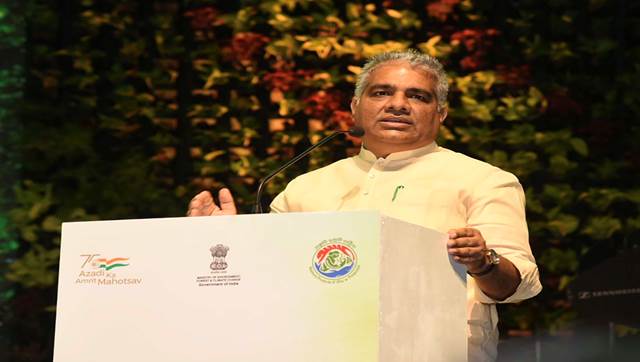 Referring to the Prime Minister’s call for sustainable environment, Shri Yadav said that not only do we need to progress, provide energy, give people a respectable life, but at the same time, we need to resolve to save the earth.  He said that India has a population of 17% of the world yet it accounts for only 4% of carbon emission while other developed nations with the same percentage of population account for nearly 60% of carbon emission.  Therefore, India has demonstrated to the world the essence of mindful consumption of resources.  He appealed to the children to take up professions that would enable them to work towards green energy.

He underlined the importance of ban on single use of plastics from 1st July and requested for shared responsibility from the citizens of the country in its full implementation and also informed the efforts being directed in creation of alternative solutions for an eco-friendly sustainable future.  India hosts rich biodiversity and in spite of the various anthropogenic challenges faced, the country thrives with 52 tiger reserves and 31 elephant reserves and many other endemic, vibrant wildlife and rich forests.

Shri Bhupender Yadav appealed to the students and the youth to work towards the resolve of the Prime Minister through plantation of trees, cleanliness, working in the field of new energy, keeping the earth green and developing a scientific attitude to save the world along with working on their careers in the future. 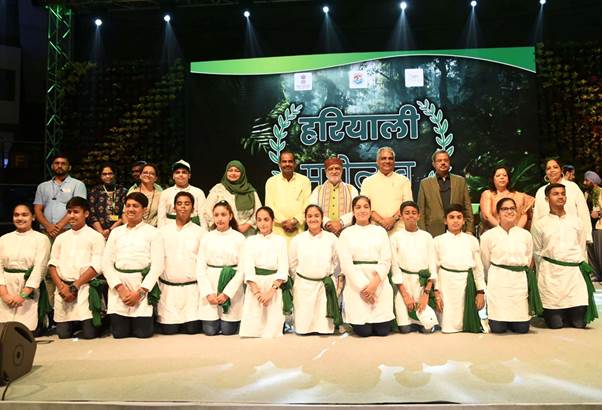 Speaking on the occasion, Union Minister of State for Environment, Forest and Climate Change and Consumer Affairs, Food and Public Distribution, Shri Ashwini Kumar Choubeysaid that tackling climate change is among the major challenges confronting the world.  He reiterated PM’s clarion call for Lifestyle for Environment (LiFE) and highlighted the importance of trees in Indian Vedas and mythology.  The Minister shared his resolve to plant trees continuously over the next 2 months and urged the nation to not only plant trees but also nurture them.

Secretary, Smt. Leena Nandan expressed that everyone has a relation with nature and todays’ program is markednot only for plantation of trees but also symbolises the celebration of 75 years of Independence as ‘Azadi ka Amrit Mahotsav’. She appealed to the children to not only resolve to plant trees but also spread the message to every individual they come across.

Commissioner of Police, Shri Rakesh Asthana; Director General of Forests &Special Secretary, Shri Chandra Prakash Goyal; PCCF NCT of Delhi, Shri C.D. Singh and Additional Director General of Forests, Dr. S. P. Yadavand other senior officers of MoEF&CC also participated in the event. The children from various schools of Delhi and other stakeholders also joined the celebration. The event started with a Nukkad Natak from the school children of ASN Senior Secondary School, Delhi giving key messages on tree plantation and substituting the plastic from our life and also gave message through a pledge on save trees and protect our planet. The programme reached the pinnacle with a green concert being played by the famous Grammy award winner, Indian music composer Ricky Kej. As the music play a significant means of creating awareness especially immediate imprinting on the youth’s mind, this green concerts was organised highlighting the important role played by flora, fauna and rivers in the conservation of environment and biodiversity.