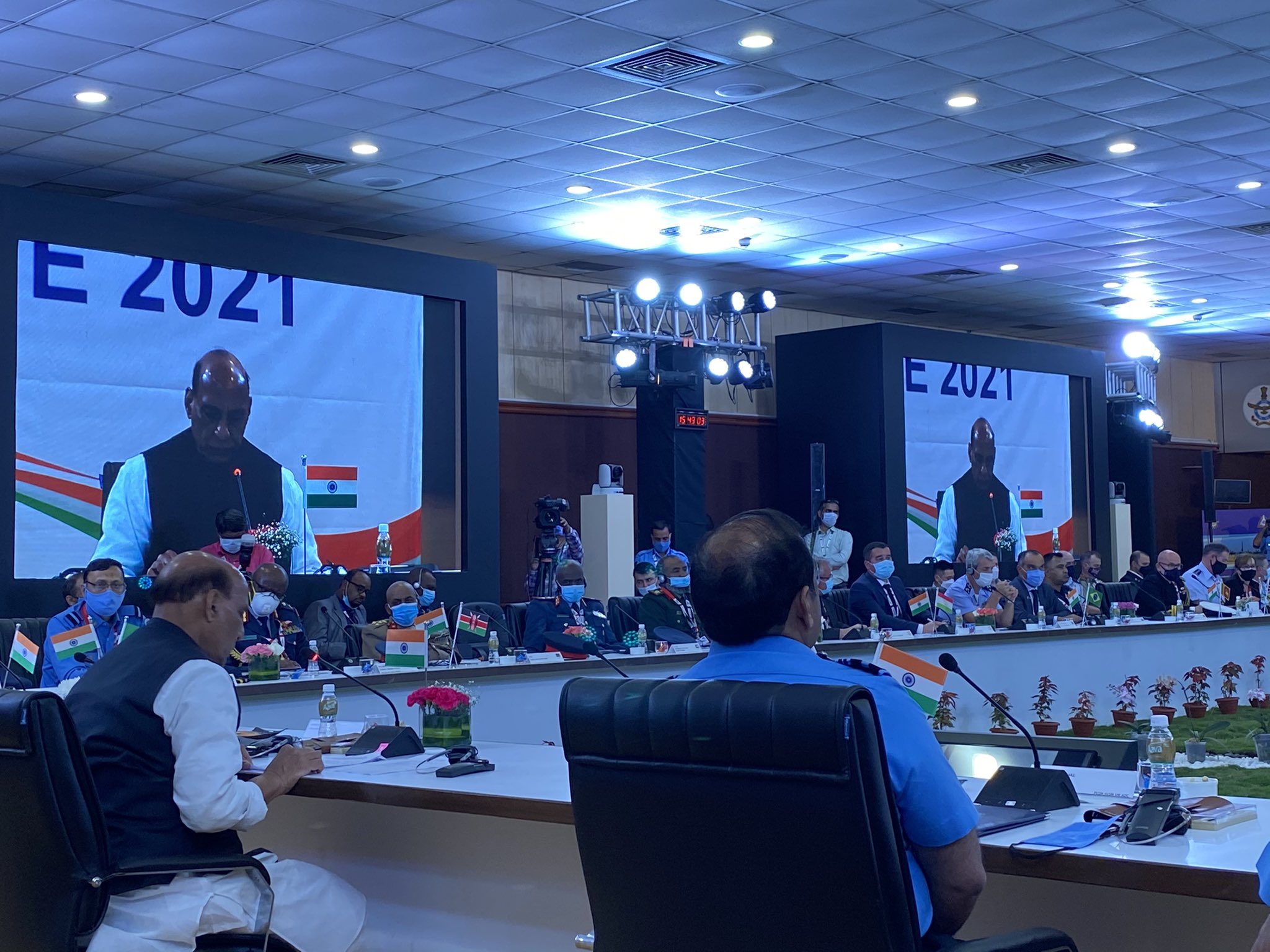 New Delhi: India will host Indian Ocean Region (IOR) Defence Ministers’ Conclave on February 04, 2021 on the margins of Aero India 2021 – Asia’s largest Aero show to be held at Bengaluru from February 3-5, 2021. The broad theme of the conclave will be ‘Enhanced Peace, Security and Cooperation in the Indian Ocean’. The event will commence with welcome address by Defence Secretary and addresses by Defence Ministers of different IOR Countries. Raksha Mantri Shri Rajnath Singh will give the concluding remarks.

The conclave is an initiative to promote dialogue in an institutional, economic and cooperative environment that can foster the development of peace, stability and prosperity in the Indian Ocean region. The conclave would address aspects related to Defence Industry co-operation amongst participating countries, sharing of resources available in Indian defence shipyards for design & shipbuilding, Indian Ports with friendly countries, Information-sharing towards increased maritime domain awareness, maritime surveillance and co-operation, Humanitarian Assistance & Disaster Relief (HADR), Marine Pollution Response activities, Development of technologies and capabilities for harnessing marine resources, etc.

The conclave and the two follow up seminars will be instrumental in realising IOR into a region of ‘Peace, Progress and Prosperity’ and enhancing the co-operation and coordination among countries of the region for sustainable development and mutual coexistence.

India is geographically central to the Indian Ocean and has a vast coastline of 7,500 kms. India’s vision for Security and Growth for All (SAGAR), as articulated by Prime Minister Shri Narendra Modi, cannot be realised without close cooperation and engagements amongst countries in the Indian Ocean Region (IOR). Navigating through the pandemic year of 2020, India is taking the lead in organizing an international platform for the world Aerospace and Defence (A&D) leaders to exchange ideas and forge partnerships towards synergizing the efforts in the A&D sector.