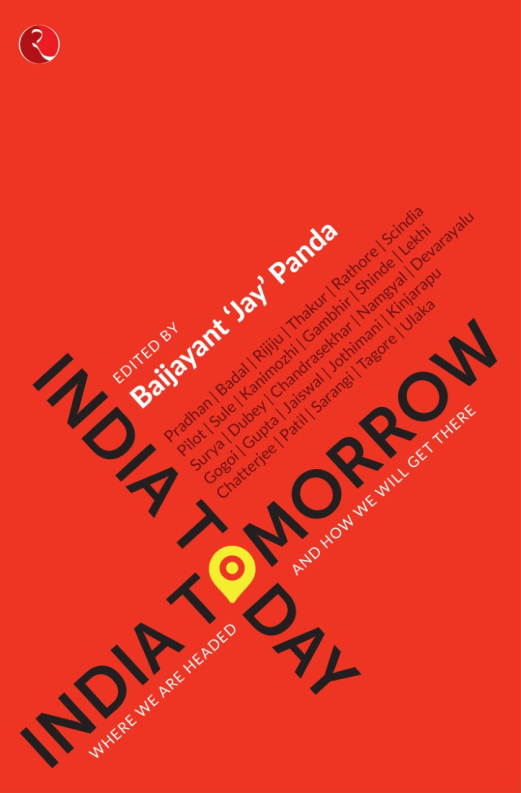 India Today; India Tomorrow: Where We Are Headed And How We Will Get There by Baijayant ‘Jay’ Panda

A must-read for anyone interested in India and its role in the comity of nations.

India was marching ahead to become a significant power at the world stage. But then COVID-19 struck, leaving the country—as also the rest of the world— reeling under its catastrophic impact. While it gives the pandemic a good fight, India mustn’t lose vision of the future that its leadership had envisaged for it. How indeed does the India of tomorrow look like? And how do we get there, especially in the aftermath of the pandemic?

Edited by Baijayant ‘Jay’ Panda, this volume offers a navigation plan from India today to India tomorrow in the voices of the very people holding the reigns to the future.

India has an arduous road ahead of it. What it needs to do is to not lose sight of the goalpost and a strategic approach. This book is that strategic plan.

ABOUT THE AUTHOR
BAIJAYANT ‘JAY’ PANDA is National Vice President of the Bharatiya Janata Party (BJP). From a private-sector background, he was involved with the foundation of the regional party Biju Janata Dal in 1997 and was its parliamentary party leader in the Rajya Sabha for seven years. Elected two terms each in the Rajya Sabha and Lok Sabha, he came to be known as the face of Odisha politics in the national capital during that time. Panda has built a reputation as one of India’s few thinking politicians who are a familiar face on TV debates and newspaper op-ed pages as a rational, centrist voice. He is one of the most popular politicians in Odisha, with a large following among its youth. A licenced pilot since his 20s, he has often flown relief and rescue missions in the aftermath of natural disasters in Odisha.

Book Profile: FROM GILLIDANDA TO GOLF: A Memoir by Ram Varma