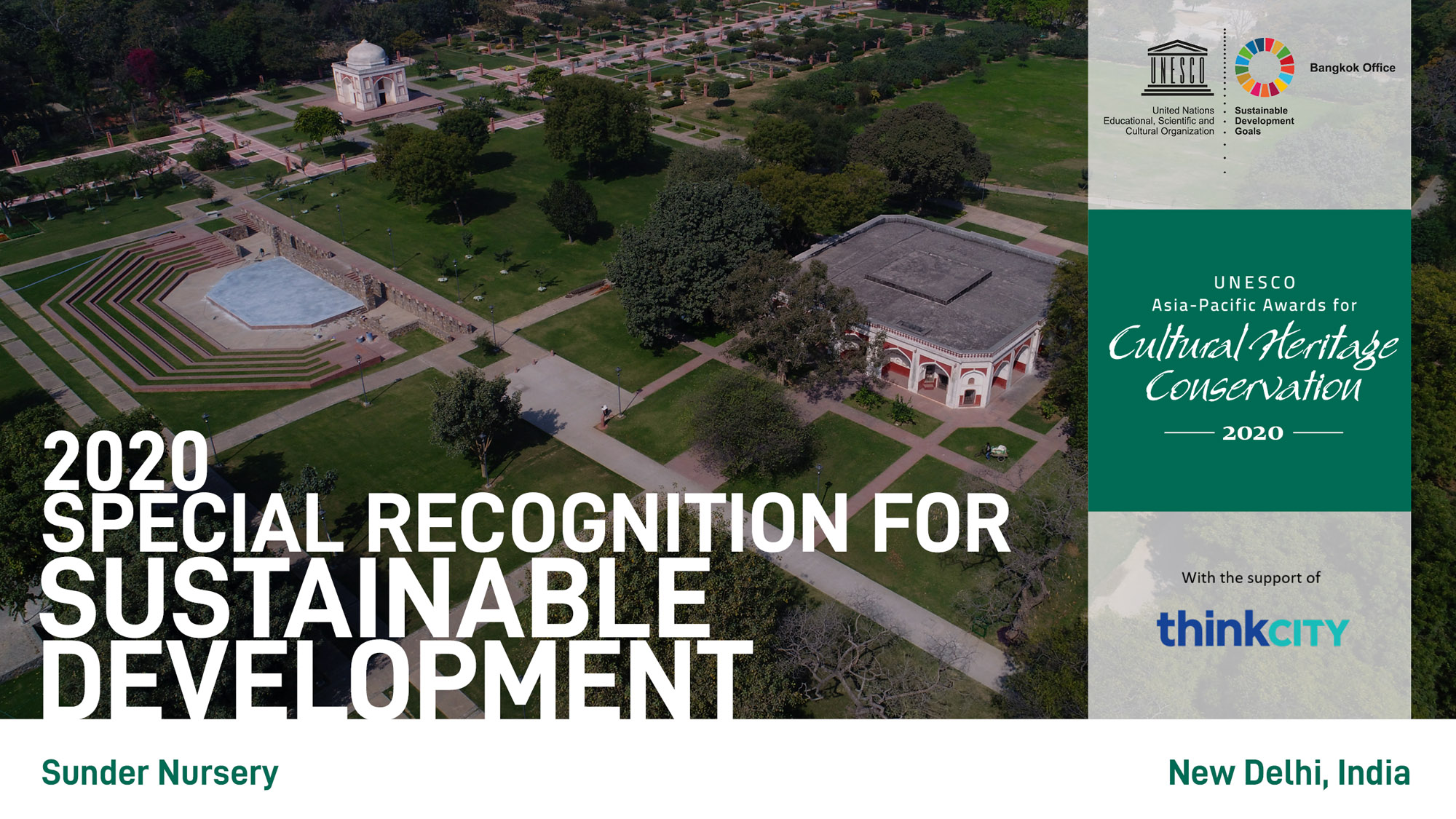 New Delhi: The winners for the 2020 UNESCO Asia-Pacific Awards for Cultural Heritage Conservation were released by UNESCO Bangkok on 16 December 2020.

UNESCO New Delhi is pleased to share that Delhi’s Heritage Park, Sunder Nursery received the Award of Excellence for their successful efforts towards ecological and heritage restoration. Sunder Nursery was recognized for Special Recognition for Sustainable Development, in addition to its Award of Excellence, for its “transformative impact in turning a barren site into an urban oasis in the heart of New Delhi.”

Koothambalam at Guruvayoor Temple, Kerala received the Award of Distinction for their efforts to revitalize the link of architectural heritage with its artistic traditions.

ety, Mumbai received the Award of Merit for their attempts to bring back the building to its former glory and their use of community in the restoration of its historic compound respectively.

Since 2000, UNESCO Asia-Pacific Awards for Cultural Heritage Conservation have been recognizing the achievement of the private sector and public-private initiatives in successfully conserving or restoring structures, places and properties of heritage value in the region. The Awards recognize excellence in three main areas of achievement: understanding the place, technical achievement, and sustainability and impact.