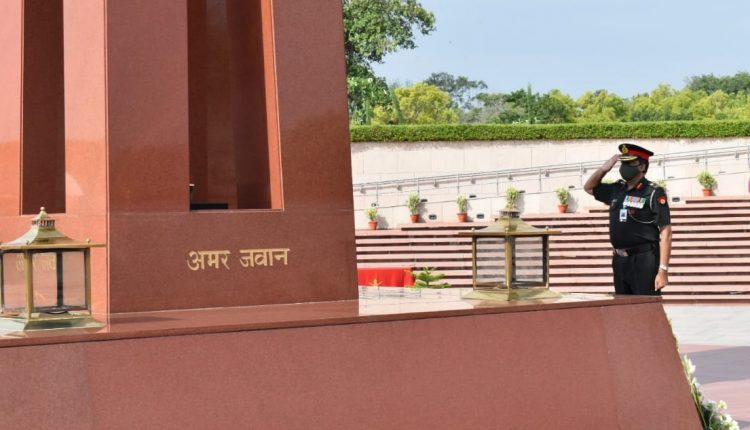 New Delhi: Indian Army celebrated the 100th anniversary of the raising of Army Educational Corps (AEC) on 01 June 2021. On this occasion, Maj Gen Devesh Gaur, Additional Director General Army Education and Colonel Commandant, AEC laid wreath at the National War Memorial on behalf of all ranks of the Army.

History of the AEC dates back to 1921 when the mass scale of illiteracy amongst the Indian soldiers were prevalent. Since then, many remarkable developments have seen AEC grow over the years adapting seamlessly to the rapid growth of education and technology as also the organisational needs.

The Corps is rendering yeoman service in conduct of Map Reading training, Academic training at Pre-Commission Training Academies, capability development in foreign languages, Military Music, handling of Right to Information cases and shaping young minds in various Rashtriya Military Schools and Sainik Schools. Implementation of informal educational programmes like IGNOU Army Education Project (IAEP) and NIOS Education Project for Indian Army (NEPIA) to ensure continuing education for personnels, wards and dependents are other notable initiatives undertaken by the Corps. As the field of knowledge and education expands aligning itself to the technology advancement, the Army Educational Corps is prepared to meet the emerging challenges and the organisational needs in time to come.