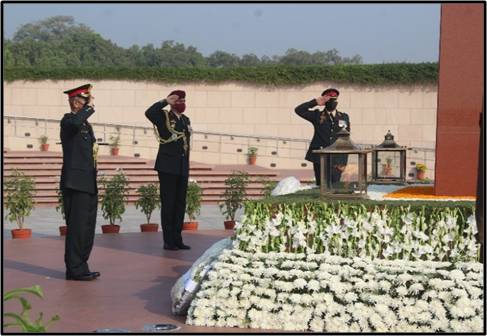 New Delhi: Indian Army celebrated the 240th Corps of Engineers Day on 18 Nov 2020. In a solemn ceremony organized at ‘National War Memorial’, Lt Gen SK Shrivastava, Engineer-in-Chief along with other serving officers, JCOs and other ranks laid wreaths and paid homage to the brave soldiers who sacrificed their lives for the country.

Kyrgyz Republic Economy to Rebound in 2021 and 2022 Despite…

Rescheduling of the Civil Services (Preliminary)…

The Corps of Engineers provides combat engineering support, develops infrastructure for armed forces and other defence organisations and maintains connectivity along our vast borders besides providing succour to populace during natural disasters. These tasks are executed through four pillars of the Corps – Combat Engineers, Military Engineer Service, Border Road Organisation and Military Survey.