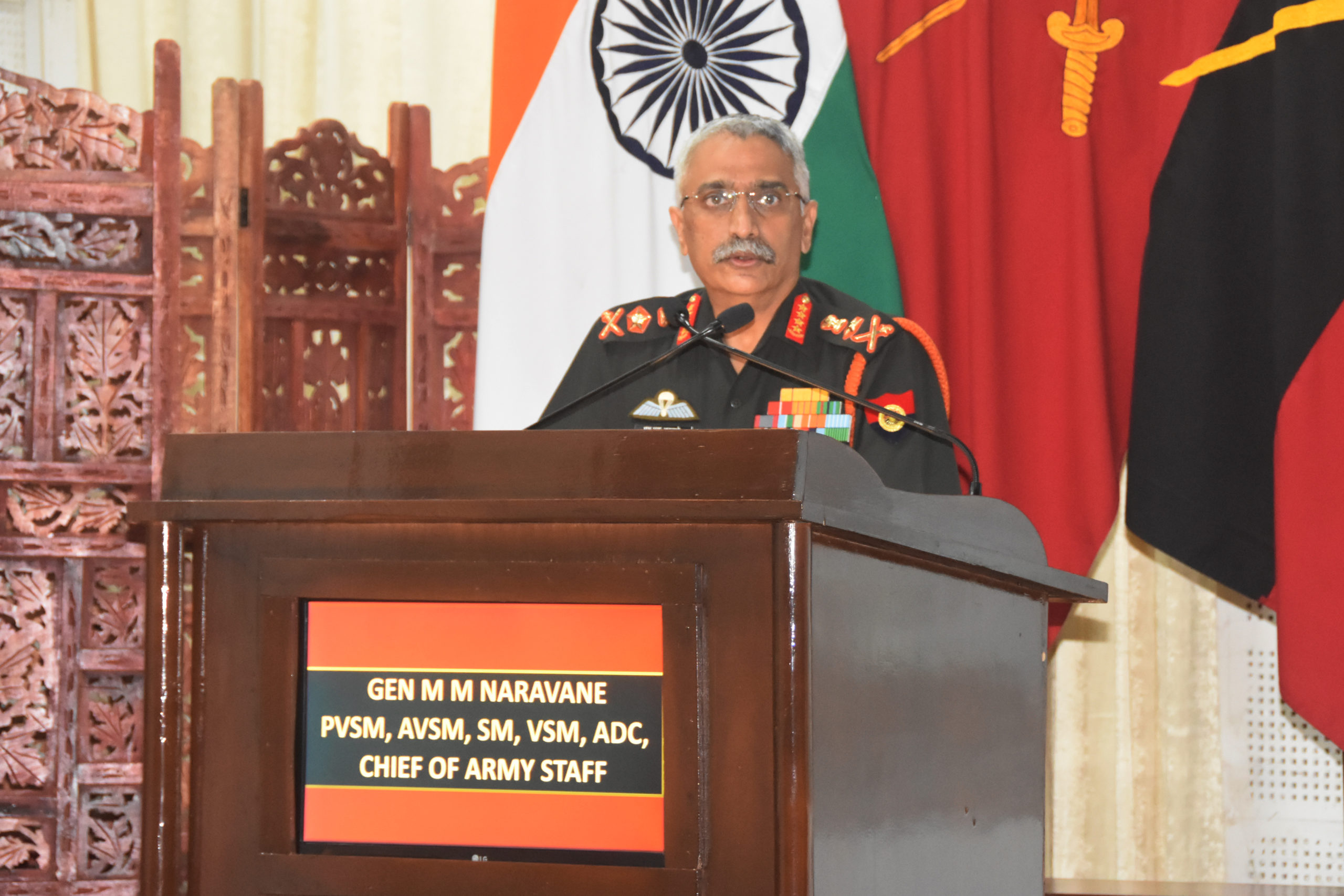 New Delhi: Warfare has undergone a sea change due to the emergence of new domains of warfare and disruptive technologies. There is a technology tsunami which is underway and it will compel militaries to reorganize and re-structure to fight future wars. In order to address various aspects of the impact of disruptive technologies, a seminar was organized on the “Impact of Disruptive Technologies on Our Fighting Philosophy in Future Conflicts” as part of the Defense and Strategy Seminar 2020 at Army War College, Mhow from 24-25 August 2020. The event was conducted as a webinar due to the COVID-19 restrictions, across 54 locations with 82 outstations spread across the length and breadth of the country.

The panelists of the seminar comprised subject matter experts’ including military, technocrats, academician and speakers from across the spectrum of specialists on the subject to deliberate on the relevant themes and crystallize ideas and develop them into formal papers and Doctrines. Lieutenant General Raj Shukla, GOC-in-C, ARTRAC commenced the proceedings with an incisive and eloquent key note address. Disruptive technologies like Cloud Computing, Artificial Intelligence (AI), Augmented Reality/ Virtual Reality (AR / VR), Robotics, Big Data Analytics, Cyber, Small Satellite, 5G/6G, Quantum Computing and cyber warfare were discussed thread bare during the event. The Seminar was a sounding board for the Indian Army on doctrinal and strategic issues of vital national importance and resulted in obtaining insight into complex themes.

General MM Naravane, the Chief of Army Staff attended the seminar on 25 August 2020 to provide valuable strategic guidance to the Indian Army. The COAS highlighted the impact of disruptive technologies in warfare and war fighting and emphasized that the current modernization drive was focused on upgrading existing weapon systems and platforms, and Indian Armed Forces would have to pay adequate emphasis on the available disruptive technologies that have dual use and are being driven by commercial entities and innovations. He recommended that an overarching national mission to identify the needs and congruence of products into military applications must form part of armed forces modernization strategy.

The seminar was the first virtual initiative of its kind at such a large scale and the COAS complimented Army War College on the successful conduct of the seminar.

ICMR Sero surveys expected to be published this week in ‘Indian Journal of Medical Research’ after being subjected to two rounds of peer reviews: DG, ICMR