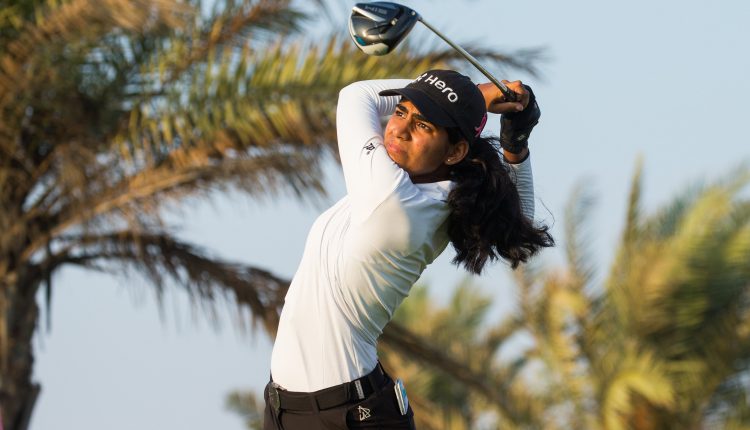 New Delhi: India will be well represented in this week’s Aramco Saudi Ladies International presented by Public Investment Fund with the country’s two leading women golfers Tvesa Malik and Diksha Dagar competing for a share of $1million prize money in the second event of what will be a record-breaking season on the Ladies European Tour.
The duo are in King Abdullah Economic City – around an hour outside of Jeddah – for the third installment of the Saudi tournament.
There, they will compete against field featuring the likes of Major-winners and Solheim Cup stars Georgia Hall, Anna Nordqvist, Emily Kristine Pedersen and Bronte Law in what is now one of the biggest paying events on the LET calendar.
In fact, 2022 will see players battle it out for a season purse worth more than $29million – the largest in Ladies European Tour history, up by close to $8million on 2021, and more than double the prize-money on offer back in 2019.
To Malik, the direction of travel for the Tour is hugely exciting, and she is looking forward to laying down an early season marker at one of the biggest non-Major events of the year.
She said: “I’m very excited to be back, and I’m very excited to start here in Saudi with such a big event. The course looks really good, so I’m looking forward to it. This is the windiest we’ve played it so far but I’m getting used to it now. It takes some getting used to, but yeah, I think it’s going to be a good test.”
This will be Malik’s first event of the new season following a three-month break spent at home – time she used to work on a number of alterations to the way she plays the game.
“I worked on a lot of changes in my swing, just to see if I can get a little better,” explained Malik, who has been an LET professional since 2017. “It’s a work in progress that needs a little bit of time, but I’m working hard at it, so I hope it all comes together soon.
“I had a decent finish last year. I finished in the top 20, but I’d like to finish better than that this year. If I can get the swing changes to set in, I think I’ll be pretty happy.”
As she tees-off for the new season, the 26-year-old is excited by competing on what will be the LET’s most lucrative year yet. That starts with the $1million up for grabs in Saudi Arabia this week.
Asked on the increased investment in the women’s game, she said: “I think it’s amazing. It makes it really exciting and is reward for how hard we work and how much time we’re spending out here. This is what we’re choosing to do as a career, so it’s nice to see people are believing in it and putting more money in it, because it makes it so much more worthwhile for us.
“I think all the players agree that the Saudi Ladies International is a tournament that no one wants to miss. Everyone wants to keep coming back for it: it’s a beautiful golf course, and the facilities are so great. It always feels very special and feels like a big event. It’s great to have Golf Saudi supporting us in this way.”
Asked if Royal Greens Golf & Country Club is a golf course that suits her, Malik added: “Yes, definitely. I really enjoyed my time here last year. I think if you’re hitting it good, you have so many chances to make birdies, and that’s really exciting. I do like the course a lot.”
Speaking ahead of the tournament starting tomorrow, Diksha Dagar admitted that she too has her eyes set on making an impact in Saudi Arabia.
She said: “I have played this course many times. The last time I played was in the Aramco Team Series – Jeddah in November with Georgia Hall and Maha Haddioui and I had so much fun. This week is a big event with $1million prize money. That’s a lot of money for the girls who play on the Ladies European Tour, so I’m looking forward to playing and to try to win this trophy.
“I played in Kenya last month where it was almost the same conditions as here with a very strong wind. My putts didn’t go in for the first two days but after that they started dropping, so after a bit more putting practice I’m feeling confident.”
The Aramco Saudi Ladies International presented by Public Investment Fund tees-off on Thursday at Royal Greens Golf & Country Club, King Abdullah Economic City.

Upskill yourself with Coursera this International Day of Mathematics