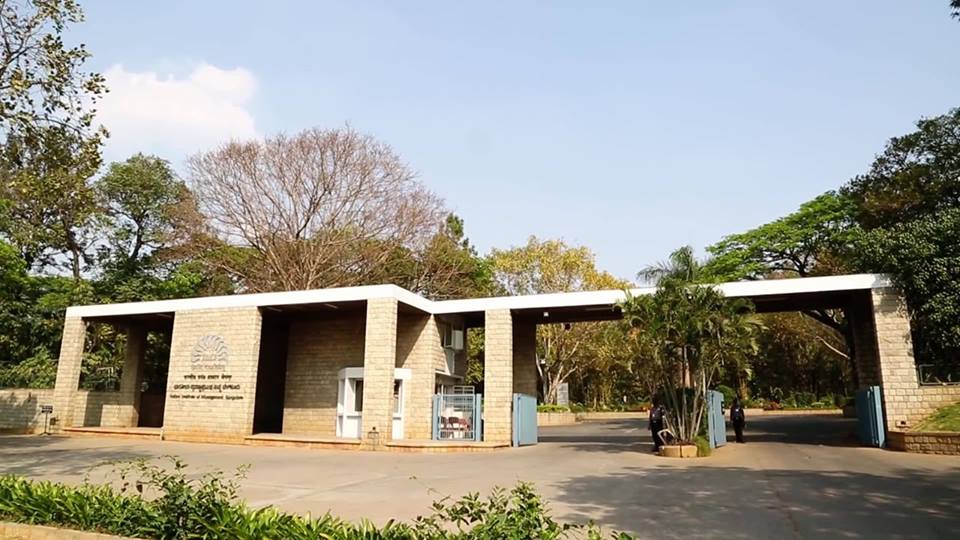 Bengaluru: Indian Institute of Management Bangalore (IIMB) will celebrate its 44th Foundation Day on Saturday, October 28, 2017, with a plethora of events and activities on campus.
The events include a panel discussion where former IIMB directors will share their views on ‘Building the IIMB Institution’, the Foundation Day Lecture and the Distinguished Alumni Awards (DAA) ceremony.
Prof. G. Raghuram, Director, IIMB, will present a report on the institute’s achievements during the event. Between 5.30 pm and 6.30 pm, there will be a panel discussion on ‘Building the IIMB Institution – A Director’s Perspective’, which will be moderated by Prof. Raghuram. The panelists will be former IIMB Directors.

This year’s theme for the Foundation Day Lecture is ‘Japan-India Relations in a New Era: Partnership for Prosperity’ and the lecture will be delivered by the Chief Guest, H.E. Kenji Hiramatsu, Ambassador Extraordinary and Plenipotentiary, Embassy of Japan in India, at the IIMB auditorium from 6.40 pm.
The presence of the Ambassador assumes significance for IIMB since it was on September 14 this year that IIMB inaugurated the India-Japan Study Centre.

Ambassador Hiramatsu is a graduate from Kyoto University. He was appointed as Ambassador of Japan to India in November 2015 and to Bhutan in February last year. Prior to his appointment as Ambassador of Japan to India, he served as Deputy Vice-Minister for Foreign Policy from 2012 to 2015, where he was responsible for overall foreign policy making in the Ministry of Foreign Affairs. In this capacity, he played a central role in Japan’s new landmark legislation for peace and security. He was one of the authors of the first National Security Strategy in 2014. He was also responsible for a whole range of issues related to the United Nations including the reform of the UN Security Council. Ambassador Hiramatsu also served as Director-General for Global Issues from 2011 to 2012 and was engaged in several important multilateral negotiations. He was a Prime Minister’s special envoy for climate change negotiations and contributed to establishing a new climate change framework.

After joining the Ministry of Foreign Affairs in 1979, Ambassador Hiramatsu has dealt with a wide range of issues, which include national security, multilateral trade negotiations and global agenda such as development, climate change, health and women’s empowerment. He took important positions such as Deputy Director-General for Economic Affairs, Executive Assistant to the Minister for Foreign Affairs and Director for Northeast Asia Division, where he was instrumental in realizing the historic visit of Prime Minister Koizumi to North Korea. His overseas postings include Paris and London.

The IIMB Foundation Day celebrations will also see Distinguished Alumni Awards (DAA) being conferred on Muralidhar Dhuddu (PGP 1977), Founder, SNAM Abrasives Pvt. Ltd., Sameer Suneja (PGP 1994), Global CEO, Perfetti Van Melle, and Dr K P Krishnan (FPM 2003), Secretary, Ministry of Skill Development and Entrepreneurship, GoI.
It will be a proud moment for the institute to be able to honour the three awardees for their significant professional excellence as well as their contribution to industry, academia and society.
Each recipient of the Distinguished Alumni Award receives a citation and will have their name engraved on the Wall of Fame at the institute.